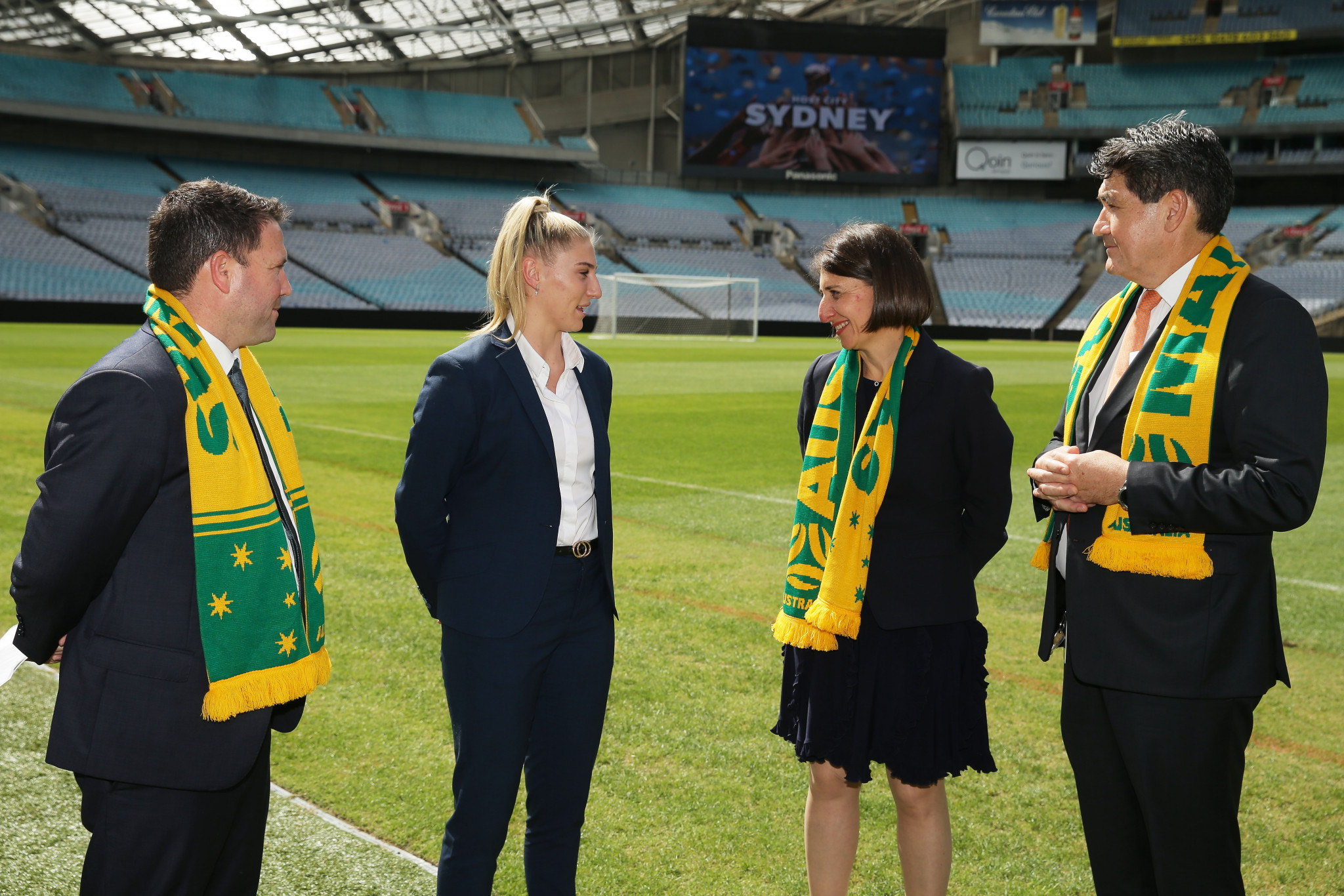 Preparations for the 2023 FIFA Women’s World Cup will take an important step forward in Australia and New Zealand this month as a delegation from football’s world governing body are due to take part in a two-week tour of inspection.

It will also be the first edition of the FIFA Women’s World Cup to feature 32 teams rather than 24.

The delegation, including experts from key operational areas, are scheduled to visit the nine host cities and 10 stadiums in Australia and New Zealand, as well as inspecting other potential tournament venues.

During the two-week visit, FIFA representatives will also meet with leading stakeholders and representatives in Australia and New Zealand, including host member associations and local authorities, to discuss preparations and key operational matters for the tournament.

The New Zealand leg of the visit starts tomorrow with a visit to Wellington Stadium, which will be followed by dates at Waikato Stadium, Eden Park - due to host the opening match - and Dunedin.

The Australian leg will start with inspections at Stadium Australia - scheduled to stage the final - and the Sydney Football Stadium on June 29 to 30, followed by visits to the Brisbane Stadium, the Hindmarsh Stadium in Adelaide, the Perth Rectangular Stadium and finally, on July 4, the Melbourne Rectangular Stadium.

With just over two years to go until the tournament kicks off, Dave Beeche has been appointed as the chief executive of the event and will lead the overall delivery of the tournament, together with the chief operating officers, Jane Fernandez, based in Australia, and Jane Patterson, based in New Zealand.

Originally from New Zealand, Beeche has an accomplished track record as a chief executive in both Australia and New Zealand, with over 15 years’ experience leading commercial and non-profit organisations in the sports, events and tourism sectors.

Beeche was chief executive of the Local Organising Committee for the FIFA Under-20 World Cup in New Zealand in 2015.

FIFA has also announced that it has awarded the exclusive rights in Australia for the tournament to Optus Sport.

As part of the agreement, Optus will show all 64 matches of the biggest event in the international women’s game on its Optus Sport platform in Australia.

One match per day, including the key matches of the tournament and all Matildas’ matches, will be made available nationwide with free access.

The Optus coverage of the tournament will reach fans across all platforms with highlights, support programming and other digital content.

Since the first edition in 1991, the FIFA Women’s World Cup has grown exponentially to become the most-watched single-sport event for women globally.

The most recent edition in France in 2019 attracted a record audience of over 1.1 billion viewers, smashing domestic viewing figures in many territories.