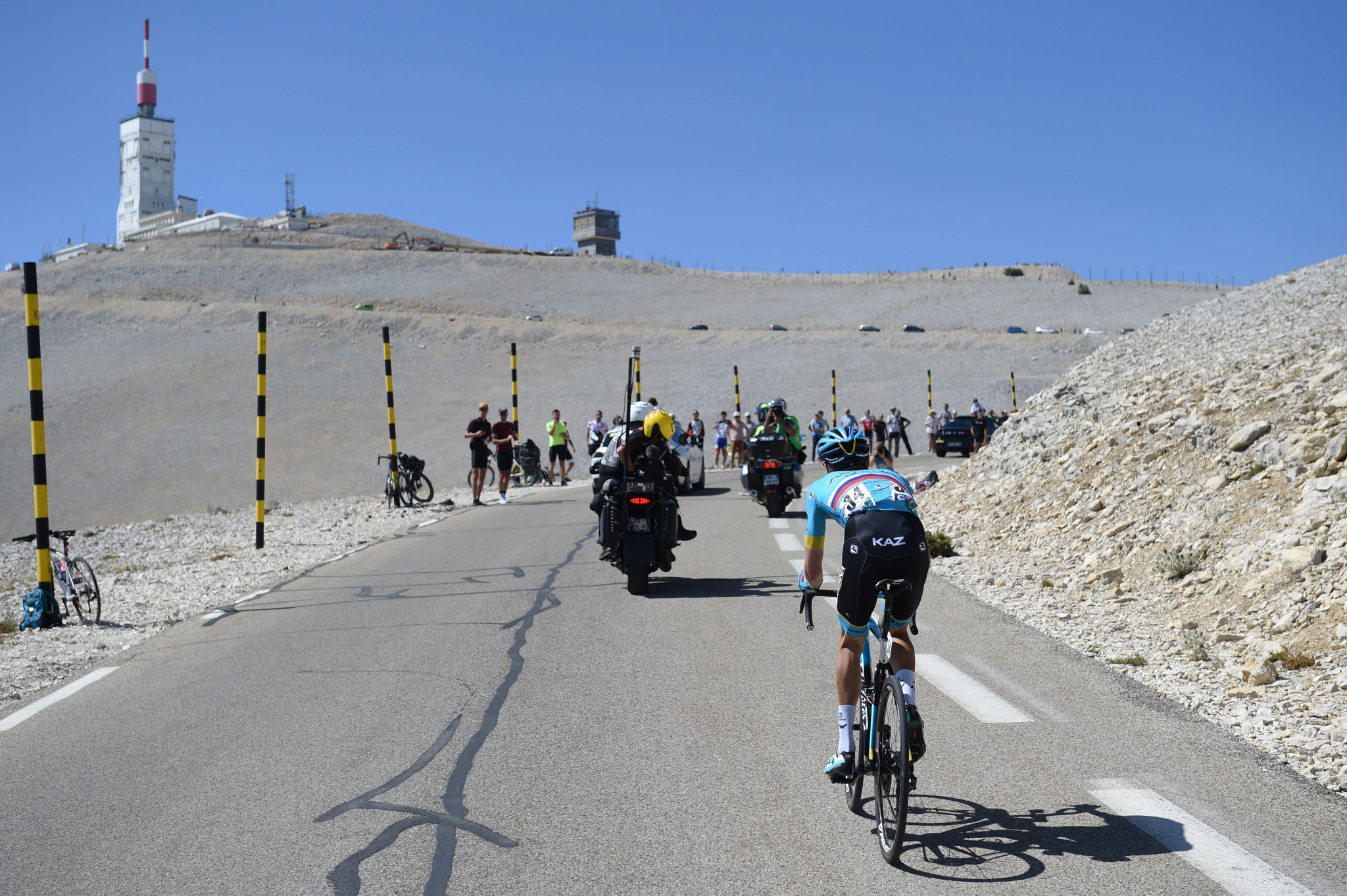 Two ascents of Mont Ventoux serve as the headline stage of the 2021 Tour de France after organisers confirmed the route for next year’s race.

The 2021 Tour de France was due to start in Copenhagen, but the Grand Depart in the Danish capital had to be postponed to 2022.

The postponement came due to the earlier start time required to avoid an overlap with the rescheduled Tokyo 2020 Olympics and clashed with Euro 2020 football matches being held in the city.

Brittany was named as the replacement in August, with organisers confirming its four stages have been tailored to punchers and sprinters.

The first week of the race features challenges for the general classification contenders, including a climb of the Mûr-de-Bretagne on stage two.

Stage five will see the first of two individual time trials of the race, with riders facing a 27 kilometre route from Changé to Laval.

Alpine stages finishing in Le Grand Bornand and Tignes will complete the first nine days of racing, prior to the first rest day.

The second week features two climbs of Mont Ventoux on stage 11, marking the first time riders will have to tackle the climb twice on the same day in the race’s 108-year history.

The climb will be tackled from two different sides, before the peloton have to contend with the descent to the finish in Malaucène.

Two flat stages will follow before climbing resumes, with a 192 kilometre mountain stage in Andorra the final obstacle ahead of the second rest day.

The third week sees the race continue in the Pyrenees, with ascents of the Col du Peyresourde and the Col de Val Louron-Azet on stage 17.

A 130-kilometre stage 18 will feature tough climbs of the Col du Tourmalet and Luz-Ardiden.

The winner of the race will be known after the 31km individual time trial from Libourne to Saint-Émilion on stage 20.

Organisers will hope for a repeat of the drama on the final time trial of this year’s race, where Tadej Pogačar overturned a deficit to fellow Slovenian Primož Roglič to triumph at the race.

Next year’s event will conclude with the largely ceremonial final stage from Chatou to Paris, with sprinters eyeing a final victory on the Champs-Élysées.

Sprinters are expected to have around seven opportunities to secure stage wins during the three-week race.

The route was unveiled by organisers on the set of France Télévisions' Stade 2 weekly programme.