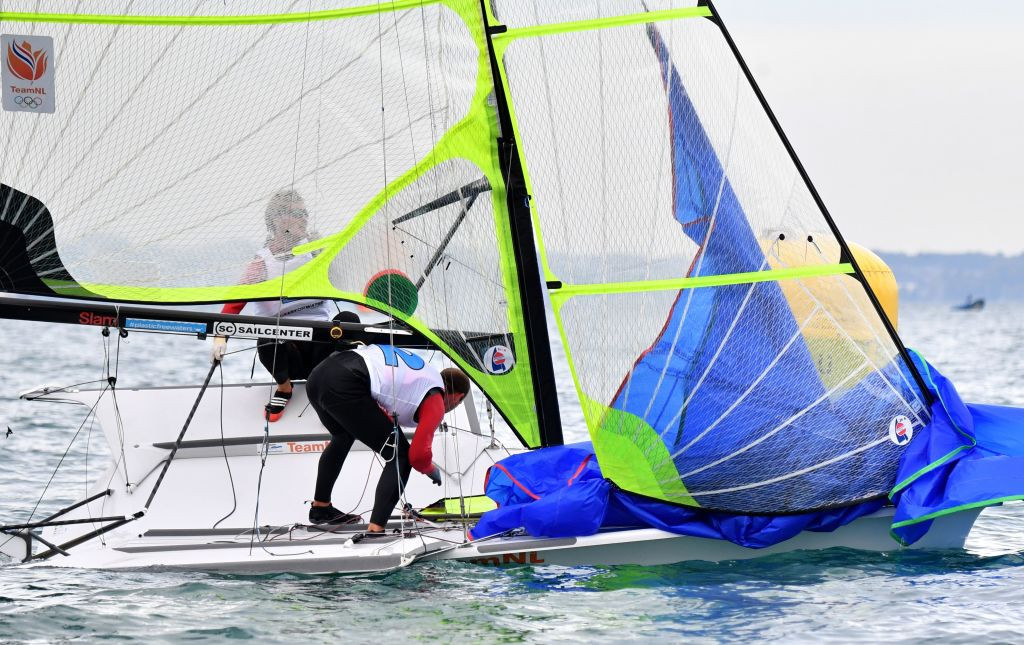 Victory in the two final 49er races of the day took home crew Bart Lambriex and Pim van Vugt to the top of the standings at World Sailing's World Cup event at Medemblik in The Netherlands.

And the Dutch are flying high too in the women’s 49erFX racing, where Annemiek Bekkering and Annette Duetz, the 2018 world champions, having won all three of their races on day one, maintained their lead after two more contests today in which they finished third and first.

France’s Tokyo 2020 49er class sailors Lucas Rual and Emile Amoros, overnight leaders after the first day, dropped to third following the three races completed today as they twice placed 10th and then had a 21st placing which they discarded.

Lambriex and van Vugt, also selected for Tokyo 2020, had finished with a win on day one and were 11th in the opening race of the day before hitting their winning form again to finish on a net score of 18 points.

That leaves them three ahead of Germany’s Jakob Meggendorfer and Andreas Spranger, who had third and fourth places today followed by a discarded 16th placing.

Rual and Amoros are on 25, with other French crews in the two places below them and level on points - Kevin Fischer Guillou and Noe Delpech, and Erwan Fischer and Clement Pequin.

The 49er fleet features 33 boats and three teams already selected for Tokyo 2020, the third being Jonas Warrer and Jakob Precht Jensen of Denmark.

Such has been the consistency of Bekkering and Duetz that they have discarded a placing - third - that would be welcome to most of those around them.

Their five-race total of just four points puts them 10 ahead of their nearest challengers, fellow countrywomen Odile van Aanholt and Emma Siewers, who won race four and discarded their eighth-place result in the fifth.

One point behind stand Germany’s Maria Bergmann and Hanna Wille, after placings of sixth and third.

The current racing forms the second part of what is the first World Cup Series event since the outbreak of the COVID-19 pandemic is serving as the final major race before the Tokyo 2020 Olympics for many of the 350 sailors from 47 countries involved.