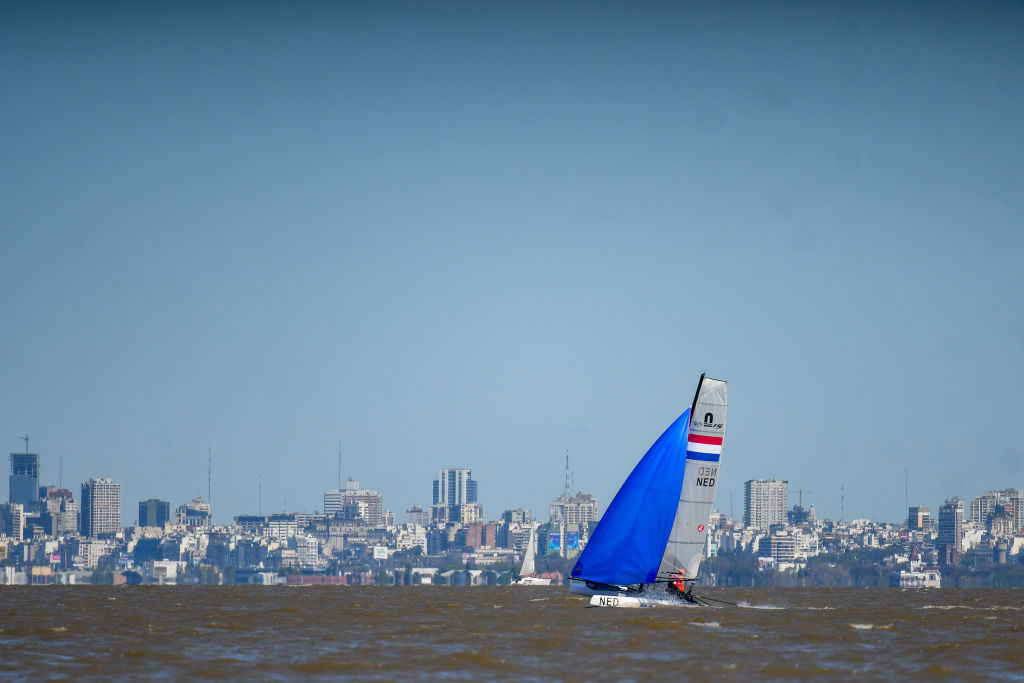 Medals in five classes have been awarded after the first half of World Sailing’s World Cup Series concluded at the Allianz Regatta in Medemblik, The Netherlands.

The first World Cup Series event since the outbreak of the COVID-19 pandemic is also likely to serve as the final major race before the Tokyo 2020 Olympics for many of the 350 sailors from 47 countries who were involved.

After five days of racing, Marie Barrue of France and Lorenzo Chiavarini of Britain took gold in the ILCA 6 and ILCA 7 class respectively, Piotr Myszka of Poland and Marta Maggetti of Italy were respective men’s and women’s winners in the RS:X, and home favourites Laila van der Meer and Bjarne Bouwer took the Nacra 17 honours.

Myszka and Italy's Mattia Camboni opened up a points gap between themselves and the rest of the men's RS:X fleet ahead of the medal race, meaning whoever came out on top in their personal battle would claim gold.

Myszka gained the advantage and never looked back as he finished second to clinch gold.

"We had 15-16 knots and I really like these conditions.

“From the beginning I was leading Mattia as I was only fighting him.

“We were match racing and I controlled him from the beginning.

“Mattia was far away from me as I finished second so I'm very happy.

“I'm so happy and I hope I keep it up until the end of the Olympics.”

Camboni finished sixth which was enough for second.

In the ILCA 7, Chiavarini needed to finish ninth or better to confirm gold after a dominant week on the water and earned seventh place.

Barrue also went into the ILCA 6 medal race in a comfortable position, needing to finish seventh or better.

Things panned out slightly better for Barrue than Chiavarini as her main rival, Ekaterina Zyuzina of Russia, crossed the start line early and received a full 22 points from the race.

"As soon as I saw the Russian girl was out, I was like, okay just do it, don't touch the mark, don't take a yellow flag, don't capsize, don't break the boat," said Barrue.

"I was quite relaxed from there and I'm happy it's over."

Barrue has not been selected to represent France at Tokyo 2020 but her win demonstrates she has what it takes to excel at the highest level.

She now has her eyes set on Paris 2024 but will also support her training group who will head to Tokyo.

Van der Meer and Bouwer had secured gold ahead of the medal race in the Nacra 17.

"This was our first World Cup and a first win," said der Meer.

But the medal race decided silver and bronze, which went respectively to Jesse Lindstaädt and Jill Paland of Germany and Andrea Spagnolli and Alice Cialfi of Italy.

Regatta Center Medemblik will now re-set for the second half of the World Cup Series event with the 49er and the 49erFX fleets due to race from June 9 to 13.