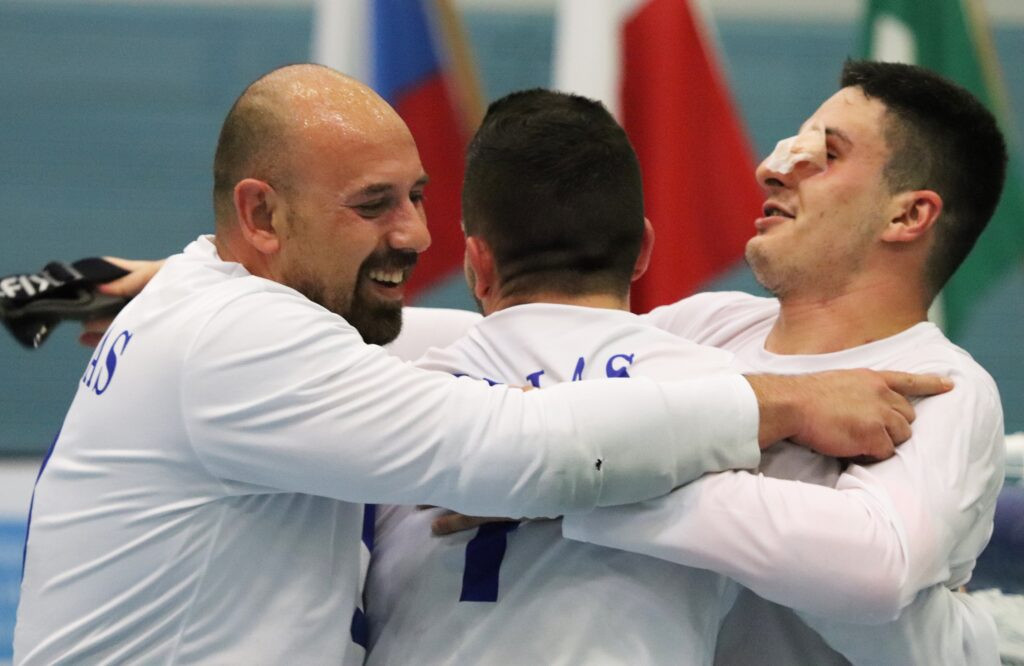 Greece has claimed the gold medal after defeating Montenegro in the International Blind Sports Federation (IBSA) Goalball European Championships B in Lahti in Finland.

With both nations already confirming promotion to the top tier of the competition for the next edition, they were now playing for the title of champions, with Greece winning 8-3.

Athanasios Chatzipantou ran riot in the first half, scoring four to Montenegro's one, and added another from a penalty while their opponents struggled to find a rhythm.

Grigorios Tatsis got on the scoresheet with two more goals to make it 7-2.

Nikola Nikolic pulled one back for Montenegro, but Chatzipantou added another to put the game to bed.

Chatzipantou finished top of the scoring standings with an impressive 48 goals in total at the Championships.

Greece beat Montenegro 8-3 and are crowned the B Euros Champions! Both teams together with third placed Russia are promoted to the Division A. Congratulations to all!#lahti2021 #goalball pic.twitter.com/xGfrK8g0TI

Next closest to him was Britain's Dan Roper with 39.

In the bronze medal match, Russia showed grit to stage a fantastic comeback against Poland, winning 11-9.

After a tight semi-finals defeat to Greece, the Russians found themselves 6-3 down after the first half as Polish players Marcin Czerwinski and Marcin Lisowski gave their side a controlling lead.

Aleksandr Kolmogorov was the first to score in the second half, as he helped with Russia's comeback.

Despite conceding an own goal, Russia then scored another three to go level with their opponents.

Ivan Antonenko sealed the bronze medal and promotion to Pool A for Russia.

France thrashed Spain 10-0 in the women's bronze medal match, while the final between Denmark and hosts Finland was cancelled after one member of the Danish team tested positive for COVID-19.