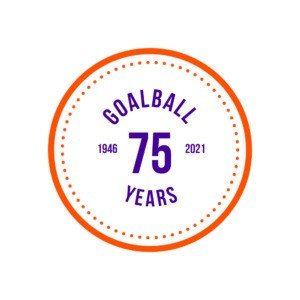 The International Blind Sports Federation (IBSA) Goalball and the European Goalball Club Association (EGCA) are set to run a series of activities this year to celebrate the 75th anniversary of the sport.

An international goalball convention, scheduled to be held on June 12, is set to be the first event to take place as part of the #Goalball75 celebrations.

Panels of experts from the sport will discuss both club and international goalball when they meet for the online event.

The convention is due to be shown live and feature members of the IBSA Goalball Committee and the EGCA talking to participants about the development of club goalball, competition formats and the future of the game.

Led by the IBSA and IBSA Goalball, the Goalball75 celebrations are set to focus on public awareness, education and training through events across the year.

These include seminars for coaches and referees as well as the first World Goalball Day later in the year.

The IBSA is also expected to launch an interactive coaching platform as part of its 40th anniversary where those interested in both grassroots and high performance sport can learn more about goalball.

The partnership with the EGCA is set to see the publication of a commemorative book where key figures from the sport will share their most cherished memories.

Athletes, coaches, referees and volunteers can also join in by sending short videos to IBSA Goalball or the EGCA on what goalball means to them which will be used on social media and shown at events in 2021.

The EGCA plans to feature the official 75 year anniversary logo at its competitions this year which include the Super European Goalball League Champions League and the Goalball Clubs World Cup.