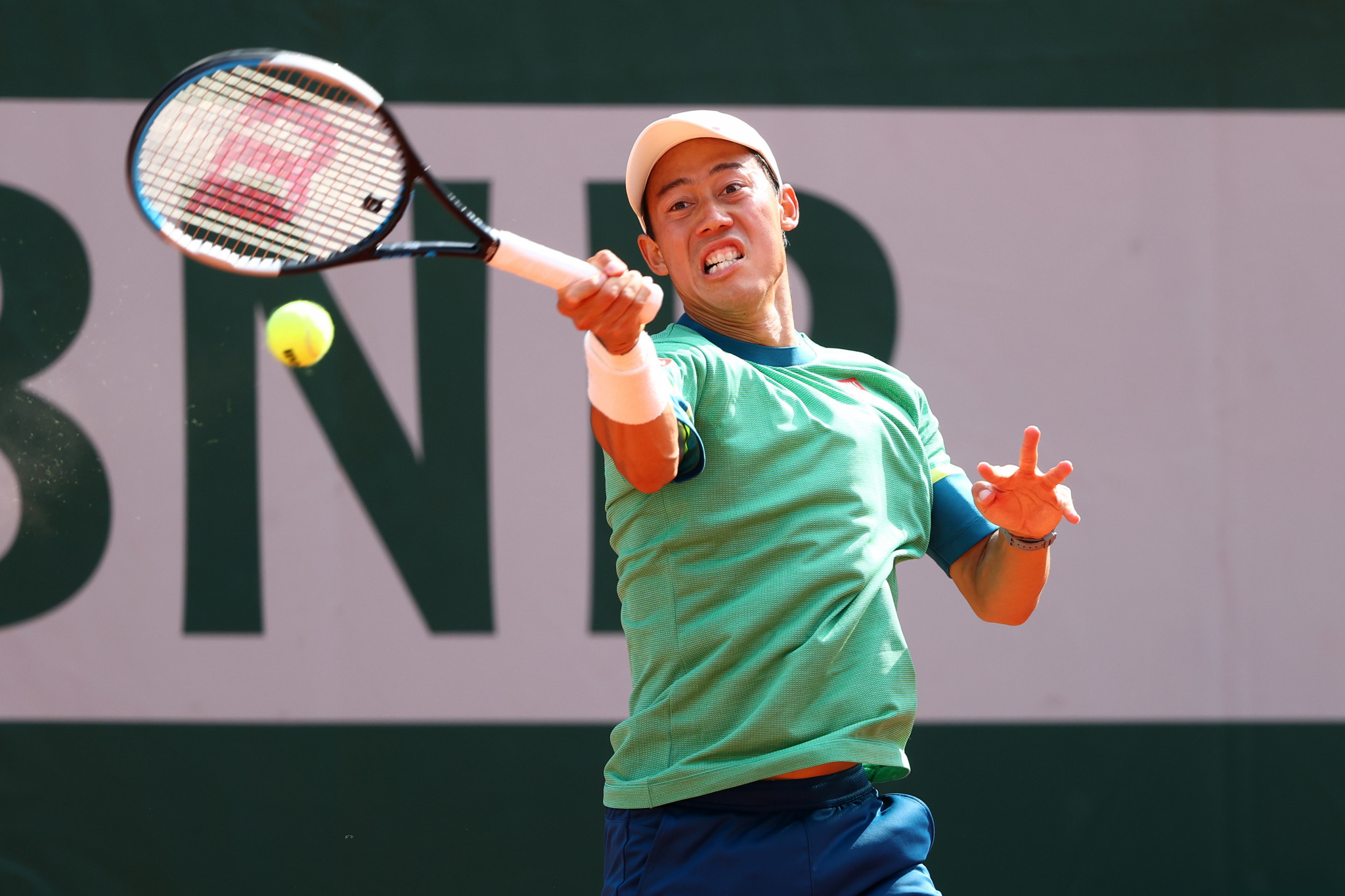 Former world number four Kei Nishikori emerged victorious from another five-set battle at the French Open with a dogged comeback win against Russian Karen Khachanov, while 23-time Grand Slam winner Serena Williams overcame a wobble to reach the third round.

Nishikori battled to beat Italian Alessandro Giannessi in five sets in the opening round and was involved in another match that went the distance in Paris.

Nishikori, a three-time Roland Garros quarter finalist, has now won 10 of his past 11 five-set matches.

Switzerland’s Henri Laaksonen will be Nishikori’s next opponent after he produced one of the biggest upsets of the day.

The highest men's seed in action today was Russia's Daniil Medvedev, the second seed, who recovered from a set down to defeat American Tommy Paul.

Playing in the night session behind closed doors on Court Philippe Chatrier, Medvedev lost the first set 6-3 before bouncing back to win the next three 6-1, 6-4, 6-3.

Sixth seed Alexander Zverev of Germany did not have it all his own way against Russian qualifier Roman Safiullin but came through with a 7-6 (7-4), 6-3, 7-6 (7-1) win to seal his place in the third round.

"The match definitely wasn't easy," said Zverev who won from two-sets-to-love down against German qualifier Oscar Otte in the opening round.

"I'm happy not to have played another five-setter.

"I think it's going to be important for me during the course of this tournament."

Norwegian Casper Ruud reached the third round of the French Open for the third successive year with a 6-3, 6-2, 6-4 victory over Poland’s Kamil Majchrzak.

There was also another straight sets win for Greek fifth seed Stefanos Tsitsipas who saw off Spain’s Pedro Martinez 6-3, 6-4, 6-3.

Tsitsipas, who is hotly tipped to reach his first French Open final, can now look forward to tackling American giant John Isner who battled past Serbia's Filip Krajinovic with a 7-6 (8-6), 6-1, 7-6 (7-5) triumph.

In the women’s draw, three-time French Open champion Williams of the United States dropped a set before finding an extra gear to defeat Romanian Mihaela Buzarnescu 6-3, 5-7, 6-1.

Bencic's loss means there are no top 20 players remaining in the bottom quarter of the draw, with Japan’s Naomi Osaka, Canada’s Bianca Andreescu and Kiki Bertens of The Netherlands all exiting the tournament.

The only player left in that quarter who has previously reached a Grand Slam semi-final is 20th seed Marketa Vondrousova.

In the battle of the Belarusians third seed Aryna Sabalenka won 7-5, 6-3 against compatriot Aliaksandra Sasnovich.

World number 85 Tamara Zidansek of Slovenia backed up her first-round upset of Andreescu with a comfortable 6-4, 6-1 defeat of American Madison Brengle.

The Belarusian moves through to the third round where she will meet American Madison Keys who defeated Canadian Leylah Fernandez 6-1, 7-5.