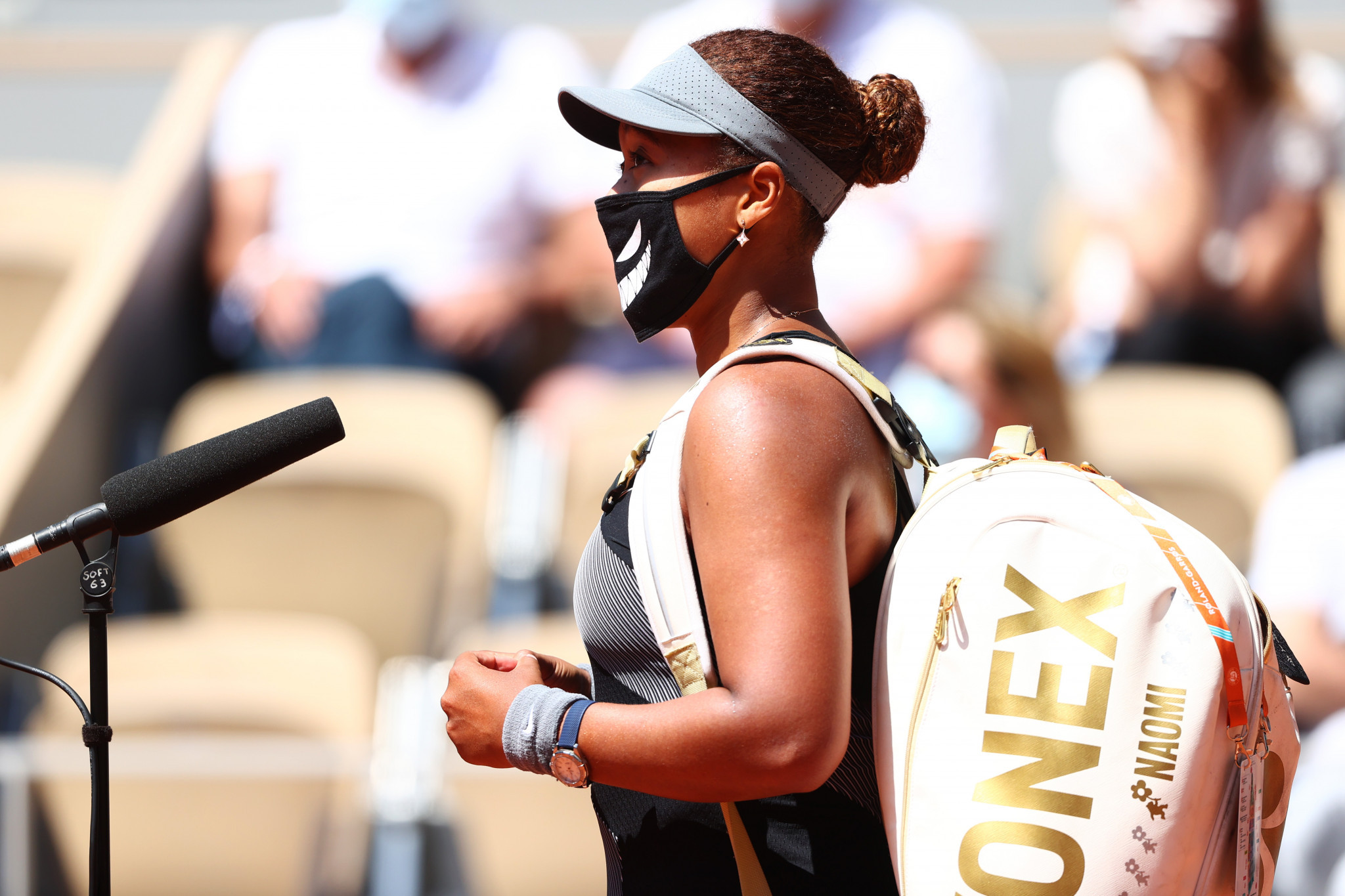 World number two Naomi Osaka has announced her withdrawal from the French Open, with the Japanese star saying it would allow everyone to "focus on the tennis", amid the fallout from her decision not to attend media conferences.

Osaka was yesterday warned by Grand Slam organisers that she faces expulsion from the French Open and future Grand Slams if she continues to refuse to do media conferences.

The four-time Grand Slam champion had announced last week that she will not be carrying out all her media duties at Roland Garros, citing mental health concerns as the reason for her boycott.

Osaka posted on Twitter confirming her withdrawal from the tournament.

"This isn’t a situation I ever imagined or intended when I posted a few days ago," Osaka wrote.

"I think now the best thing for the tournament, the players and my well-being is that I withdraw so that everyone can get back to focusing on the tennis going on in Paris.

“I never wanted to be a distraction and I accept that my timing was not ideal and my message could have been clearer.

“More importantly I would never trivialise mental health or use the term lightly.

“The truth is that I have suffered long bouts of depression since the US Open in 2018 and I have had a really hard time coping with that.

“Anyone that knows me knows I’m introverted, and anyone that has seen me at tournaments will notice that I’m often wearing headphones as that helps dull my social anxiety.

“Though the tennis press has always been kind to me (and I wanna apologize especially to all the cool journalists who I may have hurt), I am not a natural public speaker and get huge waves of anxiety before I speak to the world’s media.

“I get really nervous and find it stressful to always engage and give you the best answers I can.”

Osaka said that her decision to skip press conferences at the French Open was part of “self care”, adding that she also wanted to highlight her belief that the rules are “outdated in parts”.

Osaka concluded by saying she would take time away from the court, but would look to work with the Tour to “discuss ways we can make things better for the players, press and fans.”

In their statement yesterday, the four Grand Slam organisers had stressed that mental health of players was of the "utmost importance".

The organisers insisted "a core element" of regulations for players at majors is to engage with the media "whatever the result of their match".

Osaka’s stance has dominated the opening days of the tournament, with other leading players having been questioned about her stance.

Her withdrawal will see Romania’s Ana Bogdan advance to the third round.