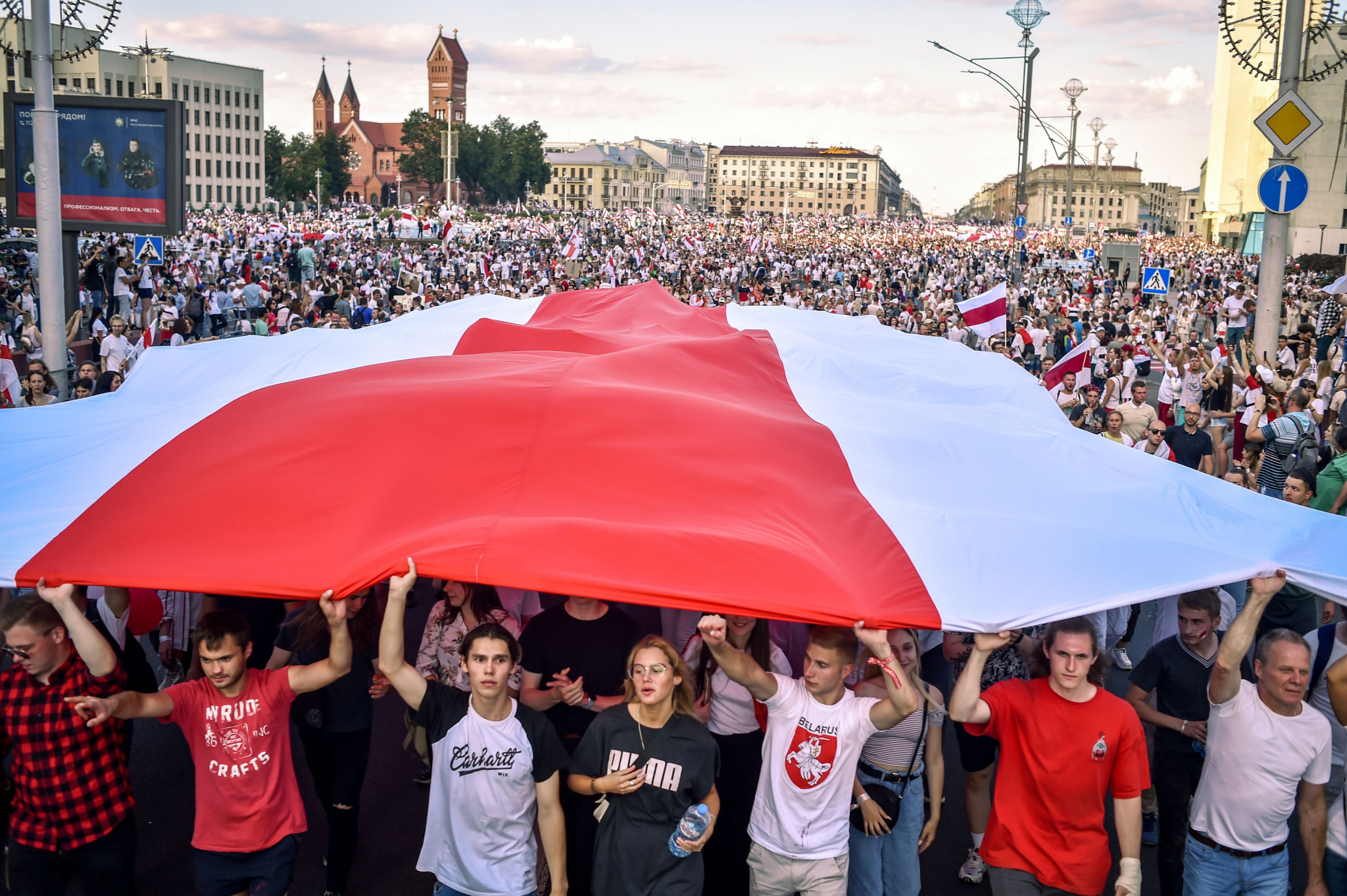 Belarus flags flying during the International Ice Hockey Federation (IIHF) World Championship in Riga have been replaced by versions used by the opposition movement in the country, prompting criticism from the IIHF.

The Belarus flag has been flying in the Latvian capital along with those of other nations playing at the ongoing men's World Championship.

According to Latvian news agency LETA, the flags were replaced by the Minister of Foreign Affairs of Latvia Edgars Rinkēvičs and the Mayor of Riga Mārtiņš Staķis.

The move followed Belarus President Alexander Lukashenko's decision to "hijack" a plane in order to arrest a journalist.

The official flags were changed to the white-red-white flag which was used before the country's current flag was introduced.

This has become a symbol of the opposition movement which is protesting Lukashenko's leadership.

Staķis said on Twitter that flags "symbolising the regime that is engaged in state terrorism should not be hung".

Rinkēvičs added his support for the people of Belarus, which borders Lativa.

"This is unacceptable for us," said IIHF President René Fasel, according to Russian state news agency TASS.

"We will not change flags in the arenas and we will ask to remove the flags of the World Championship and the IIHF from those positions where the flags were changed in Riga."

In response to the flag change, the Belarusian Ice Hockey Federation (FHB) sent a letter to Fasel.

Fasel in turn sent a letter to Stakis, criticising the decision.

Stakis responded, however, by saying: "We have to pick sides - a people striving for freedom or a dictator."

He added that the city would remove IIHF flags.

"The FHB has already sent an official note to the President of the IIHF René Fasel, the Organising Committee of the World Championship in Riga and the leadership of the Latvian Ice Hockey Federation," said FHB President Dmitry Baskov.

Baskov said the replacement of flags was "nothing more than an attempt to politicise the world hockey forum in Riga and directly contradicts the sporting nature of the Championship".

Belarusian journalist Roman Protasevich was arrested and is now in police detention in Minsk following the "state hijacking" of a Ryanair flight heading from Greece to Lithuania, while it was in Belarus airspace on Sunday (May 23).

He co-founded the Nexta channel which has been used to coordinate protests against Lukashenko's regime.

Lukasenko's re-election as Belarus President in August is widely regarded as being rigged, with the Government violently cracking down on the resulting protests.

Belarus officials claimed the Ryanair flight was diverted because of a bomb threat.

The country was supposed to co-host the World Championship with Latvia but was stripped of its duties due to security concerns.

Riga City Council has also replaced Russian flags across the city with Russian Olympic Committee (ROC) versions, for the duration of the event.

Although not mandatory, Riga City Hall said the change was "more appropriate for the general mood" - citing that the ROC are the team representing Russia at the competition.

Russia cannot compete under the Russian flag or have their national anthem played, as part of doping sanctions implemented by the Court of Arbitration for Sport which are due to expire in December 2022.