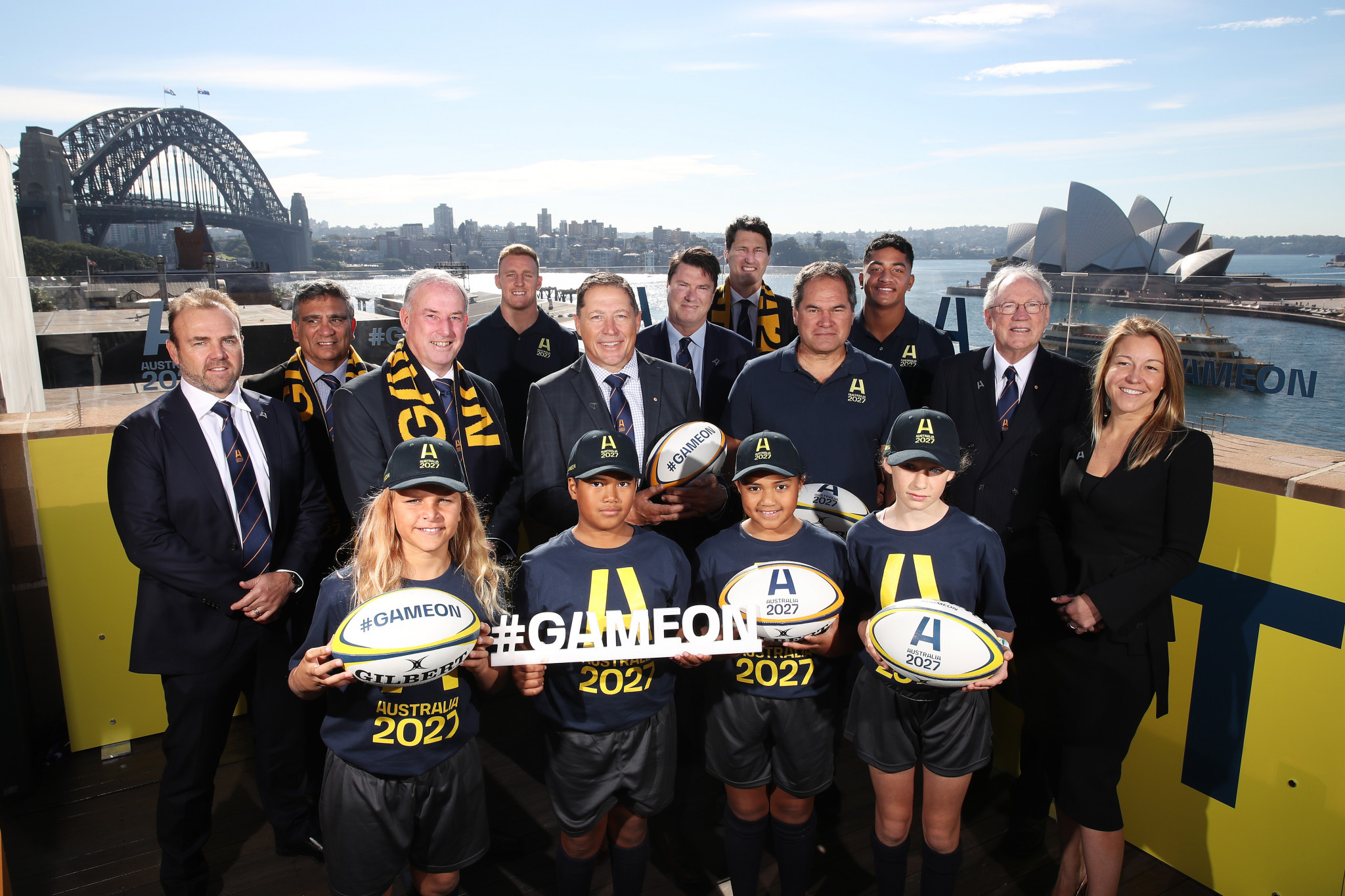 Rugby Australia chairman Hamish McLennan has claimed staging the 2027 Rugby World Cup will be a "once-in-a-generation opportunity" for the country after formally launching its bid to stage the tournament in six years’ time.

Australia is attempting to become the sole host of the Rugby World Cup for the second time after holding the event in 2003.

"This is an exciting day for all Australians as we formally put our hand up to host the third-largest sporting event in the world," said McLennan.

"Hosting Rugby World Cup 2027 is a once-in-a-generation opportunity for Australia, which would drive substantial economic outcomes for our country, while also providing a lasting legacy for rugby in this region.

"It is also a significant opportunity for rugby in Australia and the Pacific, with the event to provide an unrivalled opportunity to grow the game by attracting further investment, participants, officials and volunteers.

"Australia is a sports-loving nation with a vast network of world-class modern stadia.

"We have a proud rugby heritage in this country and are also home to ex-pats from across the globe who love to get out and support their teams when they tour."

Argentina had previously stated its interest in hosting the 2027 Rugby World Cup before pulling out of the race to back the Australian campaign.

The United States and Russia have also expressed their interest, with the Russian Rugby Federation creating an Organising Committee last year to examine its potential bid.

World Rugby is expected to announce the successful host candidate May 2022, when Russia is still banned from being awarded major events under sanctions imposed as punishment for a state-sponsored doping operation and cover-up of offences.

"Hosting Rugby World Cup 2027 would be a significant moment for Australia on the world stage," said Sir Rod Eddington, chairman of Australia’s 2027 Bid Advisory Board.

"This event is a beacon to the business community and tourists around the world.

"We cannot underestimate the significance hosting this tournament would have for Australia’s economy.

"The 2027 event is projected to attract more than two million attendees across seven weeks of competition, including 200,000 international visitors, and generate AUD2.5 billion in direct and indirect expenditure to the economy, while also creating 13,300 FTE [full-time equivalent] jobs and stimulating AUD500 million (£275 million/$285 million/€315 million) in new trade and investment.

"This is a moment for all Australia to celebrate as we put our best foot forward and say to the world, it is time for Rugby’s showpiece event to return to Australian shores in 2027."

Australia’s "Game On" campaign was presented at the Museum of Contemporary Art in Sydney.

The final of the 2003 Rugby World Cup was staged in Sydney and the New South Wales Government is pushing to play host to the showpiece for a second time.

Stuart Ayres, Minister for Jobs, Investment, Tourism and Western Sydney, stressed the importance of the Australian capital staging big matches with Stadium Australia - built for the 200 Olympics - mooted as a possible venue for the final.

"We’re pretty keen on it, that goes without saying," Ayres said.

"We’ve got the largest rectangular venue in the country.

"I think it’s a logical place to host the final but we’ll have those discussions with Rugby Australia.

"I think it’s more than just the final, there’s a really big piece of work and we’ll make a very big financial contribution on behalf of the taxpayers.

"We want to make sure that we get a strong return on the investment."

Minister of Sport Richard Colback added: "I'm sure for an event as big as the World Cup final there will be plenty of competition.

"We have fantastic sporting stadiums across Australia that are world-renowned so the opportunity to host an event like this I think will be sought after and I look forward to this conversations."