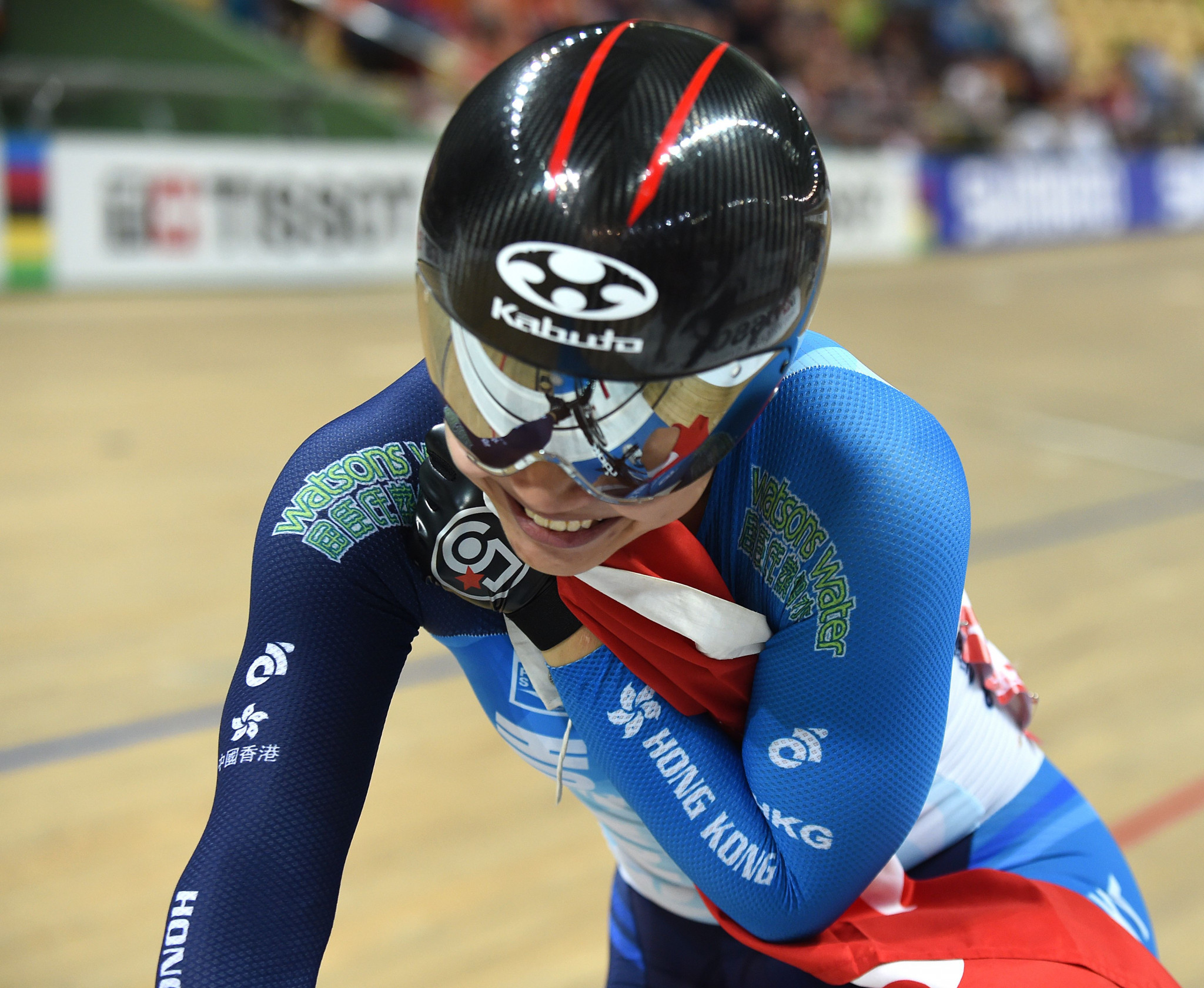 Lee was a member of Hong Kong’s women’s team sprint squad yesterday, with the local riders the sole competitors in the event.

Lee sealed top step on the podium by beating Japan’s Yuka Kobayshi in straight rides in the final.

Umekawa won bronze by overcoming her compatriot Mina Sato with two wins to her opponent’s one.

The Japanese team enjoyed success in the two elimination races held on the second day of competition.

Yumi Kajihara emerged as the winner of the women’s race ahead of Austria’s Verena Eberhardt, with Spain’s Eukene Larrarte Arteaga eliminated in third place.

The men’s event was won by Eiya Hashimoto, with the Japanese rider holding off the challenge of Spain’s Erik Martorell Haga and Germany’s Moritz Malcharek.

Belarus were able to secure two victories in the scratch races.

Yauheni Karaliok won the 15km men’s race with the Belarusian rider beating Malcharek, who finished the day with a silver and bronze medal.

Ashton Lambie was a dominant winner of the men’s individual pursuit, with the American catching his opponent Domenic Weinstein of Germany before the finish in the final.