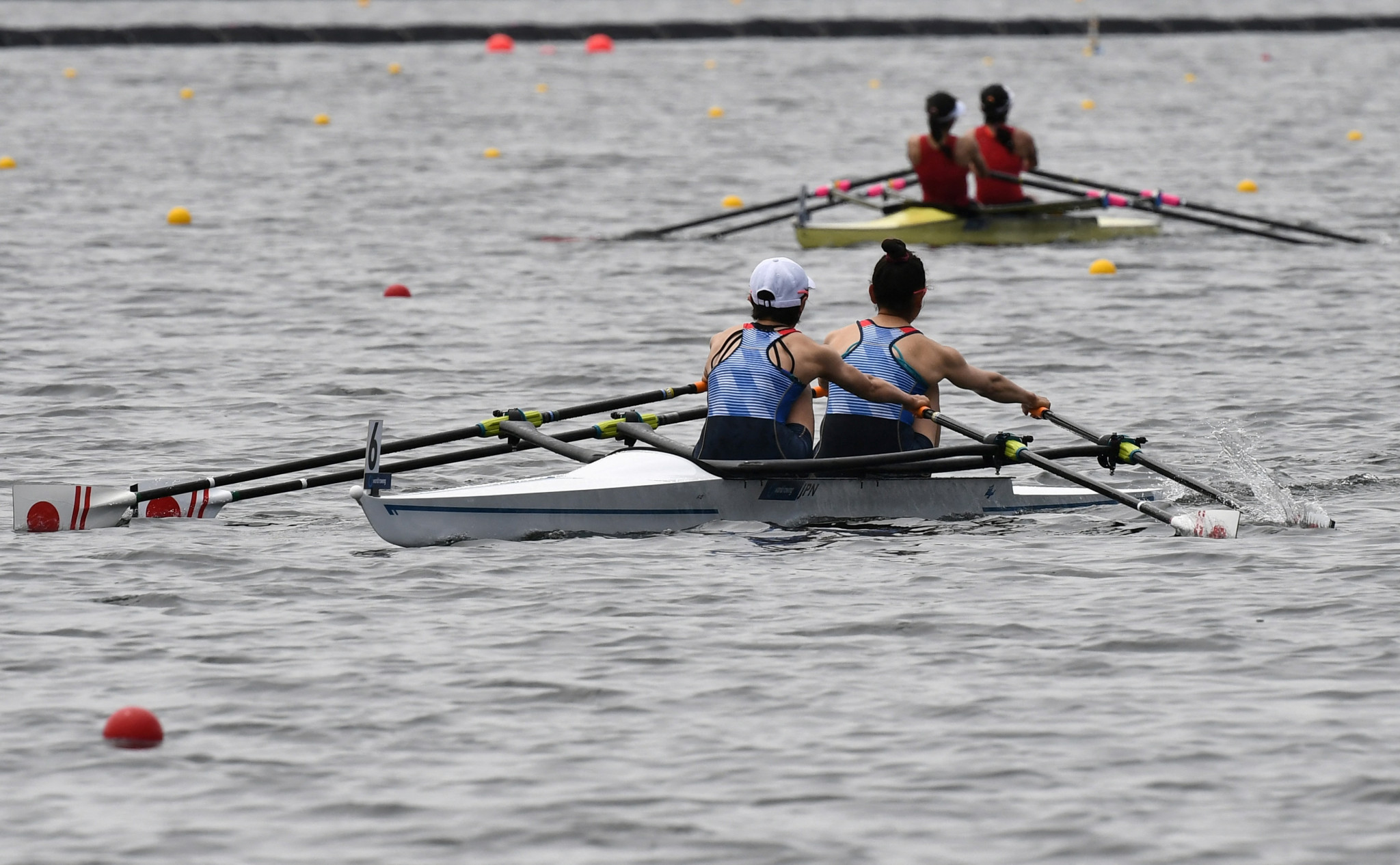 The pairing competed at the Rio 2016 Olympic Games after winning the Asian qualification regatta and appear on course to replicate the feat for Tokyo 2020.

Tomita and Oishi finished their heat in a winning time of 8min 10.59sec at the Sea Forest Waterway venue which is set to be used as the rowing course at this year's Games.

The Japanese pair’s effort was nearly 16 seconds faster than their nearest rivals.

Iran’s Kimia Zarei and Zaynab Nowruzi won the second heat in a time of 8:14.36 to also reach the final.

With three quota places on offer in the event, both the Japanese and Iranian crews will feel confident of securing a Tokyo 2020 place tomorrow after comfortable wins in their heats.

In the men’s lightweight double sculls, Japan’s Naoki Furuta and Mitsuo Nihimura won the first heat in 7:03.20, with India’s Arjun Lal Jat and Arvind Singh earning the second spot in the final in 7:09.47.

Kakan Kusmana and Ardi Isadi of Indonesia were second in 7:28.74 and will also compete in tomorrow’s final.

Men’s and women’s singles sculls competition began with athletes seeking to secure places in the semi-finals, which will take place tomorrow morning with the finals held later in the day.

Paralympic singles sculls berths are also on offer at the qualifier.

Uzbekistan’s Egamberdiev Kholmurod won his first heat of the men’s single PR1 single sculls by over 30 seconds, leaving him as the clear favourite to secure a Paralympic berth.

Japan’s Tomomi Ichikawa was the sole starter in the women’s event after Sri Lanka’s Samitha Samanmali did not compete today.