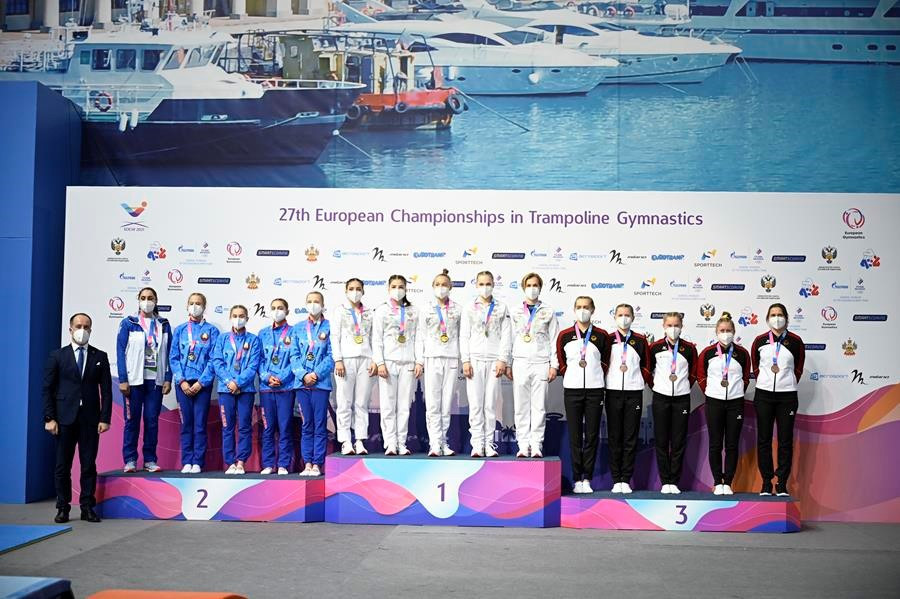 Russia enjoyed a good day on the opening day of the European Championships in Trampoline, Tumbling and Double Mini Trampoline as their athletes impressed in senior qualification and the country claimed junior girls trampoline gold.

Second place went to compatriot Dana Sadkova who scored 68.300 while third went to another Russian in Ekaterina Katrushenko who scored 68.000.

Men’s double mini trampoline qualification was led by Joao Caeiro of Portugal with a score of 76.100.

Multiple European and world champion Mikhail Zalomin of Russia qualified in second with 75.900 with fellow Russian Aleksandr Odintsov third with 75.700.

In the tumbling discipline, the top women’s qualifier was Tachina Peeters of Belgium with a score of 66.800.

In the men’s tumbling event, qualification was led by Mikhail Malkin of Azerbaijan who scored 76.200.

Russian tumblers qualified in second and third, with Vadim Afansaev second with 75.500 and Aleksandr Lisitsyn in third with 72.500.

Elsewhere on the first day at the Sochi Ice Palace, the opening medals were handed out in the junior team trampolining finals.

In the girls competition, Russia’s team of Anzhela Bladtceva, Maria Mikhailova, Natalia Blokhina and Veronika Shmeleva claimed gold with a score of 161.455.

In the boys competition, gold went to the Belarus team of Andrei Builou, Stanislau Yaskevich, Ivan Melnikau and Daniil Pshanko who scored 173.090.