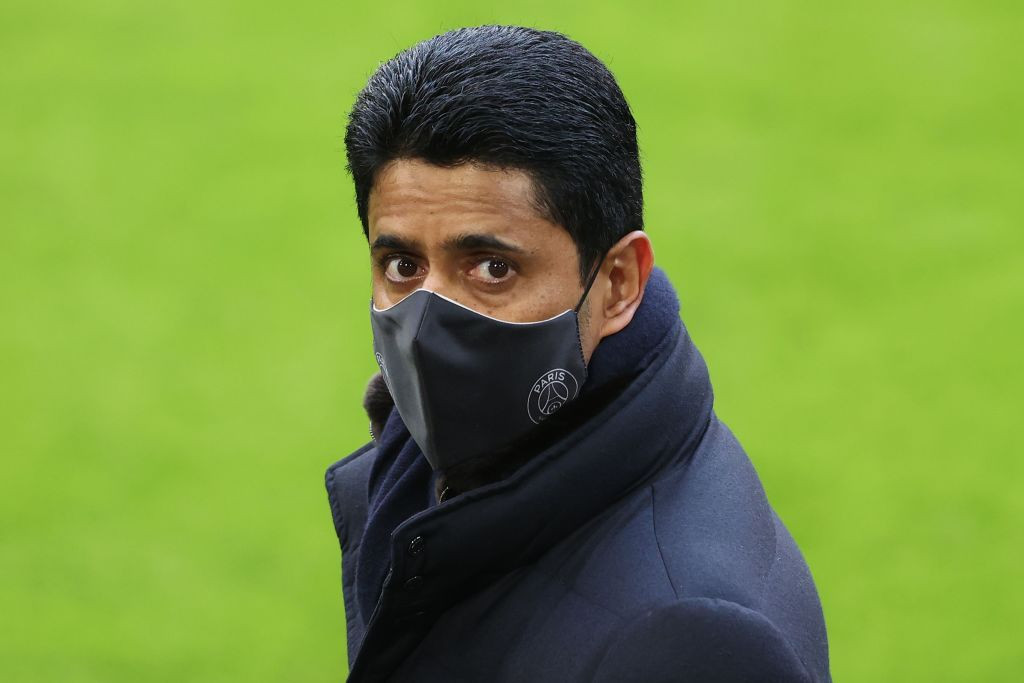 Paris Saint-Germain President Nasser Al-Khelaifi has been appointed to replace Andrea Agnelli as chairman of the European Club Association (ECA) after the Italian quit in light of the ill-fated launch of The Super League.

Al-Khelaifi, the influential chairman of the beIN Sports television network, had initially been reluctant to fill the void left by Agnelli, whose club Juventus was among the founding members of The Super League project.

The Qatari has been chosen to succeed Agnelli as head of the ECA, the organisation that represents Europe's leading clubs that was plunged into crisis by the breakaway super league, by its Executive Board.

All 12 founding clubs - which did not include PSG - resigned from the ECA following the launch of The Super League, but nine have since withdrawn their support for the project.

Real Madrid President Florentino Pérez, chairman of The Super League, said the plans were merely on "standby" despite three-quarters of the founding members walking away.

In a statement, the ECA said it "welcomes the decision from its former member clubs not to pursue their purported Super League project, following the seismic and universal condemnation of the project by the entire football community and across society as a whole."

"The leadership, integrity and togetherness of our organisation has never been more required than at this pivotal moment in European football," said Al-Khelaifi.

"I will provide my unconditional commitment to the entire football community - that means to all ECA member clubs from every European nation, and to the fans and communities they represent.

"I, alongside all my fellow ECA Board members and clubs, am looking to reinforce ECA in its role as the legitimate and singular voice of Europe’s clubs.

"Our game, adored by generations of supporters, will only prosper under unity, and it is our duty as the custodians of football to fulfil this obligation."

In October, Al-Khelaifi was acquitted following a 10-day trial after he was accused of inciting former FIFA secretary general Jérôme Valcke to commit aggravated criminal mismanagement.

Al-Khelaifi, who denied wrongdoing, had been accused by the prosecution of having given Valcke, who was banned from football for 10 years by FIFA, exclusive use of a luxury villa in Sardinia.

Prosecutors had initially sought a 36-month prison sentence for Valcke and a 28-month term for Al-Khelaifi.

They have since confirmed they will appeal the decision to acquit Al-Khelaifi.