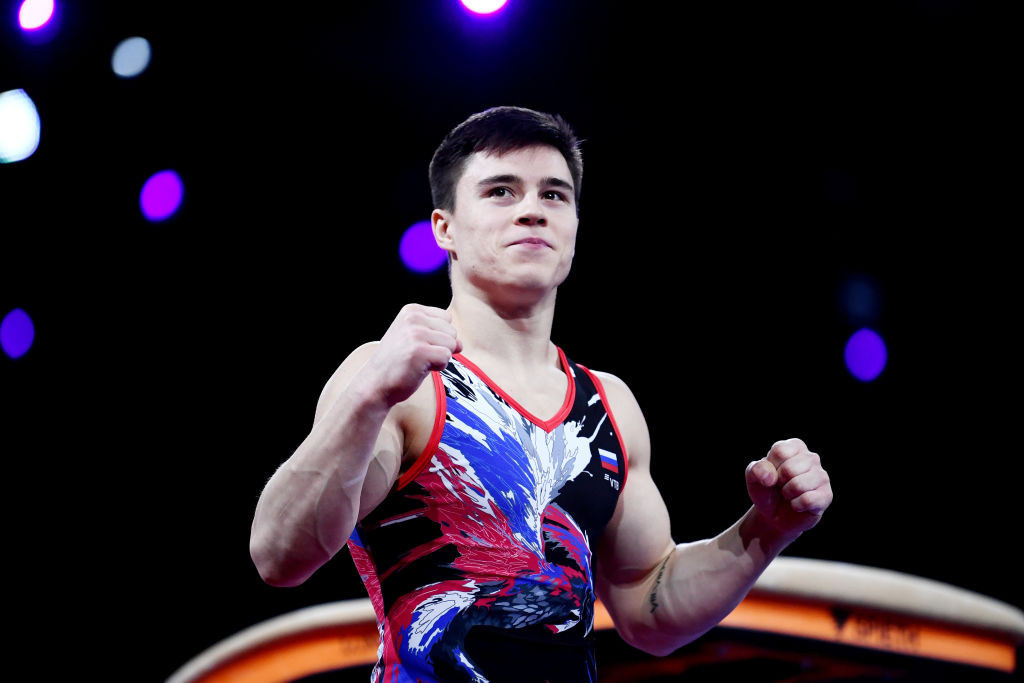 Nagornyy, who did not compete in last year’s delayed edition of this competition as Russia were among the nations that did not attend because of pandemic restrictions, also advanced to five out of six of the weekend’s apparatus finals.

His success will have lifted spirits in the Russian camp following the late withdrawal of their former world all-around champion Artur Dalaloyan after he tore his achilles tendon while training.

Nagornyy finished with a total of 87.097 points from his efforts in the six disciplines.

Russians completed the top three as David Belyavskiy totalled 85.398 and Aleksandr Kartsev scored a total of 84.731 - thus replicating the achievements of teammates Angelina Melnikova, Viktoriia Listunova and Vladislava Urazova in finishing respectively one, two and three in the previous day’s women’s all-around qualification.

Nikita Nagornyy ?? leads the all-around rankings after qualifications and advances to 5 out of 6 apparatus finals! #Basel2021 pic.twitter.com/iYJz8yv6qk

Turkey’s Ahmet Onder, who won team silver behind Ukraine at the 2020 European Championships on the home soil of Mersin, was fourth on 84.131, one place ahead of compatriot Adem Asil on 84.032.

Ireland’s 2018 European pommel horse champion Rhys McClenaghan topped the standings on that apparatus with 14.766 points from Britain’s Joshua Nathan, who scored 14.533, and Gagik Khachikyan of Armenia.

Greece's three-time world champion Eleftherios Petrounias, who won the rings title at Rio 2016, topped his speciality with 15.366 points from Armenia’s Vahagn Davtyan on 14.966 and Italy’s Salvatore Maresca on 14.933.

Israel’s Andrey Medvedev finished top in the vault with 14.666 points, with Nagornyy second on 14.583 and Britain’s Giarnni Regini-Moran third with the same score.

Nagornyy was also second in the floor exercise with 15.066, with his compatriot Kirill Prokopev getting top status on the same score.

Switzerland’s Benjamin Gischard was third on 14.666.

The parallel bars was won by Germany’s Lukas Dauser on 15.166 points from Arcan on 15.133 and Switzerland’s Christian Baumann on 14.933, with Belyavskiy fourth and Nagornyy fifth.

The Championships, which are due to conclude on Sunday (April 25) continue tomorrow with the all-around finals.