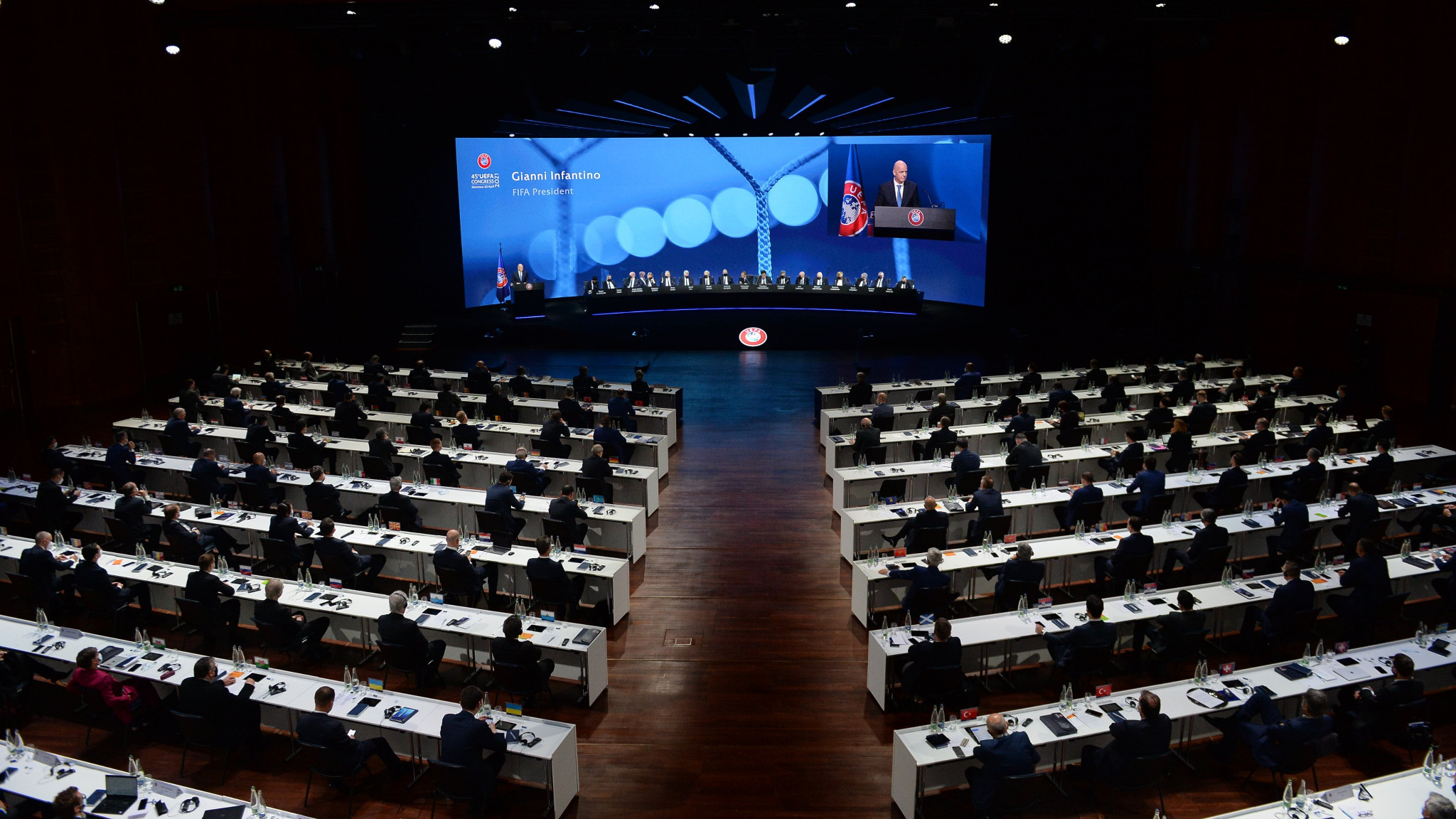 Irish Football Association (IFA) President David Martin has been elected to the FIFA vice-president role reserved for one of the four British associations at the UEFA Congress in Montreux.

Paris Saint-Germain President Nasser Al-Khelaifi and Bayern Munich chairman Karl-Heinz Rummenigge - whose clubs have so far refused to join the breakaway The Super League competition - will serve as European Club Association (ECA) representatives on the UEFA Executive Committee until 2024.

The ECA has been plunged into crisis by the Super League as the 12 founding members of the controversial tournament all resigned from the body and its head, Juventus chairman Andrea Agnelli, also quit.

Martin has been elected to a position vacated by former Football Association (FA) chairman Greg Clarke, who resigned in November following a series of remarks during a Parliamentary Select Committee meeting.

Clarke used the term "coloured footballers" and cited "different career interests" as a reason for there being "a lot more South Asians than there are Afro-Caribbeans" in the FA's information technology department.

He also described being gay as a "life choice".

Statement: "I’m obviously disappointed with the result, although we knew it was always going to be an extremely difficult task to unseat an incumbent. The fact that we were just six votes short of winning the election is hopefully testament to the modern, professional 1/4

Martin has also been involved in controversy during his career as he was forced to leave his then position as Irish FA vice-president in 2010 after the governing body was deemed "not fit for purpose" by Northern Ireland's Sports Ministry.

It came after he was among the officials criticised in an independent report into the departure of previous IFA chief executive Howard Wells.

Martin attempted to regain a place at the top table of the IFA on three separate occasions and only succeeded once independent competency tests were removed from the organisation's rules.

He became a vice-president of the IFA in 2013 and President three years later.

McAllister, deputy chair of UEFA's Women's Football Committee, had run a concerted campaign to oust Christillin from her position on the FIFA Council but fell short.

In a statement, the 56-year-old congratulated her opponent, who did not publicly campaign for re-election, but said she was "disappointed" with the result.

"We knew it was always going to be an extremely difficult task to unseat an incumbent," said McAllister.

"The fact that we were just six votes short of winning the election is hopefully testament to the modern, professional campaign that we ran.

"My commitment to our beautiful game and its core values remains as strong as ever and I will redouble my efforts to make football a game for everyone to enjoy.

"I hope I can stand for election again as my enthusiasm to drive change is undiminished."