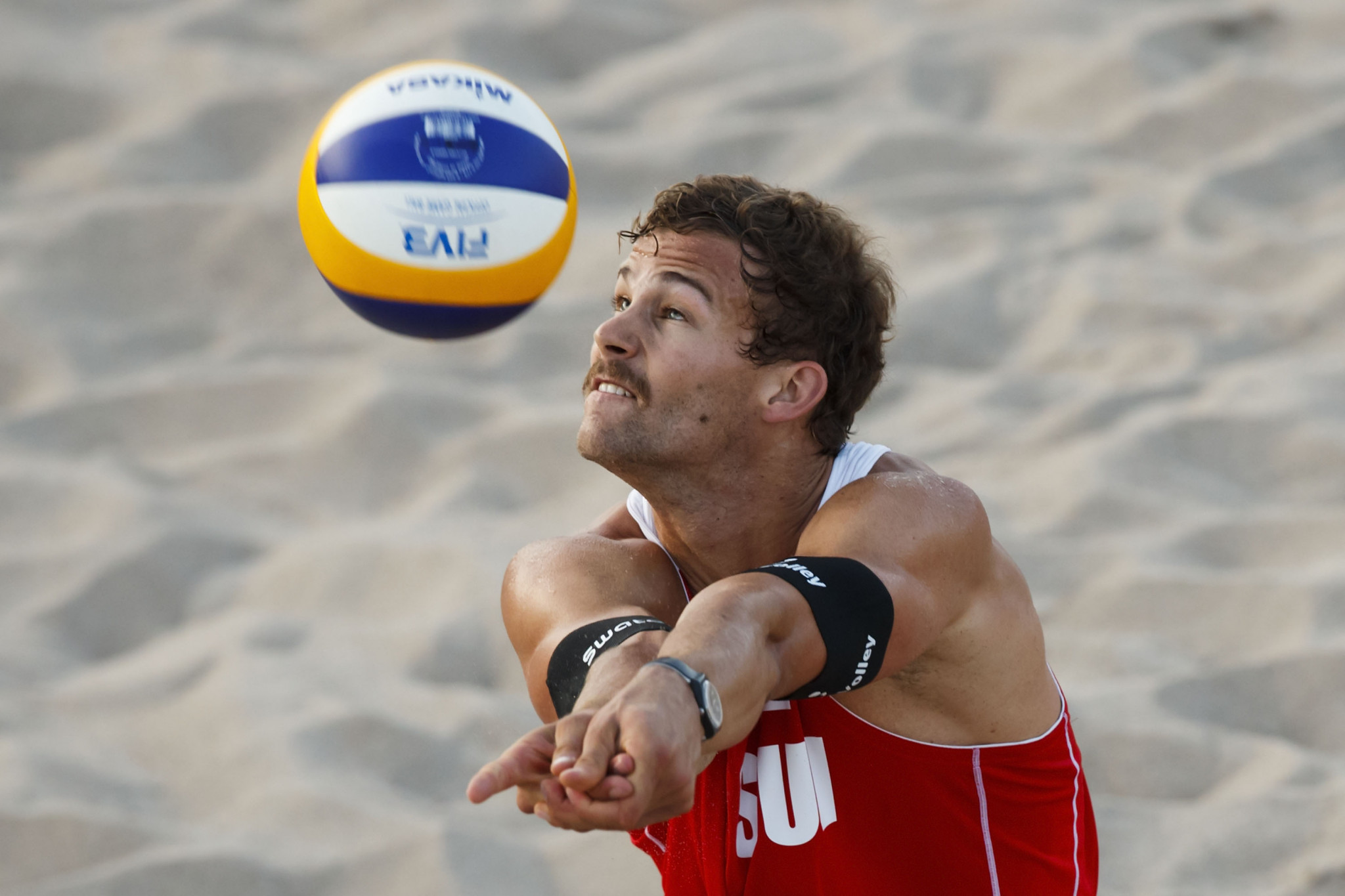 Italians Jakob Windisch and Samuele Cottafava pulled off a shock victory to book their place in the main draw of the first International Volleyball Federation (FIVB) Beach Volleyball World Tour event in Cancun.

The duo stunned Polish star Michal Bryl, a player with seven World Tour medals to his name, and his temporary partner Maciej Rudol with a 21-18, 21-16 triumph in the Mexican city.

The victory came after Windisch and Cottafava defeated Guatemala’s Luis Garcia and Andy Leonardo 21-19, 21-17 in their opening match.

"It's always great to play against athletes like these because we’ve got a lot to learn from them," Windisch said.

"It was also super windy during the match, so it was awesome to see that we not only managed to play a great game in such difficult conditions but also to walk off the court as the winners.

Switzerland achieved a double dose of success in the men’s qualifiers with Marco Krattiger and Florian Breer and Quentin Metral and Yves Haussener both advancing.

Cuba's Lidiannis Echeverria and Yanisleidis Sanchez faced arguably the toughest draw in the women’s qualifiers but managed to overcome two tricky obstacles to move through to the main draw of their first international tournament together.

The 25-year-olds saw off Switzerland’s Zoé Vergé-Dépré and Esmée Böbner, who advanced from the qualifier at the recent FIVB four-star event in Qatari capital Doha, with a 21-18, 21-13 success.

Cuba managed to have another team qualify for the main draw as Echeverria’s former partner Leila Martínez and Maylen Deliz won a pair of matches.

They upset Canadians Julie Gordon and Shanice Marcelle 21-19, 21-7 in their first match and followed that up with a 21-10, 21-15 win against Norwegians Emilie Olimstad and Ane Tveit Hjortland.

Main-draw matches are due to take place tomorrow.

The tournament is the first of three successive FIVB four-star events in Cancun that are set to play a key role in qualification for the Tokyo 2020 Olympics.

The three-event series is being held at the Grand Oasis Cancun Resort, set up by the FIVB to minimise travel risks during the pandemic and allow players the opportunity to qualify for the Games.