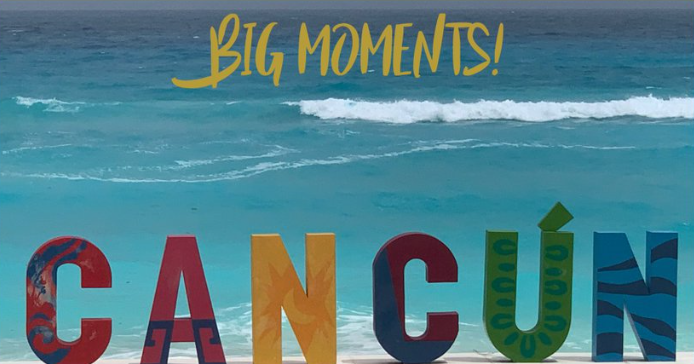 The world's elite players have gathered at Mexican resort Cancun for three consecutive Beach Volleyball World Tour events that will be a key factor in qualification for the Tokyo 2020 Olympics.

Scheduled to take place from April 16 to 20, April 22 to 26 and April 28 to May 2, the three International Volleyball Federation (FIVB) four-star Cancun Hub tournaments will help to clarify which teams are likely to earn an Olympic place for their country through being ranked in the top 15 by the qualification period's deadline of June 13.

The 126 teams - 65 men’s and 61 women’s - from 37 countries entered in the first tournament include top-seeded and virtually-qualified pairings of Anders Mol and Christian Sorum of Norway and April Ross and Alix Klineman of the United States.

For other pairings who may be preparing to get into the Olympics via the Continental Cup, the focus will be on the qualification tournament.

Action started early for one of the teams involved in the Olympic qualification.

Currently occupying eighth position in the provisional Olympic rankings, but not holding a berth due to the limitation of two spots per country, Sarah Sponcil and Kelly Claes were involved in an American country quota decider against Sara Hughes and Emily Day, and Kelly Reeves and Terese Cannon, on the opening day.

Sponcil and Claes won through to reach the qualifier for the first event of the Cancun Hub.

Sponcil and Claes currently have 6,720 Olympic points, but are ranked behind both Ross and Klineman, who have 9,080, and Kerri Walsh Jennings and Brooke Sweat, who are on 6,960, in the race to qualify for Tokyo.

Those two other teams are guaranteed a place in the main draw, as are fellow Americans Kelley Kolinske and Emily Stockman, so advancing from the country quota and the qualifier will be important for Sponcil and Claes.

.@kerrileewalsh begins its preparation for #CancunHub2021 and with @BaSweat will look forward to get a medal like they did in the 2018!

All the best players in the world are in one place, here in #CancunHub2021!

🇺🇸 is getting ready! pic.twitter.com/4us6fyZIiT

The 2019 FIVB Beach Volleyball World Championship bronze medallists missed some tournaments later that year and have only 10 of the 12 results they need to be eligible to qualify via the Olympic rankings.

Clancy and Artacho, who won the most recent World Tour event played in Mexico, the 2019 Chetumal Open, already have 5,960 points and simply appearing in two of the three Cancun events will add another 480 to their total which should secure them a spot in the top 10 of the Olympic rankings.

Italians Adrian Carambula and Enrico Rossi are in a similar situation in the men's competition.

With 11 appearances in Olympic qualification events so far, they are below the line right now with 4,860 points, but strong results in Mexico could help them climb the standings.