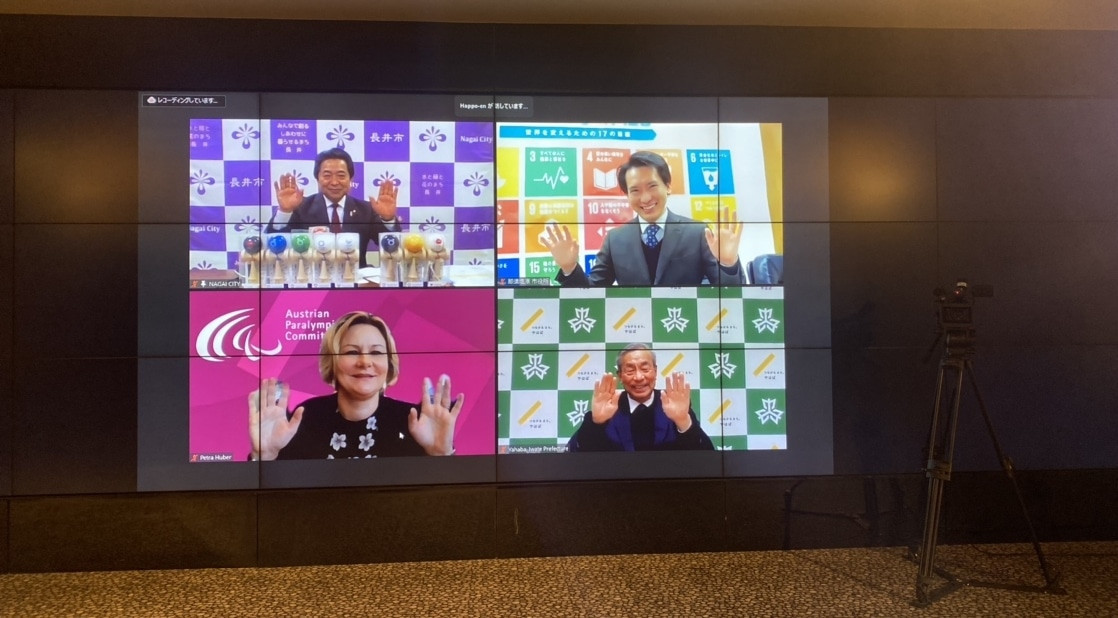 Nasushiobara, Yahaba and Nagai have been partnered with Austria under the host towns scheme.

Paralympic athletes have met virtually with schoolchildren as part of the initiative, and it had been hoped that the cities would be able to play host to the ÖPC at the Paralympics before the coronavirus pandemic complicated those plans.

"The cities and their Mayors are trying very hard and want to support us," Huber said.

"Among other things, we were told that Austrian dishes were being created in various projects, and that the children were also finding out about the cooperation in schools."

It was "a very cool experience, the children were eager to learn and asked a lot of questions," according to Marzinke.

Officials in Japan still hope an ÖPC delegation will be able to visit Nasushiobara, Yahaba and Nagai, both for training purposes and cultural exchanges, during this year's Paralympics.