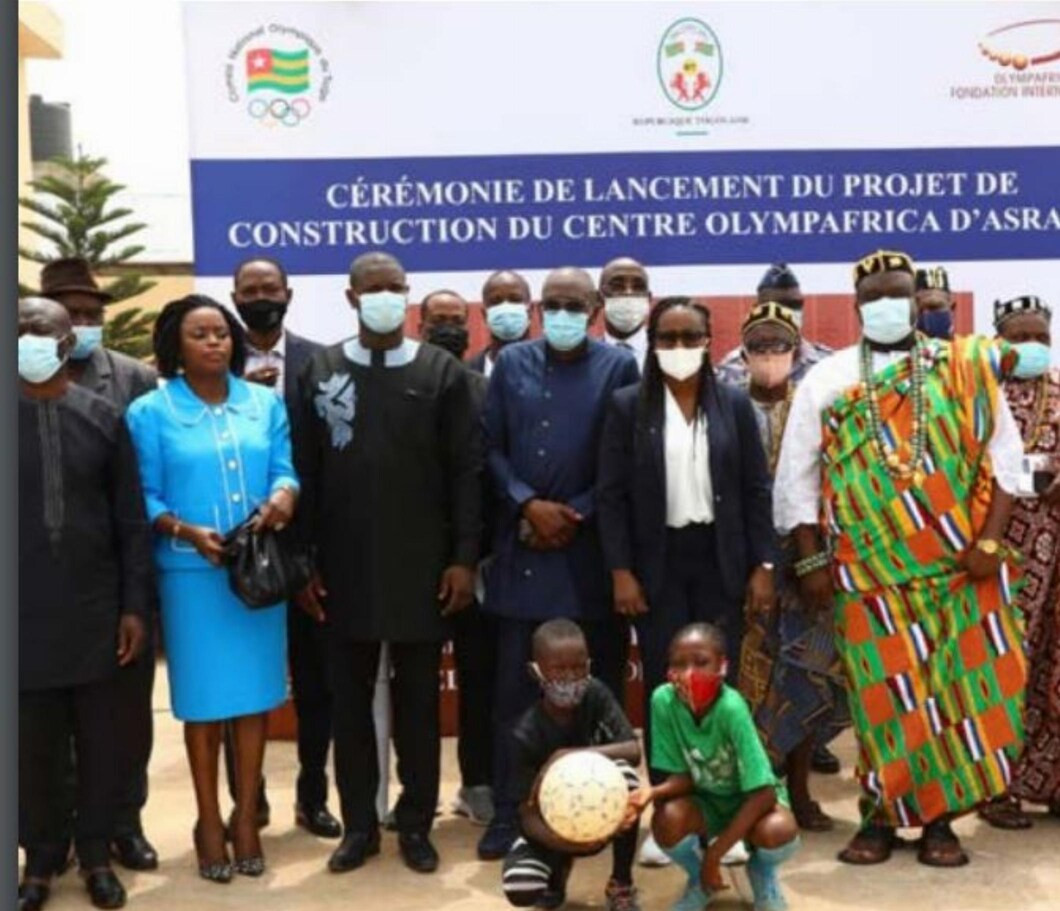 Togo National Olympic Committee President Edem Akpaki was among those to attend the beginning of work at the country's second OlympAfrica Centre.

A foundation stone was laid at the site in Asrama in Habo prefecture, by Togo's Minister for Sport and Leisure Lidi Bessi-Kama.

Other guests alongside Akpaki included Tierno Diack, the chief executive of the International OlympAfrica Foundation in Senegal's capital Dakar.

Representatives of traditional local authorities were also in attendance.

Once complete, the new centre will include a football pitch, an athletics track, multi-purpose areas and a play area for children.

Togo's existing OlympAfrica Centre is in the capital city Lomé.

It was founded to get more young people across Africa involved in sport and to develop sport at grassroots level.

At Beijing 2008, Togo won its first - and to date only - Olympic medal thanks to canoeist Benjamin Boukpeti.

He secured a historic bronze by coming third in the men's K1 slalom competition.

Togo made their Summer Olympic debut at Munich 1972, but missed the next two editions of the Games in Montreal and Moscow.

A Togolese team has appeared every time since then, however, with the country also making its Winter Olympic debut at Sochi 2014 by fielding a team of two women.