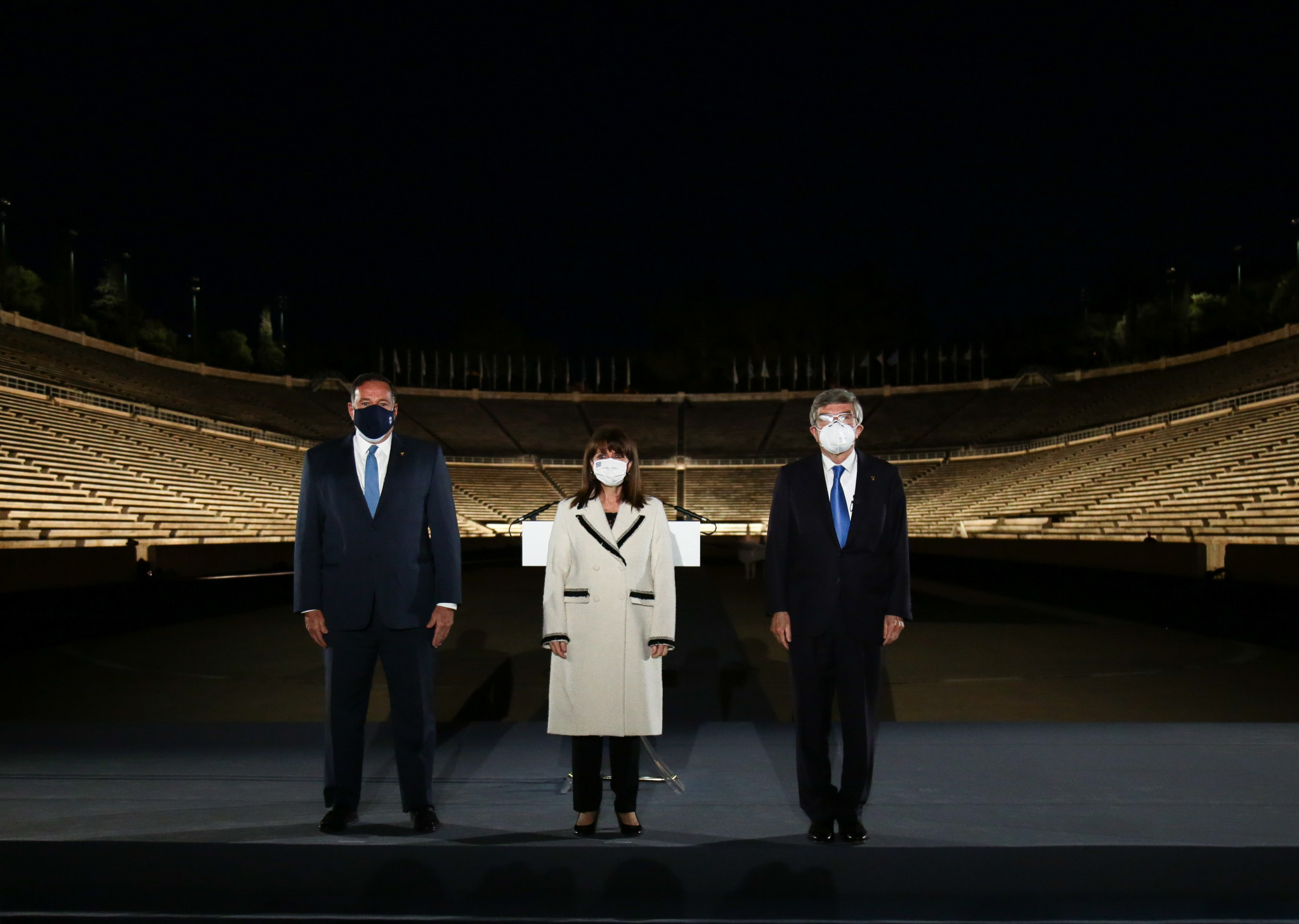 International Olympic Committee (IOC) President Thomas Bach has inaugurated the renewed lighting at the Panathenaic Stadium in Athens on his first foreign visit since his re-election earlier this month.

Bach attended a ceremony at the stadium, which hosted events at the 1896 Olympic Games, alongside Greek President Katerina Sakellaropoulou, Hellenic Olympic Committee (HOC) President Sypros Capralos and other dignitaries.

"Greece gave birth to the Olympic Games twice, once in Ancient Olympia and once here, at the Panathenaic Stadium in 1896," the IOC President said.

"With the new lighting of the Panathenaic Stadium, this heritage will become even more brilliant and will enlighten the entire world.

"In this emblematic place, culture, history, and tradition blending with the modern era and the mission of the modern Olympic Movement.

"Starting from today, the Panathenaic Stadium will not only stand as a symbol for the Olympic history but also as a commitment, for a better future, with sustainable expansion, with more peace and with greater solidarity in sports."

The German had hoped to be symbolically re-elected IOC President in-person in Athens but the coronavirus pandemic forced the organisation to hold its Session virtually.

The remote Session where Bach secured near unanimous support to continue as President for another four years was ceremonially opened in the Greek capital, which staged the Olympics and Paralympics in 2004.

Athens is instead set to host the 2025 IOC Session, where Bach's successor is due to be elected.

"I would like to thank President Bach for this first trip to Greece after his re-election, which is a great honour for our country," said Capralos, an IOC member.

"The IOC President has proved throughout the years of his term and in fact in many ways, that Greece has a special place in his heart."