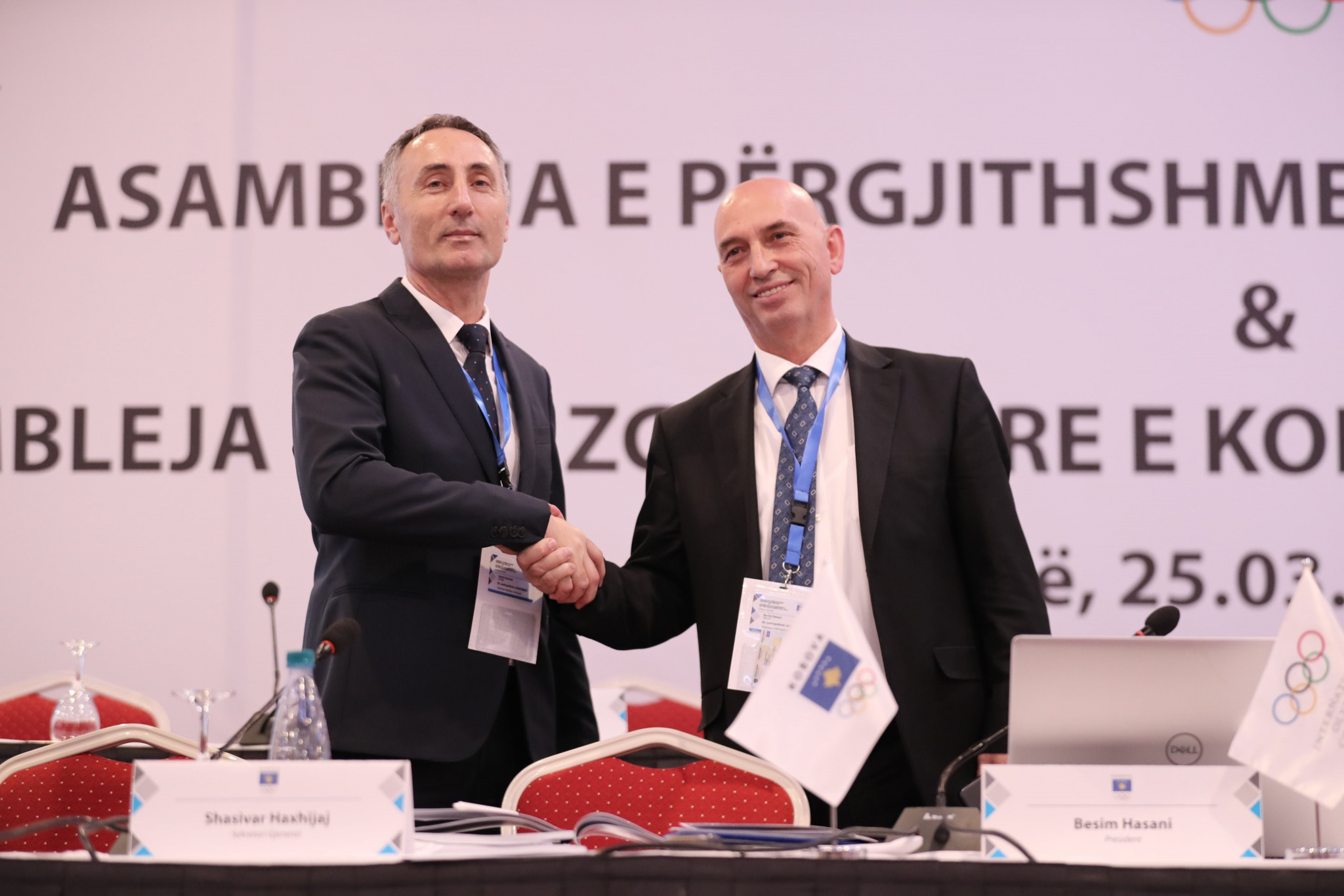 Krasniqi and Hasani were among three candidates standing in the elections at the Emerald Hotel in Prishtina, with Linda Shala completing the field.

Karate Federation of Kosovo President Krasniqi emerged as the winner of the election after receiving 53 votes.

He had been nominated for the position by the Athletics Federation of Kosovo.

Hasani finished as the runner-up on 41, with Shala polling 11 votes in third place.

"I thank you from the bottom of my heart for the support you have given me the opportunity for four years," Krasniqi said.

"Your vote will always remain yours.

"There is only one loser here; he is me because I will sacrifice for you.

"The biggest winner is you and the sport of Kosovo.

"I dedicate the victory to my brother.

"Thank you all for your trust."

The IOC granted recognition to the Kosovo Olympic Committee in 2014, when the IOC Executive Board ruled that the organisation had "met the requirements for recognition as outlined in the Olympic Charter" despite not being a member of the United Nations (UN).

Krasniqi will be joined by a new Executive Board and vice-presidents, following the elections.