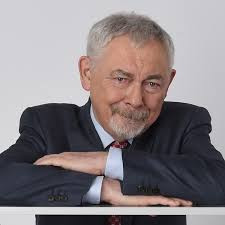 Organisers of the third European Games to be held in Kraków in 2023 have agreed key details of preparation and investment with the Polish Government.

Following a period of apparent tension between the Government and organisers of the European Olympic Committees (EOC) flagship event, significant steps towards the staging have been made through a long-awaited meeting between the Mayor of Krakow, Jacek Majchrowski, and Deputy Prime Minister Jacek Sasin, Radio Eska reports.

The talks focused on the European Games, which are to be held in the capital of Małopolska.

Majchrowski, who said in May 2019 that Krakow might decline to run the Games without support from regional and national Government, confirmed that many contentious issues had been clarified and a list of investments approved.

It was also announced that the Government will prepare a special Act to facilitate the European Games preparations.

The meeting comes after a dispute over funding between Kraków and the Polish Government.

No official or binding contracts regarding funding have reportedly been signed, but the EOC remains confident the city will soon sign the host city contract.

The European Games in Kraków are due to be held from June 21 to July 3.