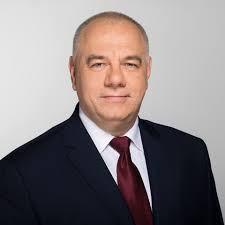 Jacek Sasin, the Deputy Prime Minister of Poland, and the Government official responsible for overseeing preparations for the Kraków-Małopolska 2023 European Games has tested positive for COVID-19.

A Government source confirmed the politician had tested positive for the virus, but assured that Sasin "feels good" despite his diagnosis.

Sasin has also been the Minister of State Assets since November 2019, with this role seeing him supervise state-owned companies.

Among his tasks in the run-up to the 2023 European Games are analysing the economic and financial conditions, and monitoring preparations.

Organisers have yet to reveal how much the Games will cost.

Sasin has faced criticism recently as the face of financial scandal after he allocated PLN68 million (£13.3 million/$18.2 million/€15 million) for the 2020 Presidential election in Poland, which did not take place in its scheduled May slot.

It later took place in July.

He previously stated that the Games could help Poland recover from the financial impact of the COVID-19 pandemic.

"A return to normalcy will require economic impulses," he wrote on Twitter.

"Preparing a sports event that will bring together players and fans from 50 European countries can be one of the elements.

"Well-thought-out investments will serve Krakow and Małopolska in the long term."

Criticism has been made of the decision to choose Poland as a host for the event, due to its human rights record towards lesbian, gay, bisexual, transgender, queer and intersex (LGBTQI+) people.

Małopolska is one of 100 areas in Poland that declared themselves free of LGBTQI+ ideology.