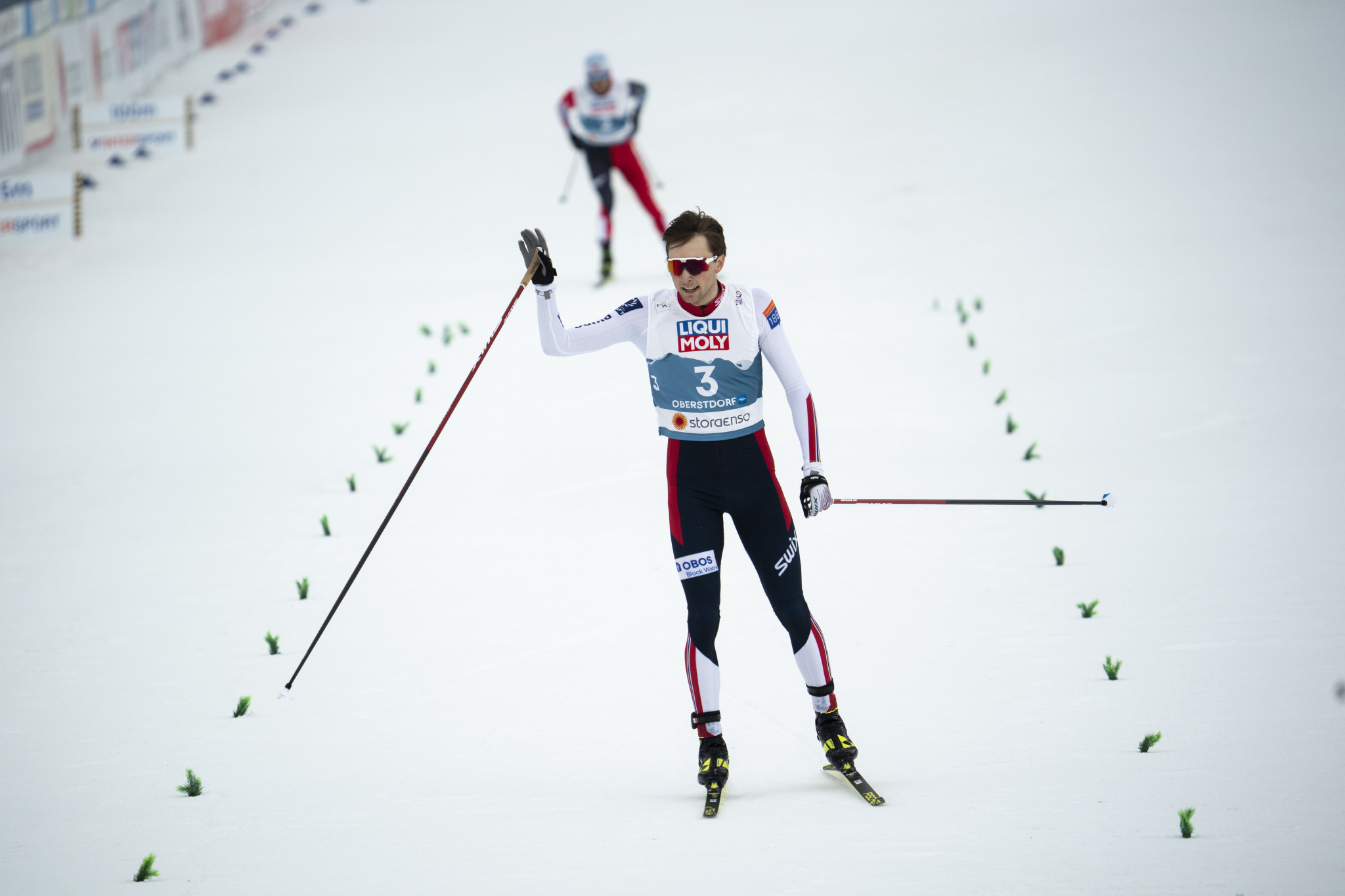 The Norwegian has been dominant this season and clinched the crystal globe with his ninth win of the campaign and 35th of his career.

A superb jump of 143 metres gave Riiber a six-second lead ahead of Japan’s Akito Watabe, who landed 138.5.

Riiber maintained that advantage in the cross-country race as he crossed the finish line in 26min 25.5sec.

"I am so happy to achieve the last goal of the season with the overall World Cup title," said Riiber.

"I had some really good jumps as well so everything feels good."

Watabe finished seven hundredths of a second behind Riiber to claim second place.

"It was a difficult day, especially with the wind conditions in the morning," said Watabe.

"I had a two good jumps and the race went OK.

"I tried to beat Marcus but it was not to be."

Austria’s Johannes Lamparter clawed his way back from ninth after the ski jumping to finish third, 1:05.3 behind Riiber.

Germany's Vinzenz Geiger, who has been Riiber’s biggest threat this season, finished down in 15th position.

Riiber leads the men’s overall standings with 1,040 points ahead of Geiger on 770 and Watabe on 728.

The season is due to finish tomorrow with another men’s individual Nordic combined event in Klingenthal.