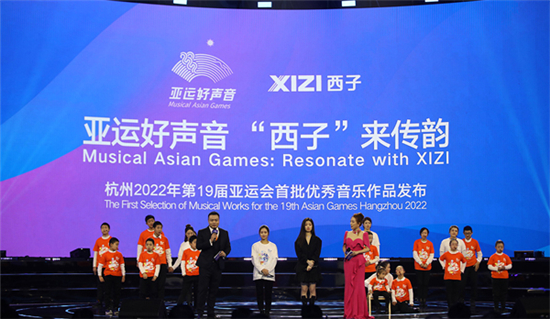 Hangzhou 2022 says it has selected the first batch of musical works for the upcoming Asian Games in the Chinese city.

A competition to find original music compositions was launched in the host city last June.

The deadline for entries passed on November 30.

Organisers hoped to receive entries from both the public and professional musicians.

Hangzhou 2022 said they had received 2,102 entries from across the world, with entrants hoping to be featured during the Games.

A total of 30 pieces of music have been selected to date.

Hangzhou 2022 deputy director general Chen Weiqiang, who is also the city’s vice-mayor, has said more music will be announced in the coming months.

Organisers have sought to include culture and music in their preparations for the Games, with world-renowned Chinese concert pianist Lang Lang last year appointed as a publicity ambassador for the Games.

Hangzhou 2022 has now confirmed Huang Wei, a top-tier livestreaming host, has also been named as the Games’ image publicity ambassador.

Huang Wei, who is better known as Viya, boasts over 150 million followers across multiple online platforms.

She also hosted the launch ceremony for the 19th Asian Games mascots in April 2020.

Organisers said Viya has vowed to take an active role in the preparations for the Games and will present a picturesque and charming Hangzhou to her followers.

The Games are set to run from September 10 to 25, with 40 sports on the programme and more than 10,000 athletes expected to compete.