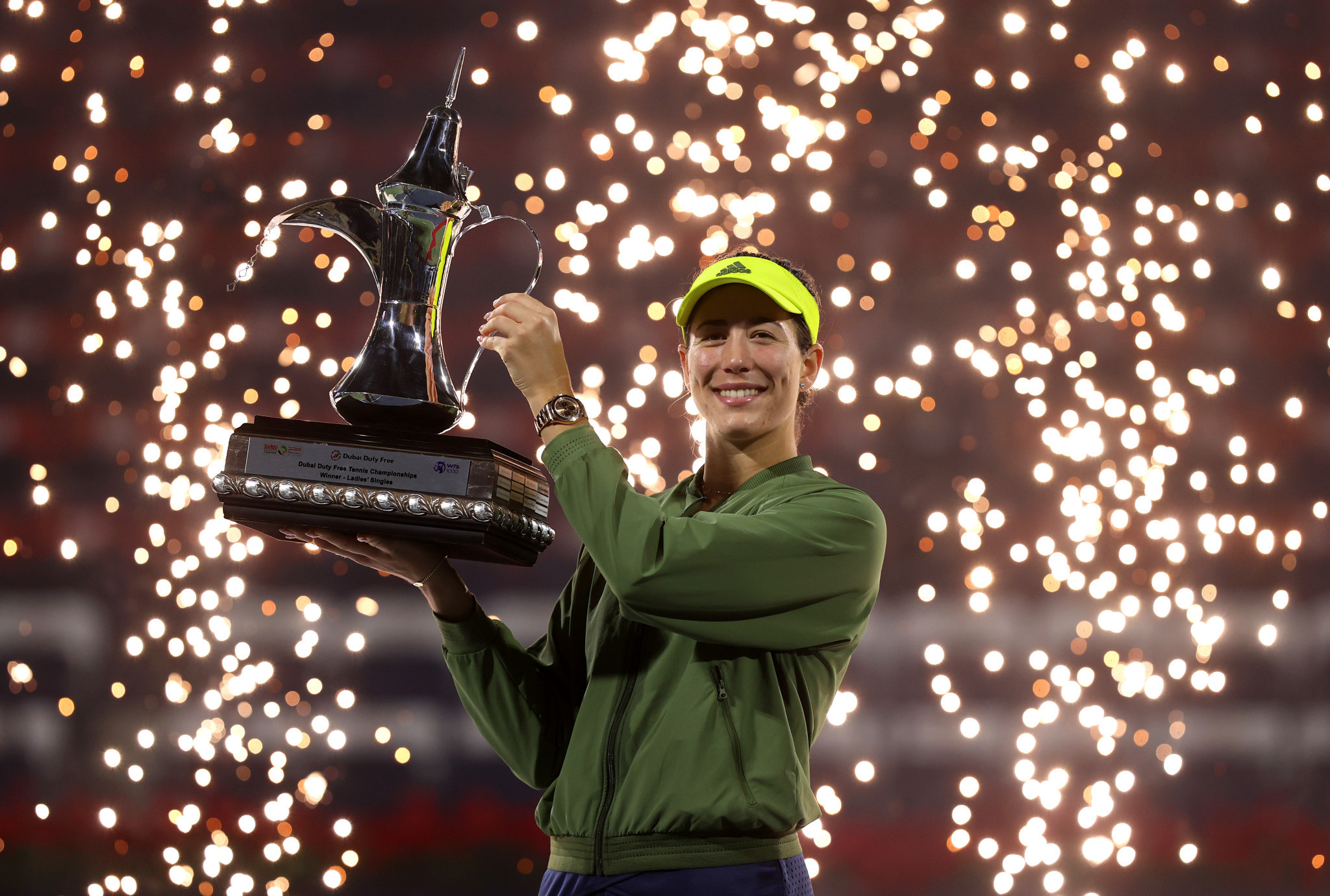 Muguruza, the ninth seed in the singles draw at the season’s first WTA 1000 tournament, the highest level below the Grand Slams, was made to battle hard for just over two hours for a 7-6 6-3 win against unseeded Krejcikova, the world number 59.

During the first set the players twice exchanged breaks of serve before Muguruza had three more points to break her opponent and take the set at 6-5.

These were saved by Krejcikova to force the tie-break which Muguruza won on her fourth set point.

Muguruza broke her opponent in the first game of the second set, but had to save multiple break points throughout the set to maintain her advantage.

The double Grand Slam champion broke again at 5-3 and served out the title in the next game, converting her second match point to secure victory in what she described as "a tricky match."

Prior to the singles final, the doubles final took centre stage at the Dubai Duty Free Tennis Stadium.

Eighth seeds Alexa Guarachi of Chile and Darija Jurak of Croatia dropped just three games as they comprehensively beat their Chinese opponents Xu Yifan and Yang Zhaoxuan, both former winners of this event, 6-0 6-3 in under an hour.

Action continues in Dubai tomorrow with the Association of Tennis Professionals (ATP) Dubai Duty Free Tennis Championships, an ATP 500 tournament, where the field is headlined by top seed Dominic Thiem of Austria, the current US Open champion.