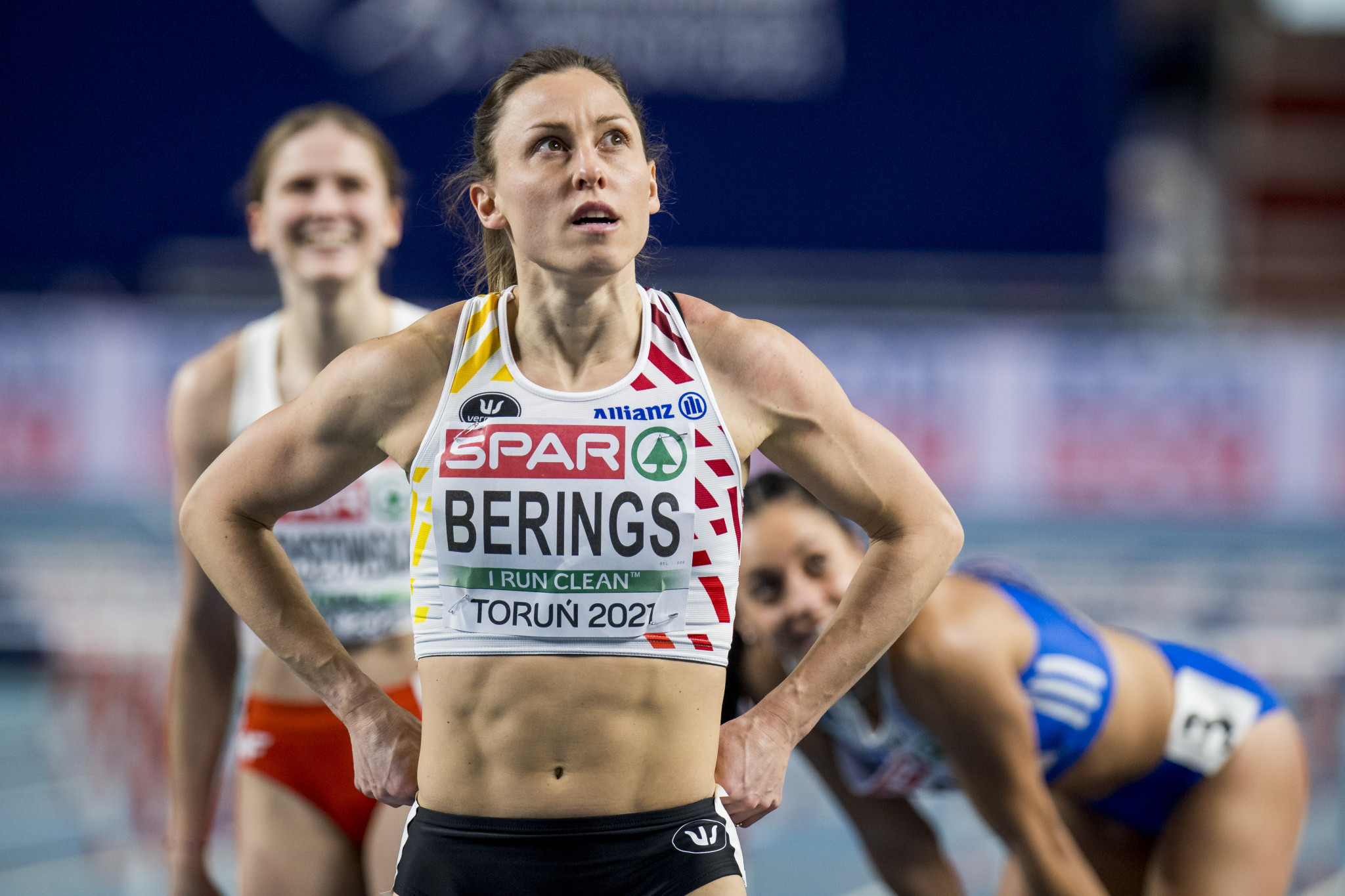 Belgian athlete Eline Berings claims she was forced to withdraw from the semi-finals of the 60 metres hurdles at the European Athletics Indoor Championships for "no reason" following a false positive COVID-19 test result.

Berings, a European champion in the discipline in 2009, had to pull out of the race in Polish city Torun on Sunday (March 7) after testing positive for coronavirus the day before.

But the 34-year-old has now hit out at organisers for not re-testing her "immediately" after later tests showed she did not have COVID-19.

Berings, who qualified for the semi-finals after finishing fifth in her first-round heat, took to social media on the day of the race to vent her frustration before revealing that it was a false positive result.

"No semi-final for me….apparently I tested positive [for] COVID yesterday," wrote Berings on Twitter on Sunday.

"I don’t think I need to explain how devastated I am."

"If only they retested sooner."

"I needed another PCR test in the evening.

"I was sidelined in competition for no reason.

"It could have easily [been] solved by retesting immediately after my positive result came out."

Quoted in a report by Sporza, Berings said it was the "worst thing I have experienced" when reflecting on her European Indoor Championships ordeal.

"It was the most intense and negative in terms of emotions, a rollercoaster," said Berings.

"So much happened in one day.

"I was especially not what you expect when you get up.

"It has been a very bizarre day.

"My gut tells me that a lot of mistakes have happened.

"I found the test administration was not according to the protocol and there was too much time between the first and second tests.

"From the morning I knew I was going to get nothing but bad news.

"At worst I was sick, whatever I feared an at best I was false positive.

"I was looking at my empty track in the semi-finals when I knew I should have been there.

"I was quite intense."

European Athletics said Berings was tested as part of the mandatory sanitary and medical protocol agreed by the Local Organising Committee and Polish Government.

Athletes needed to test negative to enter Poland and again upon arrival in Torun before undergoing further tests every five days.

"Eline took a RT-PCR test on Saturday as part of the standard procedure," a statement from European Athletics read.

"This test delivered a positive result.

"According to Polish regulations she then went into isolation.

"However, also as per Polish regulations, a person who tests positive must then show two negative PCR tests with an interval of 24 hours between the first and second test.

"In Eline’s case the time period between these two additional PCR tests was actually brought forward specifically on EA’s request.

"This in order to allow her to travel back with the rest of the team should both tests deliver a negative results, which proved to be the case."

Berings was one of several athletes to miss out on competing after testing positive for coronavirus.

Polish sprinter Ewa Swoboda also tested positive ahead of the event, meaning she was unable to defend the women’s 60m title.

The European Athletics Indoor Championships were the sport's first multi-discipline championships since the coronavirus pandemic began.