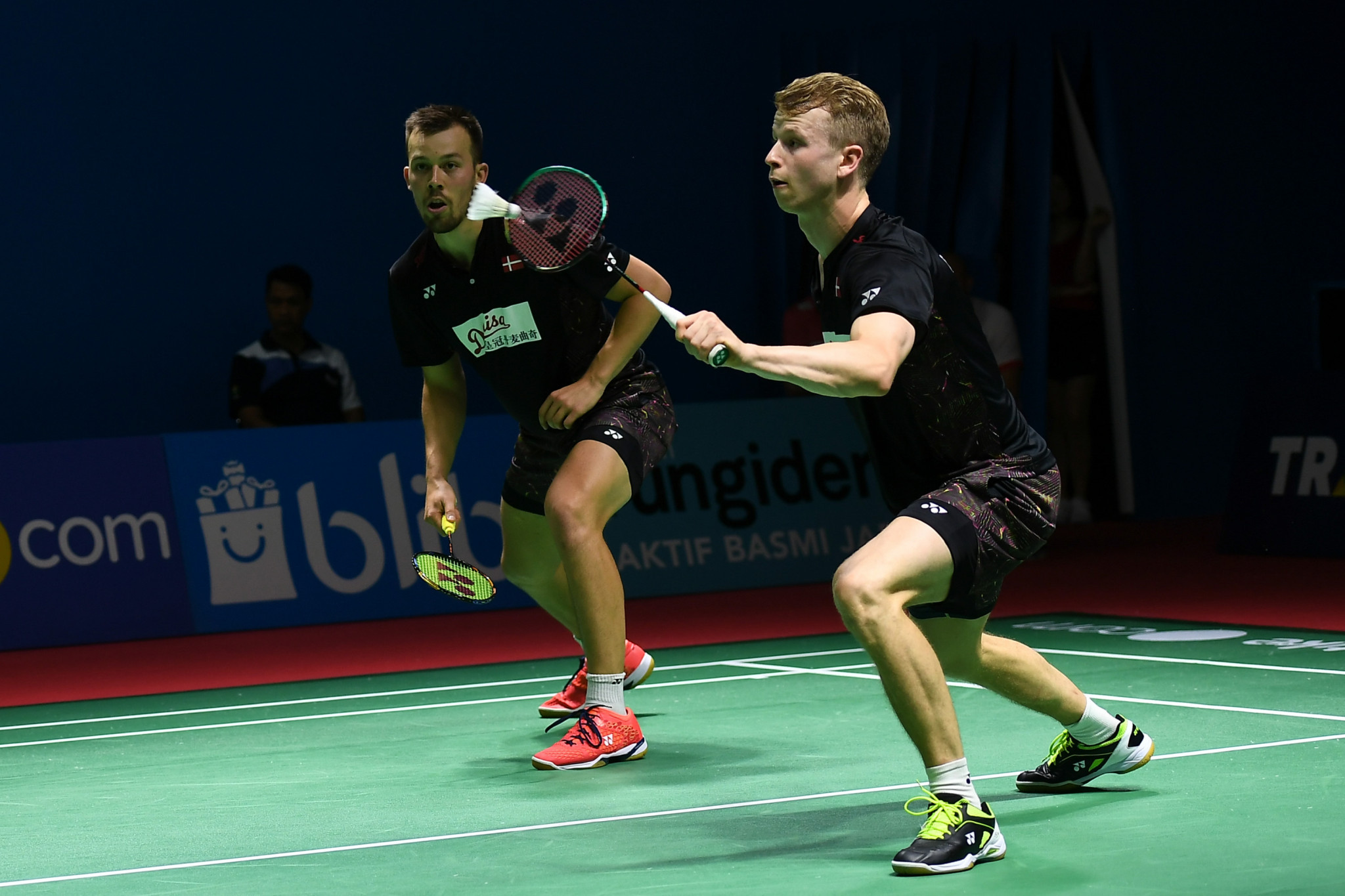 Denmark have won this competition 17 times and started strongly in the best of five games tie courtesy of world number two Viktor Axelsen.

The next match, the women’s singles game, also went the Danes way with Mia Blichfeldt victorious in straight games against Qi Xuefei.

Despite Xuefei getting her nose in front in the second game, Blichfeldt closed out a 21-18 21-19 victory to put Denmark one game away from retaining their mixed team title.

In contrast to the semi-finals, where both nations were made to battle all the way to the final game of the tie, Denmark secured victory in match three, the men’s doubles.

Kim Astrup and Anders Skaarup Rasmussen took on Ronan Labar and Julien Maio, and in an ironic sequence of events this match-up was a repeat of the contest at the 2016 European Men’s Team Championship when Astrup and Rasmussen claimed the winning point for the Danes.

Astrup and Rasmussen continued the dominance of their compatriots in the day’s earlier singles matches, triumphing in straight games 21-12 21-14 to seal victory with two matches to spare.

Victory was Denmark’s fourth in a row with France settling for silver - its first ever medal at this European Mixed Team Championship.

Russia and Germany had already secured bronze medals by virtue of being losing semi-finalists.

Following Denmark’s 3-0 win in the final, the scheduled women’s and mixed doubles matches in the tie were not played.