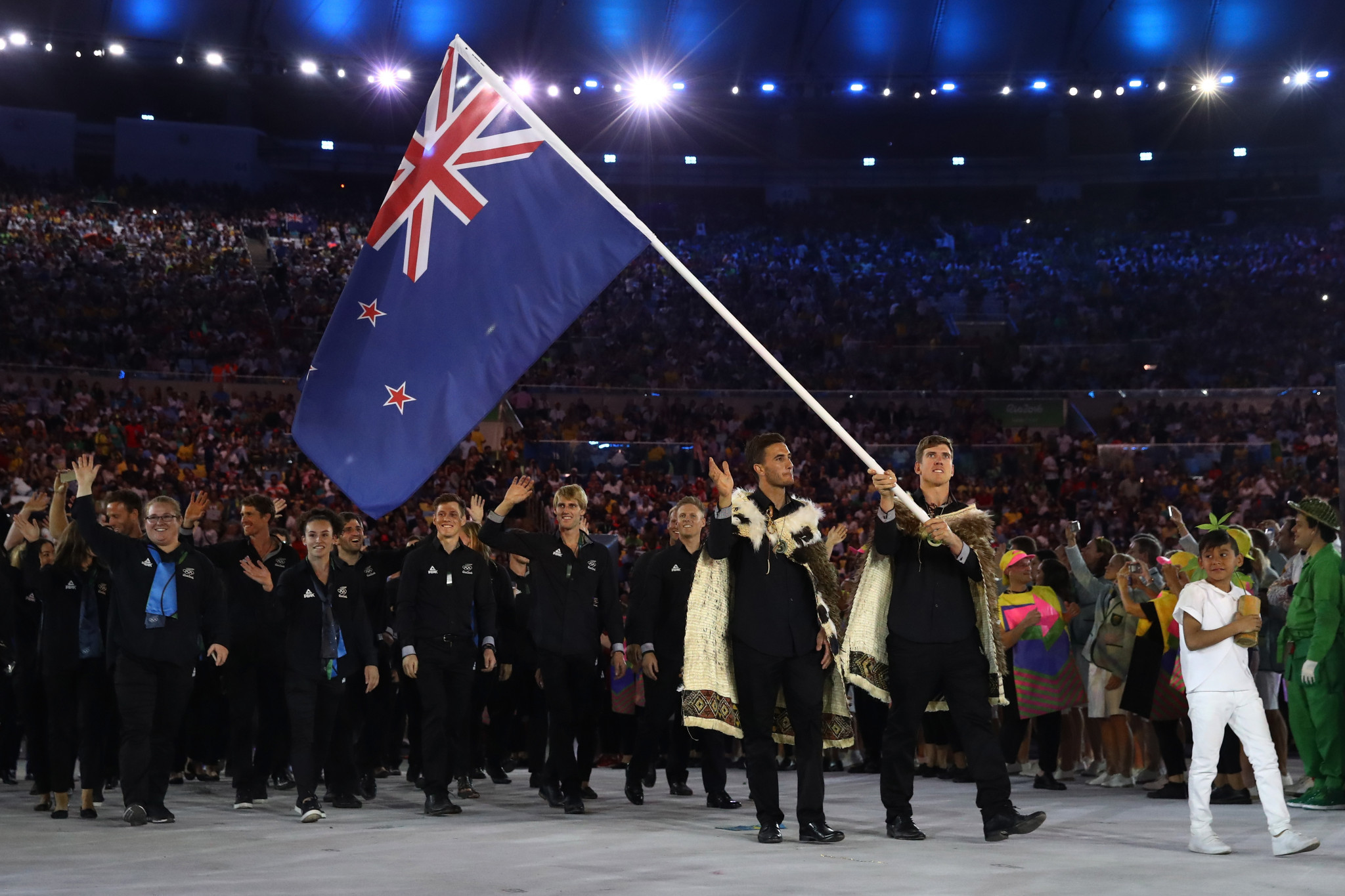 The New Zealand Olympic Committee (NZOC) Athletes' Commission has called for Rule 50 to be removed, with a framework established to permit free speech within Olympic venues instead.

Discussions over Rule 50 have been heightened over the past year, prompted by the publication of Rule 50 guidelines last January.

The debate was fueled further by athletes' demonstrations in 2020 as part of the Black Lives Matter movement's rise to increasing prominence.

Rule 50 states that "no kind of demonstration or political, religious or racial propaganda is permitted in any Olympic sites, venues or other areas".

Several National Olympic Committees (NOC) and their athletes' commissions have conducted their own processes to determine athletes' positions on the issue.

The IOC Athletes' Commission hopes to finalise a Rule 50 recommendation in the early part of this year.

The NZOC Athletes' Commission is among those calling for the abolition of Rule 50, with a framework permitting free speech developed in its place.

"We acknowledge the values of the Olympic Movement as well as the fundamental human right of freedom of expression that exists in law. The IOC’s Rule 50.2 is contrary to this right."@GlobalAthleteHQ pic.twitter.com/InoRhOjyzC

"With the Commission’s support and input, New Zealand Olympic Team has been built on a foundation of Manaaki - the Māori language expression of respect and care for others," the NZOC Athletes' Commission said.

"Manaaki, and in particular respect, is embedded in all decisions we make as a team and influences our culture, identity, and our actions on and off the field of play.

"We acknowledge the values of the Olympic Movement as well as the fundamental human right of freedom of expression that exists in law.

"As such, the NZOC Athletes' Commission believes a framework that permits free speech within Olympic venues be developed.

"The framework should ensure any element of free speech does not incite, hate, violence, or is tolerant of minorities and its expression aligns with the Olympic values excellence, friendship, and respect.

"The NZOC Athletes' Commission accepts the challenges freedom of speech may pose if expressed on the podium.

"We recommend any such expression particularly considers respect and support for the podium experience of any medal winning athletes that may be present."

The NZOC Athletes' Commission has suggested the framework would "support the behaviours, outcomes and environment the IOC seeks".

Proposals to provide education for Olympic athletes founded on a "values-based approach to expressions of free speech in Olympic venues", as well as implementing a fair and transparent remedy process which could be implemented during Games-time.

The United States Olympic and Paralympic Committee has announced it will not sanction athletes for demonstrating at the Olympics and Paralympics.

Its decision followed the Team USA Council on Racial and Social Justice calling for the end of the prohibition of peaceful demonstrations by team members at the Games.

An Australian Olympic Committee Athletes' Commission survey found the majority believed they should be able to express themselves but without impacting other athletes' performances or the overall Olympic Games experience.

The Canadian Olympic Committee's Athletes' Commission has called for a separation of the rules regarding commercial expressions and political protests - both of which come under Rule 50 at present.

Clearly defining terms within Rule 50, including "demonstration" and "propaganda", was also recommended.

More than half of respondents to a survey carried out by the German Olympic Sports Confederation said they agreed with the rules governing expression of opinion during the Olympics.

German athlete body Athleten Deutschland, however, has claimed a change to Rule 50 is imperative.

The organisation said athletes should be able to take a stand for the values of a free and democratic society at any time, adding that the "far-reaching and general restriction of freedom of expression in the context of sporting competitions is therefore no longer acceptable".

IOC President Thomas Bach has previously warned the Olympics should not be "a marketplace of demonstrations", when faced with calls to relax Rule 50.