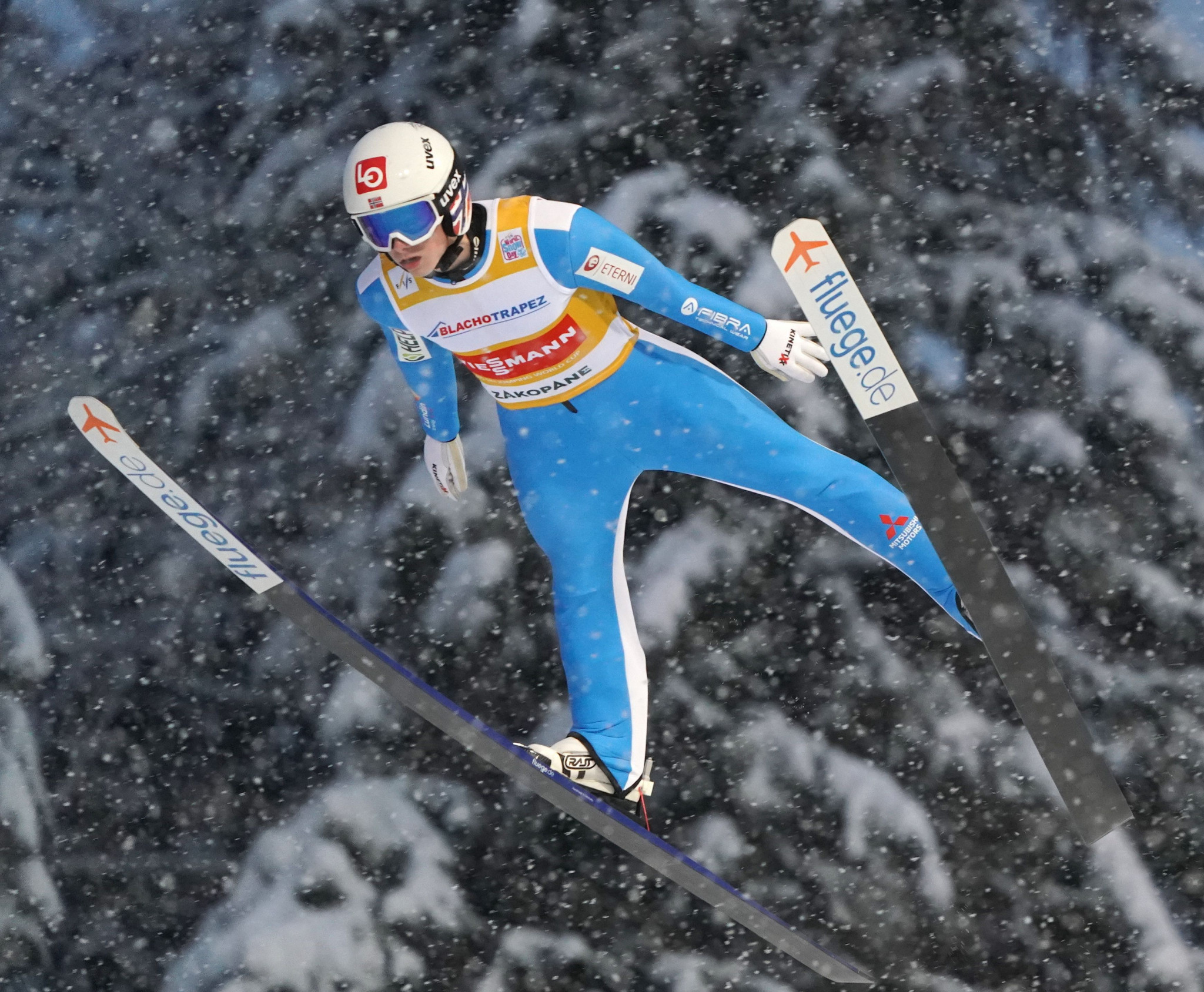 Norway's Halvor Egner Granerud has won his 11th International Ski Federation (FIS) Ski Jumping World Cup event of the season and is now close to clinching the 2020-2021 season title following a win in Zakopane in Poland.

Maintaining a lead he already held after round one, Granerud put down a solid second jump to finish with a total of 298.1, putting him nearly three points clear of silver medallist, Anže Lanišek of Slovenia.

Granerud's compatriot Robert Johansson recovered from a difficult first round to win bronze ahead of another Norwegian, Marius Lindvik.

Four Norwegians were in the top seven thanks to the efforts of Daniel Andre Tande, while Japan's Keiichi Sato was eighth.

Yesterday's winner Ryōyū Kobayashi of Japan added to a strong weekend by finishing ninth too.

Granerud was given another boost in his World Cup campaign after his closest challengers yet again lost significant ground.

His nearest rival, Markus Eisenbichler of Germany, finished 12th, while three-time Olympic champion Kamil Stoch of Poland still sits third in the standings, but could only finish 23rd.

Eisenbichler is now more than five event wins away from Granerud, who could wrap up the title at the next event with only seven competitions to go in the season.

The next leg is scheduled to take place in Râșnov in Romania on Friday (February 19).