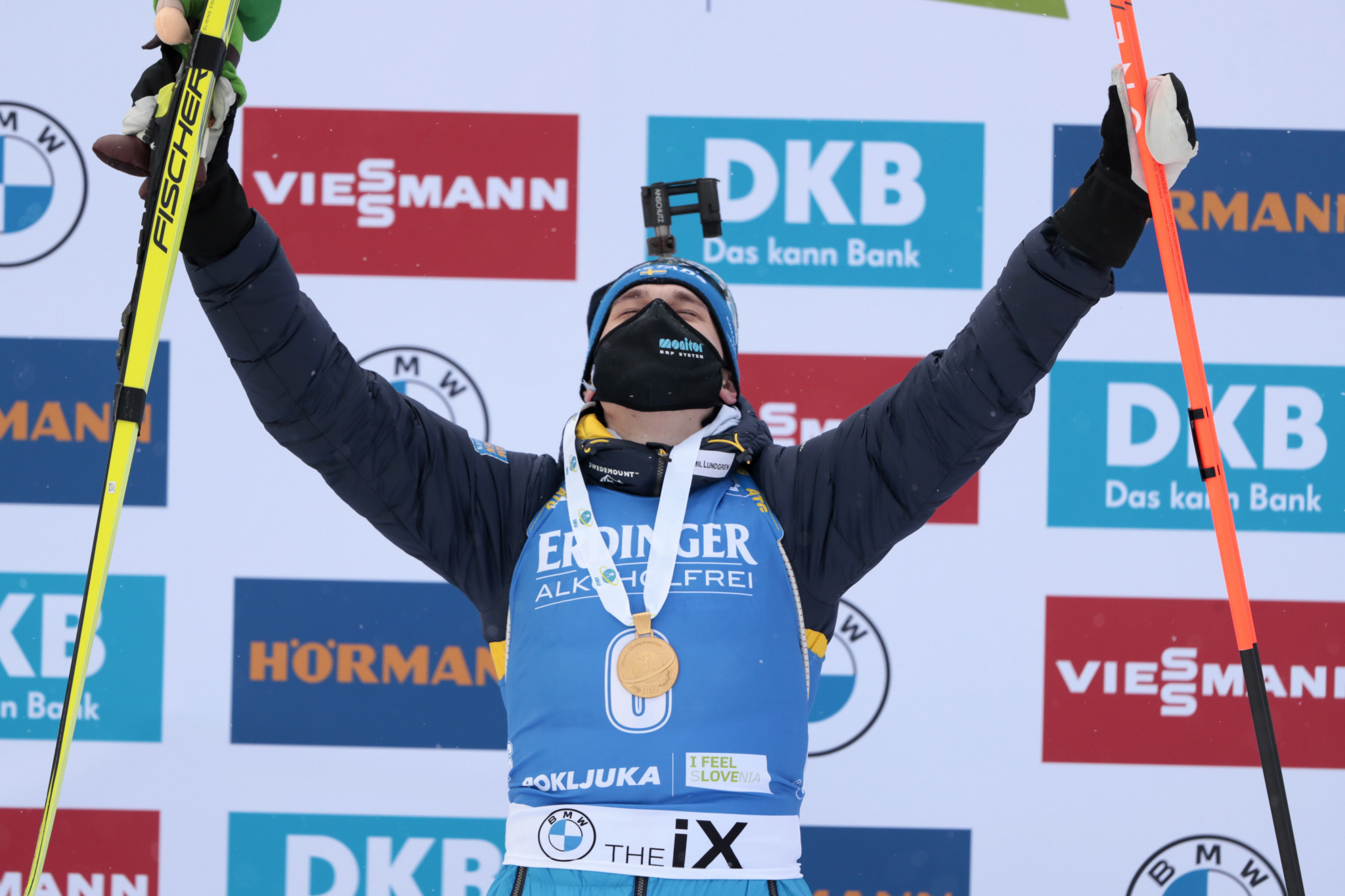 Ponsiluoma shot cleanly while outskiing all of his rivals to clinch top spot in 24min 41.1sec in the Slovenian resort.

It was his second medal in the space of three days having helped Sweden secure bronze in the 4x7.5km mixed relay.

"It is hard to believe," said Ponsiluoma who finished 11.2 ahead of his nearest challenger.

"It is hard to say (that I could hold the lead), I knew there were many strong athletes behind me.

"I was going really early in the field, so it was hard to know."

Martin Ponsiluoma is your new World Champion in the sprint! ? What a thriller this was!

Ponsiluoma also becomes the first Swedish man to win an individual world biathlon title since the first edition of the World Championships in 1958 when Adolf Wiklund was crowned champion.

"I did not think about anything in the shooting, just did like I do in training.

"That is what you have to do.

"You cannot think about needing to hit so-and-so.

The bronze medal went to Desthieux’s teammate Emilien Jacquelin who registered 24.54.0 and one penalty.

The IBU has conducted further SARS-CoV-2 PCR tests for event participants at the IBU World Championships Biathlon in Pokljuka, Slovenia.

One volunteer of the Organising Committee tested positive. pic.twitter.com/mlWTSIopJn

Johannes Dale of Norway recorded one penalty to finish fourth, one thousandths of a second faster than his fellow countryman Johannes Thingnes Bø with two penalties.

"It feels fantastic," said Desthieux who claimed his first individual medal of the season.

"I yearned for that for a long time.

"It is fantastic to get this podium because the beginning of my season was tough.

"When I woke up, I knew this day would be great.

"I did my best biathlon race in a long time."

Competition is scheduled to continue tomorrow with the women’s 7.5km sprint.