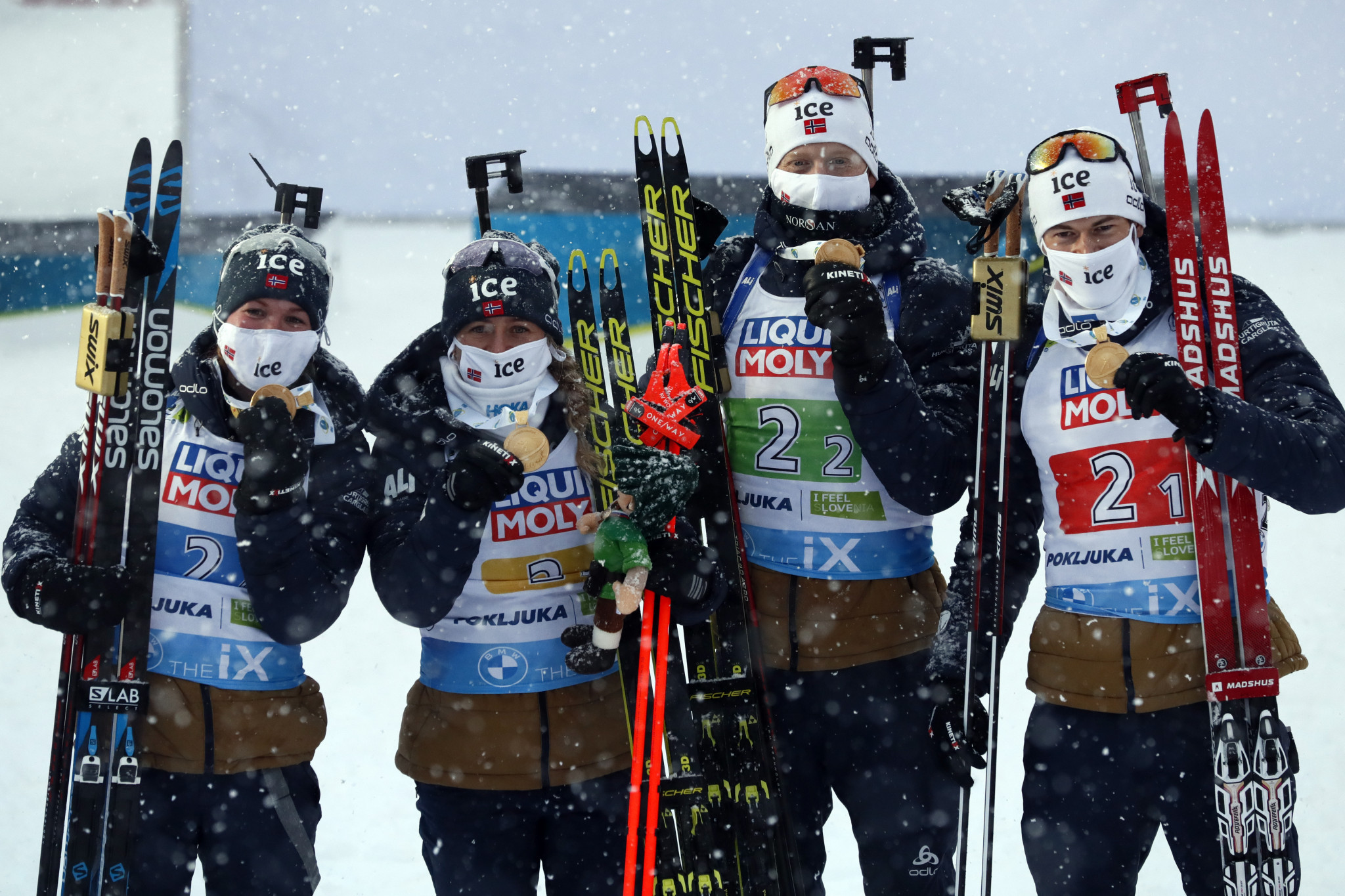 The quartet achieved a winning time of 1 hour 20min 19.3sec, using 11 spare rounds during the competition.

Laegreid had used one spare round during the first leg to have over 4.3 seconds off the lead, before Bø used one spare on both the prone and standing stages.

Bø handed over to Eckhoff with Norway’s lead approaching 40 seconds over their nearest challengers, an advantage maintained during the third leg.

Røiseland was forced to use three spare rounds during the standing section, in addition to one in the prone.

Norway’s lead, however, proved too strong for any challenges to close.

"After I shot, I saw that I had three mistakes.

"I only had three extra shots and knew I had to be really concentrated on these three.

"It was not so much fun, but am happy that I made it.

"I have amazing teammates.

"They made it easy for me, so I am happy that I did not ruin everything today.”

The Austrian team finished 27 seconds behind the winners.

Competition is scheduled to continue on Friday (February 12) when the men’s 10 kilometre sprint event is held.

The World Championships are scheduled to take place until February 21.

Russian athletes and support personnel at the World Championships must use a modified Russian Biathlon Union (RBU) monochrome logo, as part of the two-year sanctions introduced under the recent Court of Arbitration for Sport decision in the World Anti-Doping Agency and Russian Anti-Doping Agency case.

The Russian flag, emblems or symbols cannot be used by their team at the World Championships, while the Russian national anthem cannot be officially played or sung.

The anthem of the IBU should be played during any official ceremonies involving athletes from the RBU.

The World Championships had originally been awarded to Tyumen in Russia, but the country was later stripped of the event due to the country’s doping scandal.

Competition is taking place behind closed doors due to the coronavirus pandemic.

The IBU confirmed today that 770 tests have been conducted to date at the event, with one staff member of the Austrian team and two media staff having tested positive.