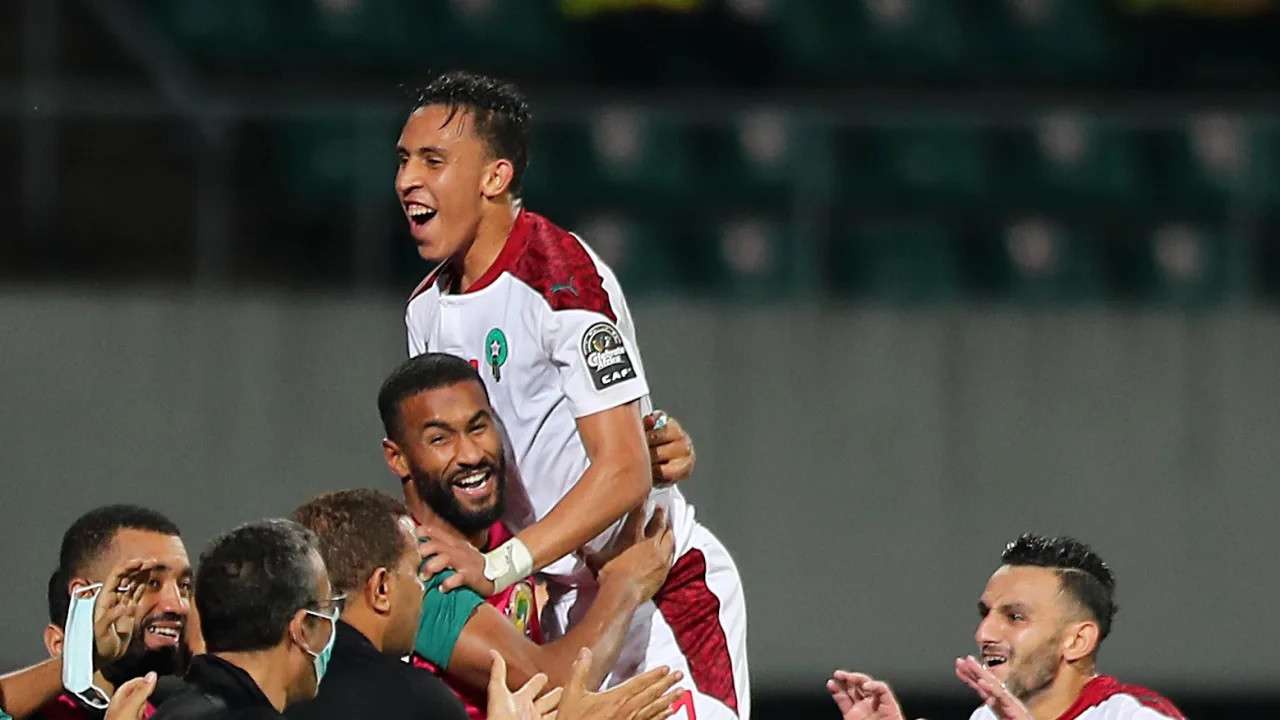 Defending champions Morocco have reached the final of the African Nations Championship after comfortably defeating hosts Cameroon 4-0 in the semi-finals.

Morocco will face Mali who overcame Guinea on penalties after their match had finished 0-0 after extra time.

Soufiane Rahimi scored two goals for Morocco during an emphatic win against Cameroon at the Limbe Stadium.

The Atlas Lions of Morocco dominated the first half and a set-piece helped the holders break the deadlock on the half-hour mark as Omar Namsaoui’s free-kick was fumbled by Cameroon keeper Haschou Kerrido to give Soufiane Bouftini an easy finish from close range.

The goal silenced the home supporters from the Indomitable Lions and ten minutes later Morocco doubled their advantage when Rahimi converted following a pass from Abdelilah Hafidi.

Rahimi sealed victory for the holders with 15 minutes to go when he took advantage of a mix-up at the back by Cameroon to fire past keeper Kerrido to make it 3-0.

Mohammed Ali Bemammer put late gloss on the scoreline with a fourth goal for Morocco who now look into ominous form ahead of the final, scheduled for Sunday (February 7).

The first semi-final of the day was a tight affair between arch rivals Mali and Guinea at the Japoma Stadium in Douala.

After 120 minutes of action in which neither side could find the breakthrough, the contest went to penalty kicks with Mali triumphing 5-4.

Chances were at a premium throughout a physical contest, with the closest that either side came to a winner arriving on 27 minutes when Guinea striker Yakhouba Barry saw his goal ruled out for offside.

The contest went to spot-kicks and in a cruel twist of fate Guinea playmaker Morlaye Sylla, whose performances in the competition have earned widespread praise, missed the crucial effort.

Mali are now set to play holders Morocco in the showpiece match on February 7, with Guinea and hosts Cameroon due to meet on February 6 in the third place playoff at the Reunification Stadium in Douala.