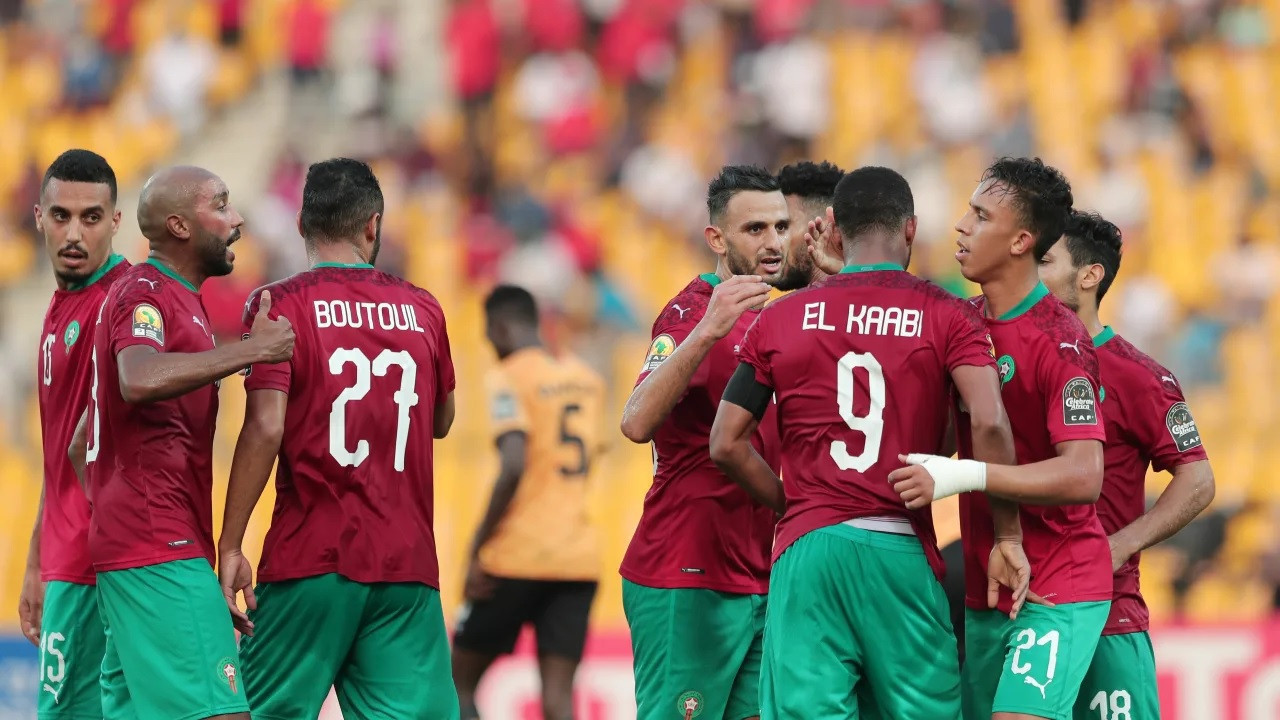 Defending champions Morocco and Guinea have completed the line-up for the last four of the African Nations Championship after winning their respective quarter-finals against Zambia and Rwanda.

Morocco triumphed 3-1 over Zambia at the Reunification Stadium in Douala with two early goals helping the Atlas Lions to a comfortable victory.

The defending champions got off to a perfect start as they opened the scoring within a minute when Soufiane Rahimi tapped in to make it 1-0.

Morocco doubled their advantage in the eighth minute profiting when Zambia’s keeper Allan Chibwe misjudged a corner, allowing Mohammed Al Bemammer to nod in from close range to make it 2-0.

Things got even tougher for Zambia in the 20th minute when they were reduced to ten men after Zachariah Chilongoshi was sent off for a foul.

The defender was initially given a yellow card but after an intervention by the video assistant referee the punishment was upgraded to a red card.

Five minutes before the break the contest was put to bed when Morocco were awarded a penalty after a handball inside the area by Zambian skipper Paul Katema.

Morocco’s captain Ayoub El Kaabi dispatched the penalty kick to open up a 3-0 advantage and put the defending champions on course for a place in the last four.

Zambia scored a consolation goal with ten minutes to go when substitute Moses Phiri pounced at the near post to reduce the deficit to 3-1.

The day’s second quarter-final took place at the Limbe Stadium with Guinea edging out Rwanda 1-0 in a match that saw the National Elephants reduced to ten men for 75 minutes.

The first of two red cards came in the 15th minute when Guinea skipper Mory Kante was sent off following an intervention by the video assistant referee.

Kante’s tackle on his fellow captain Jacques Tuyisenge was deemed worthy of a red card, with Tuyisenge unable to continue following the challenge.

Rwanda also had a player red carded early in the second half with their keeper Olivier Kwizera dismissed after a foul on Guinea forward Yakhouba Barry, the tournament’s leading goalscorer.

Following the foul a free-kick was awarded and it was expertly curled in by Morlaye Sllya past substitute keeper Yves Kimenyi to give Guinea the lead.

Rwanda came close to levelling in the 66th minute when striker Dominique Nshuti struck the crossbar with a header but Guinea held on for a narrow win to seal a last four berth.

The semi-finals of the tournament, exclusively for players who compete domestically in Africa, are scheduled to take place on Wednesday (February 3).

Guinea are set to face Mali at the Japoma Stadium in Douala before an eagerly anticipated contest later in the day between hosts Cameroon and holders Morocco is due to be played at the Limbe Stadium.