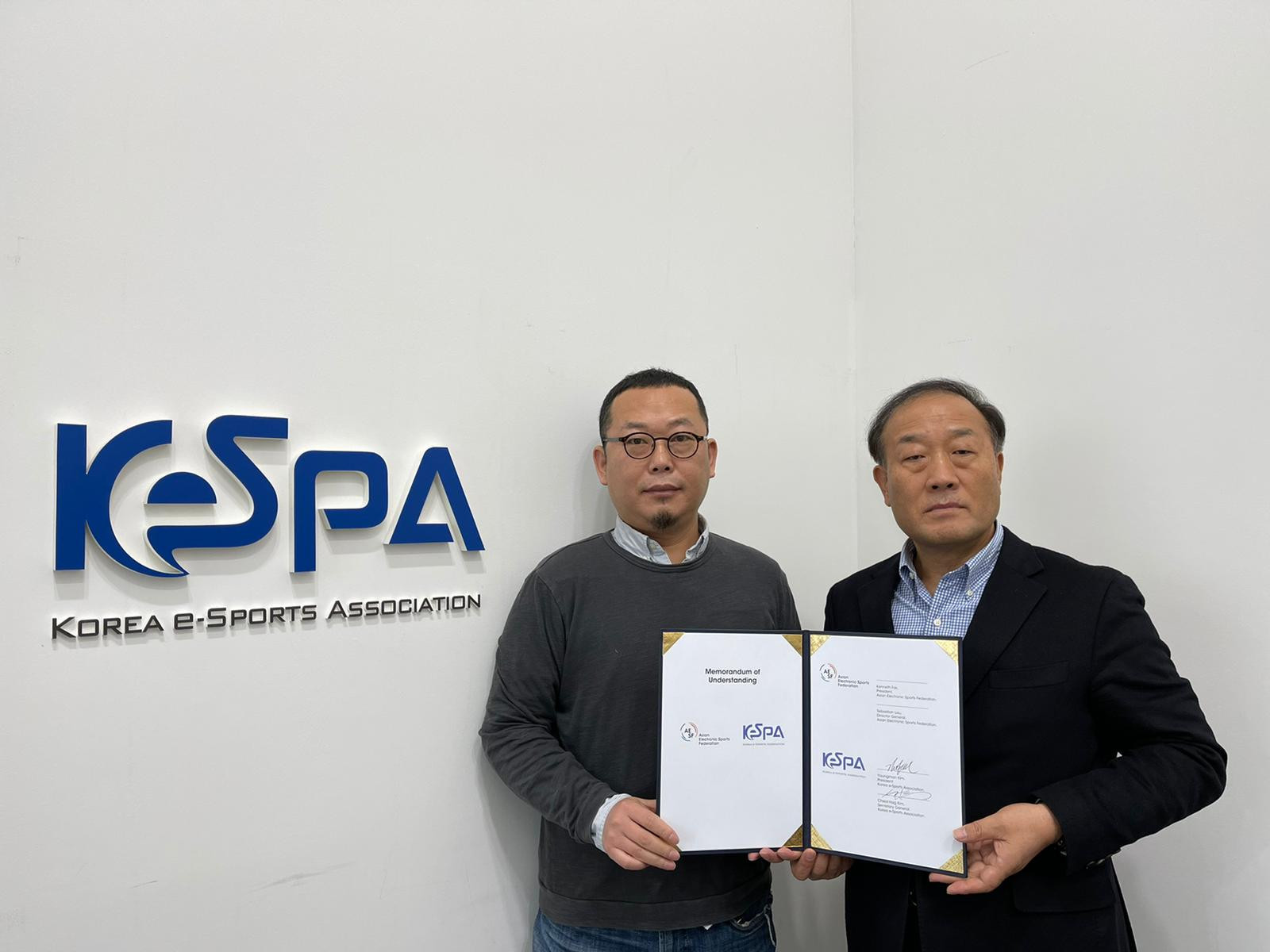 The collaboration between the two organisations is set to further develop esports in a number of areas including education, grassroots development, business cooperation, integrity and athletes.

Other major areas of collaboration are set to include the development of standard esports manuals and guidelines, the protection of the rights and interests of stakeholders, the cultivation of talent, strategic cooperation for the official recognition of esports as a sport, and the expansion of cultural and educational cooperation between regions.

The promotion of esports for people with disabilities will also be focused on.

South Korea is considered one of the leading countries in esports and hosts a large number of esports events.

"We have always worked closely with KeSPA on many fronts and in many projects over the years yet this MoU is momentous for us for so many reasons," said AESF President Kenneth Fok.

"Many regard South Korea as the epicentre of esports - due to history or even the performance of South Korean teams and players in recent times.

"But to me, it is because of the solid groundwork and grassroots ecosystem which have brought them to where they are today.

"It is definitely something we can help share their experience and knowledge with our members and aspire to elevate the esports to a next level with other member associations in Asia.

"I look forward to a very productive and fruitful working relationship with my counterparts from KeSPA moving forward."

KeSPA President Young Man-kim revealed he was "confident" the MoU would bring a "synergy of collaboration".

"AESF’s role and platform is critical for our member associations to develop and grow further and KeSPA is more than happy to be an integral part and able to contribute by sharing our experience and knowledge on how we have developed esports, its supporting system and especially on establishment and governance for esports at all levels for over 20 years," he said.

"I am confident that the MoU will bring a synergy of collaboration for our esports community and look forward to working closely with AESF."