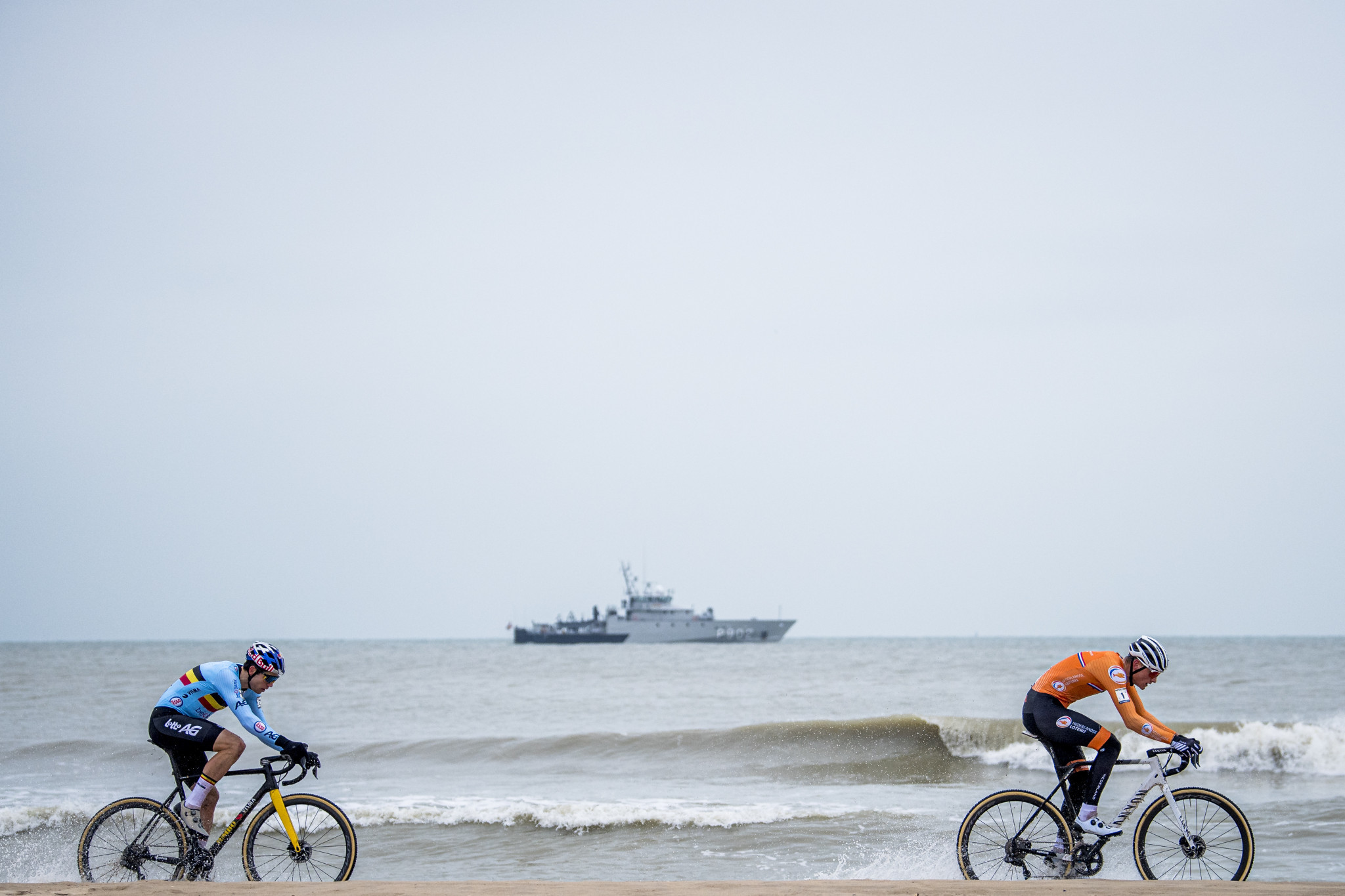 The Dutch star was seeking a third consecutive victory at the World Championships, but expected to face a strong challenge from his rival Wout van Aert of Belgium.

Van Aert appeared to have the advantage early in the race after van der Poel suffered a crash on the second lap of competition, which featured tough sand sections.

Van der Poel saw his advantage increase to around 20 seconds after five laps of the event, which he steadily increased in the final three laps of the competition.

A fourth cyclo-cross world title was sealed when he crossed the line in a time of 58min 57sec.

Van Aert was left settling for second place at 37 seconds down.

The podium was completed by Belgium’s Toon Aerts at 1:24, after he finally distanced Tom Pidcock to eventually end 13 seconds clear.

Van der Poel’s triumph ensured the Dutch team completed a clean sweep of world titles, with Fem van Empel having won the women’s under-23 event earlier in the day.

The 18-year-old, who switched from professional football to focus on cycling in 2019, produced a crucial attack on the final sand section of the race.

Van Empel edged ahead in the closing stages to win in 36:59, ending just three seconds clear of her compatriot Aniek van Alphen.

Hungary’s Kata Blanka Vas was nine seconds behind the winner in third.