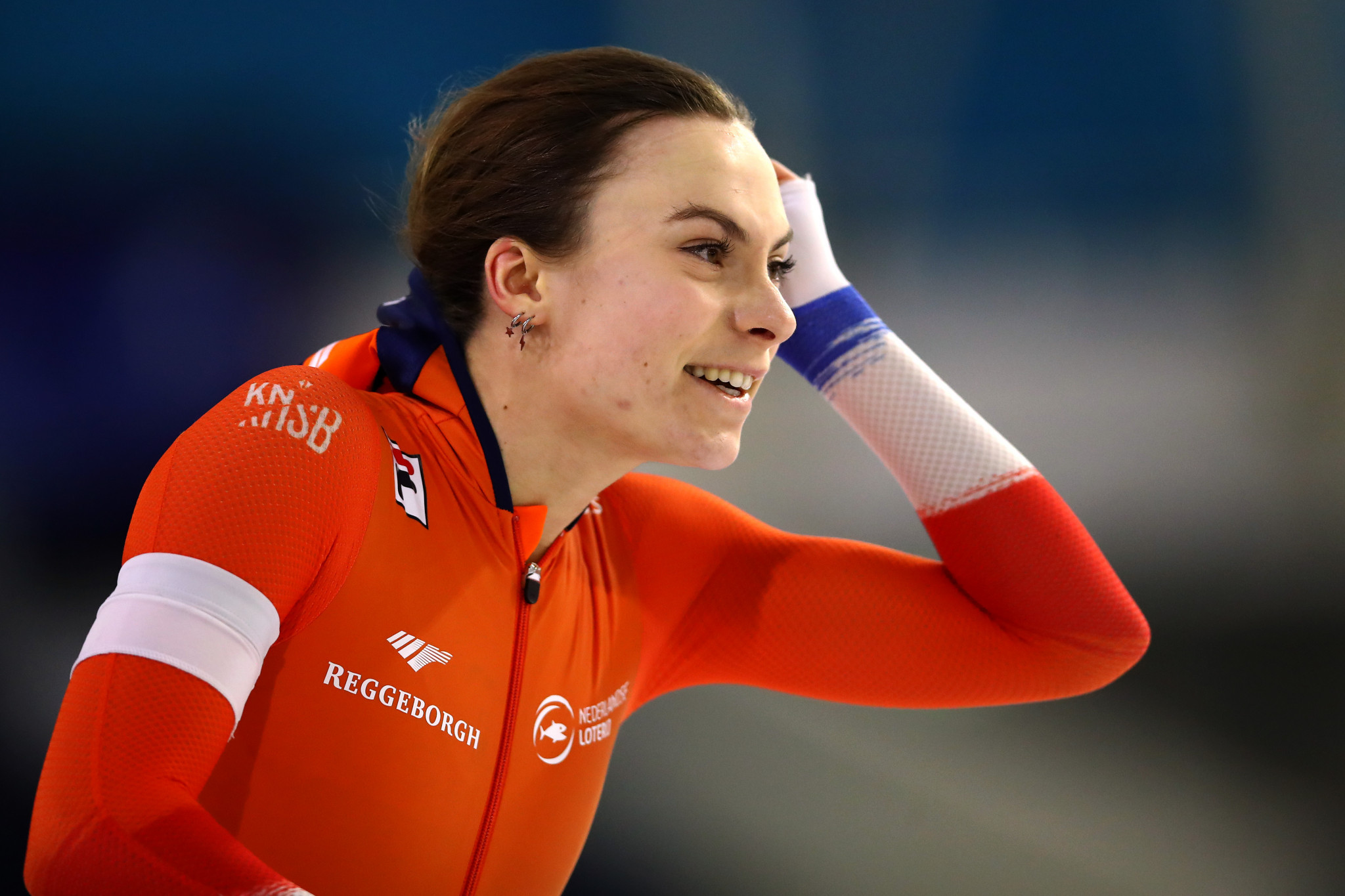 The Netherlands continued to dominate on home ice on the final day of the International Skating Union (ISU) Speed Skating World Cup, winning four of the six gold-medal races in Heerenveen.

Golikova was just 0.02sec behind the Dutchwoman, while compatriot Olga Fatkulina placed third.

Irene Schouten produced perhaps the most impressive performance in Heerenveen, setting a new track record in the women's 3,000m with 3min 57.155sec.

Schouten led an all-Dutch podium, with Antoinette de Jong and Joy Beune finishing with the silver and bronze medals respectively, more than a second behind the winner.

Another track record was set after this, with Patrick Roest decimating the competition in a time of 6:06.145 in the men's 5,000m.

Roest was 6.66sec ahead of Dutch team mate and four-time Olympic champion Sven Kramer, who won the silver medal.

In the final race of the day, The Netherlands' Thomas Krol was a narrow victor in the men's 1,000m, 0.09sec ahead of team mate Kai Verbij.

Russia's Pavel Kulizhnikov was only 0.14 behind Krol in third.

Away from the Dutch victories, the United States' Brittany Bowe won her second gold medal of the weekend, this time in the women's 1,000m.

Four Dutch skaters completed the top five, but Jorien ter Mors and Kok completed the podium ahead of Jutta Leerdam and Ireen Wüst.

Bowe was the only non-Dutch winner yesterday.

Russia's Artem Arefyev set a new personal best on his way to winning the men's 500m ahead of a strong Dutch duo, in today's other non-Dutch triumph.

The next leg of the ISU Speed Skating World Cup is set to also take place in Heerenveen as part of a bubble system being employed during the COVID-19 pandemic, and scheduled for January 29 to 31.