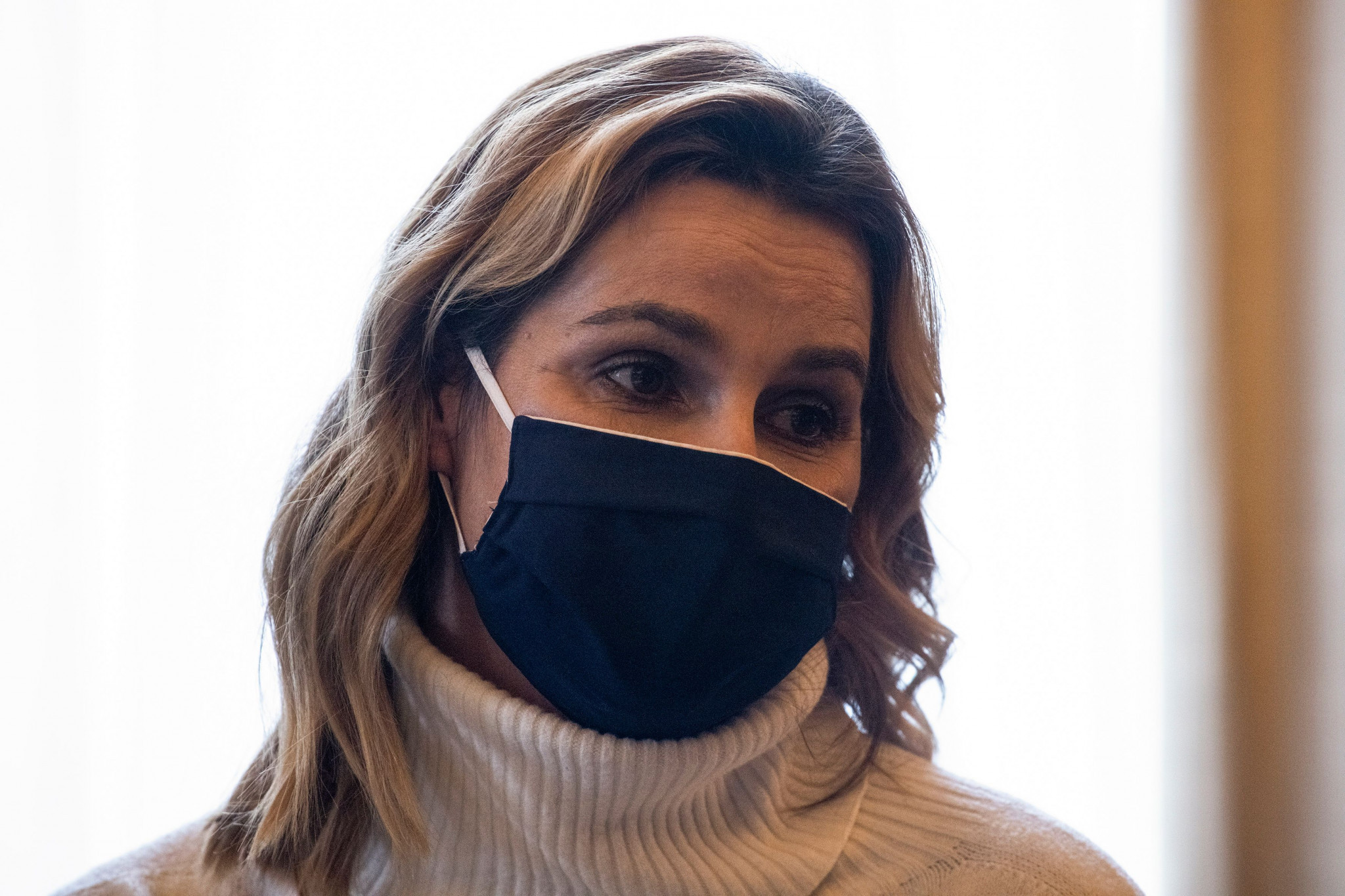 The Stavros Niarchos Foundation (SNF) has suspended its grant to the Hellenic Sailing Federation over the response to Sofia Bekatorou saying she was sexually abused in 1998 by a high-ranking member of the organisation.

Bekatorou, who won gold in the 470 class at her home Olympic Games in Athens, made the allegation during an online conference organised by Greece’s Sports Ministry.

The 43-year-old said a male official performed a "lewd act" after inviting her to his hotel room to discuss preparations for the Sydney 2000 Olympics.

She said the act was not consensual.

Bekatorou said she did not open up about the abuse at the time due to the fear it would be "devastating for her life dream and divide the Greek sailing team".

The Hellenic Sailing Federation initially released a statement calling for Bekatorou to be more specific about the incident.

The organisation later said it had requested the resignation of its vice-chairman Aristides Adamopoulos, allegedly the official cited by Bekatorou.

The SNF, a non-profit organisation which funds arts and culture, education, health and sports, and social welfare, expressed its "shock and dissatisfaction" with the response and the statements of the federation.

The SNF said it was suspending its support to the Hellenic Sailing Federation’s disability sailing programme, until it was confident the federation will respond comprehensively to Bekatorou’s statement.

"SNF is therefore suspending its current grant to the Federation for its sailing training programme for athletes with disabilities," the SNF said.

"With the suspension of the grant, SNF does not, in any way, aim to penalise the direct beneficiaries, who are athletes with disabilities and the sailing clubs that support them but, on the contrary, to protect them as well as the employees of the federation.

"In the letter, which was also addressed to the Board of Directors of the Federation, SNF states its intention to completely cancel the grant unless it receives sufficient and satisfactory assurances, within 30 days, that these matters will be dealt with in a comprehensive and final manner.

"SNF, the letter notes, places strong emphasis on the ethics and the character of the people involved, as well as on effective administration and sound management, when selecting grantees.

"Any suspicion of wrongdoing in the operation of an organisation and the behaviour of its executives raises critical questions about the organisation's ability to do its work and therefore cannot and should not be ignored."

Adamopoulos wrote to the Hellenic Olympic Committee (HOC) last week to confirm he will no longer participate in the organisation’s meetings.

The official claimed Bekatorou’s complaint is "false, defamatory and submissive", adding that he was stepping down due to the impact the "great negative publicity" would have on the HOC.

The HOC has requested the organisation’s Sports and Ethics Committee launch an investigation into the allegations made by Bekatorou.

Bekatorou thanked the officials and Greece's Prime Minister Kyriakos Mitsotakis for their support.

"First of all, I would like to thank everyone, the President of the Republic, the Deputy Minister of Sports, the President of the Hellenic Olympic Committee for their direct support, but also the whole world and the politician and every person, because with your messages you gave me great courage to reveal and manage this traumatic experience I had," Bekatorou said.

"The effort we have made with all the sailing athletes is mainly about stopping the abuse of power.

"My personal experience is not the only phenomenon of abuse of athletes and because we want and want to clean the landscape in Greek sports and to encourage young children to come to play sports and to be able to be fearlessly in sports venues and in our society, in a healthy society, we talk and we talk openly.

"It was not easy to go out and talk publicly about something so traumatic.

"However, after I spoke, having received all these feelings from the world around me and so many encouraging words but also the embrace of virtually the entire State, I can confidently tell every victim to leave this position, to break the silence, to speak.

"From any place, whether sports or work, in our society in general, because we all have the strength in such a difficult situation that our country and the world in general are going through, to emerge victorious and make a fresh start for the Greece we want to have a healthy Greece in all its forms."

Capralos reiterated his support to Bekatorou and encouraged other athletes to speak freely to uncover any other incidents of abuse.

"Through Sofia's brave attitude, I want to believe that both sports and society in general will benefit," the HOC President said.

"I think that with the support that has been given to Sophia, from now on everything related to abuse of power will be reduced.

"The perpetrators must be both afraid and ashamed.

"And on the other hand the victims to break the silence.

"That way everyone will benefit."

World Sailing says it has also contacted Bekatorou, a member of the governing body's Athletes’ Commission.

The governing body praised Bekatorou's brave decision to come forward about the alleged sexual abuse she experienced as an athlete.

"This is a difficult time for her and she has the full support of the World Sailing community.

“Sofia is a tremendous competitor, renowned for her passion and commitment to the sport.

"She has led the way on the water and now off it.

"I hope her bravery can inspire others that have been wronged to come forwards and that those who have committed such crimes are held accountable.”

World Sailing added that it welcomed the HOC’s request to the organisation’s Sports and Ethics Committee to launch an investigation and will continue to support Sofia throughout the investigation.