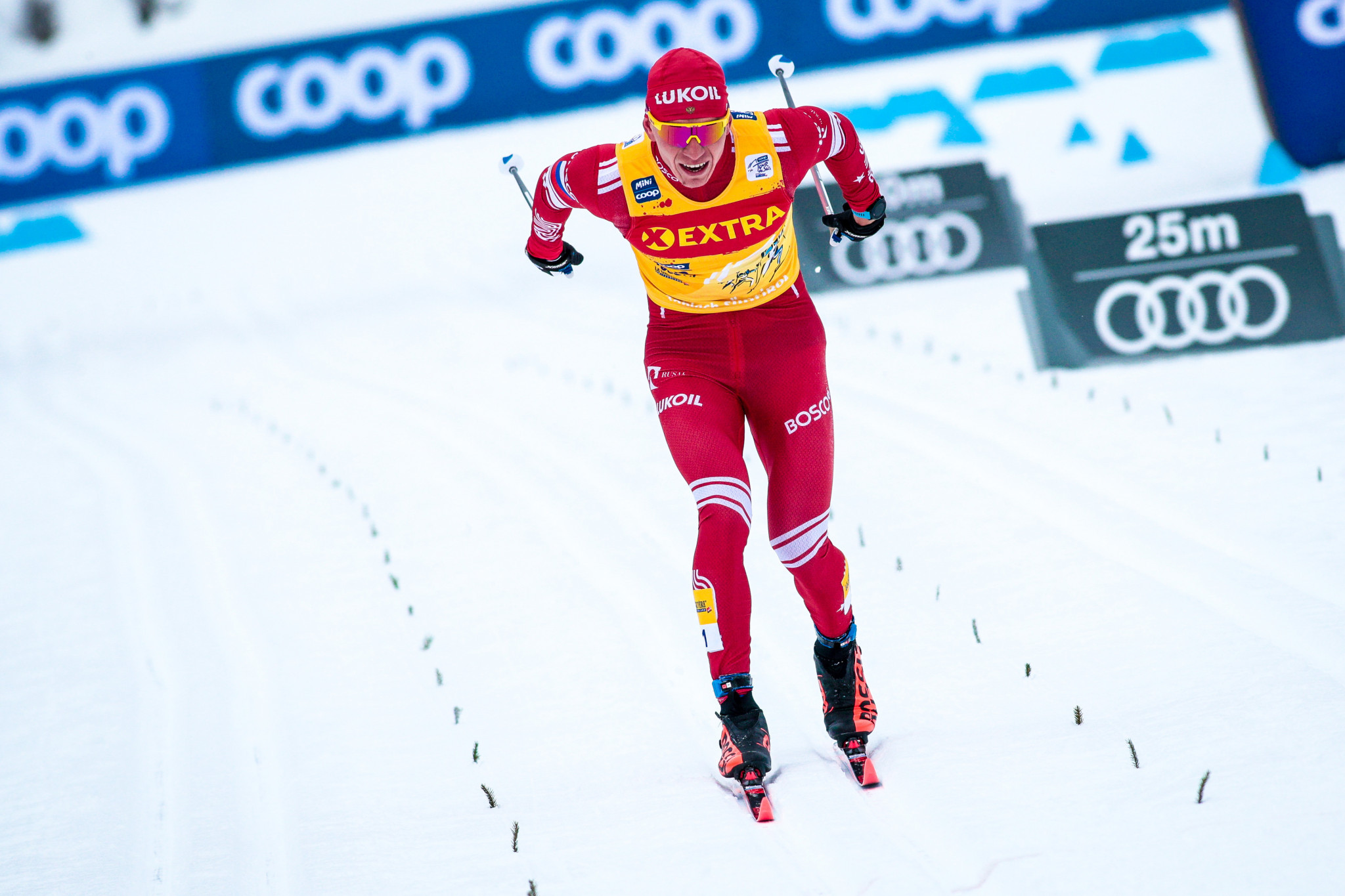 Defending champion Alexander Bolshunov continued his dominance in the International Ski Federation (FIS) Tour de Ski with a fourth straight win and second triumph in as many days in Toblach.

The Russian powered to victory in the 15-kilometre free race yesterday at the Italian resort and there was no stopping him over the same distance in the classic pursuit today either.

Bolshunov cruised home in 34min 32.9sec – almost a minute ahead of his Russian rivals – as he stretched his lead at the top of the standings of both the Tour de Ski and the overall FIS Cross-Country World Cup.

"I knew today I had two options, either we would take this as a mass start and push each other in a group or I would try it by myself," said Bolshunov.

"After I heard that I had a good extend in the first intermediate, I knew I could do it."

While Bolshunov swept to victory, just one thousandth of a second separated runner-up Ivan Yakimushkin and third-placed Evygeniy Belov, completing an all-Russian podium for the second day running.

Eight of the top nine places were taken by Russian athletes with Alexey Chervotkin and Andrey Melnichenko finishing closely behind Yakimushkin and Belov.

Frenchman Maurice Manificat managed to squeeze himself in between the Russian squad to finish sixth ahead of Denis Spitsov, Artem Maltsev and Ilia Semikov.

There was also a Russian winner of the women’s 10km classic pursuit with Yuliya Stupak claiming her first World Cup victory of the season.

The bronze medal went to Jessie Diggins of the United States in 29:25.5.

It was a fifth successive podium finish for Diggins who won yesterday’s 10km free and the 10km free pursuit in Val Müstair in Switzerland.

Diggins’ compatriot and rival Rosie Brennan came fourth while Krista Parmakoski of Finland also secured a place in the top five ahead of Russian duo Tatiana Sorina and Alisa Zhambalova.

Diggins and Bolshunov both lead the respective overall and points standings in the Tour de Ski after the fifth stage.

The final three legs of the competition - which forms part of the FIS Cross-Country World Cup - are due to be held in Val di Fiemme from January 8 and 10.

Cross-country skiers are set to compete in the classic mass start with the men racing over 15km and women over 10km before they both tackle the sprint classic and the 10km mass start climb.