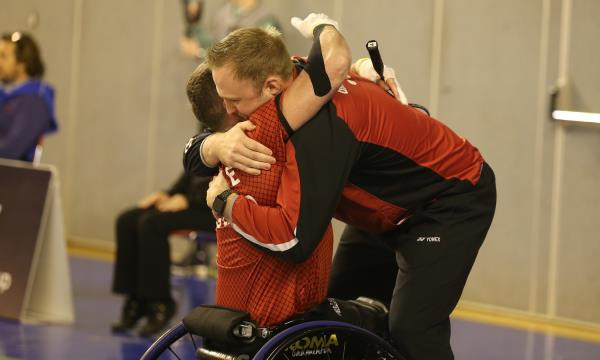 Morris reflected on the past year in an interview with Badminton Europe.

Like all sport, Para-badminton was suspended as a result of the COVID-19 pandemic.

Players were also set to compete at the Paralympic Games in Tokyo, which were postponed to August 24 to September 5 this year.

Morris revealed the difficulties emerging from the suspension of sport and the rescheduling of events.

"The players and coaches, the support staff, the families and everyone else involved in the journey of sending this team to the Paralympics have all been affected by the 'goalposts' that keep moving," he said.

"Of course the health of all of these people has been the priority and I’m proud to say that we have managed the situation as best as anyone could, but I can’t hide the fact that as sportspersons we want to be out there on court performing, achieving and giving our all.

"That’s been a challenge.

"It isn’t easy training on your own at home, and so we have had to put all our efforts into maximising what can be achieved with limited resources available."

Despite the struggles, Morris claimed there had been some positives during 2020.

"We have pulled together as much as possible as a team, that’s been key as well, coming up with fun and exciting ways to keep that sense of a group all working together," he said.

"I don’t want to give too much away, but to keep up the sense of hard work and fun we’ve implemented lots of things.

"Many very successful and we’ll keep doing some of them even after this pandemic.

"There have been a lot of positives this year that have come out of this situation."

Morris also discussed the staging of a tournament to give his players something to aim for.

"We created a socially-distanced tournament, months in the making," he said.

"It was designed to feel important and getting the buy-in from everyone involved in the lead up to the tournament was crucial.

"We’re in the middle of twelve whole months without anything in the calendar and that’s a long time for players to go without a true, real measure of how they’re doing.

"We made this tournament feel important.

"The results were going to matter.

"The performances, and I mean every aspect from preparation, strength and conditioning, nutrition, psychology, stamina... everything, was going to be reviewed and if the high standards we expect are not hit, there would be consequences."

The British Para-badminton team are set to continue preparing for Tokyo 2020 this year.

It will be the first time the sport features at a Paralympic Games after it was added to the programme alongside Para-taekwondo.