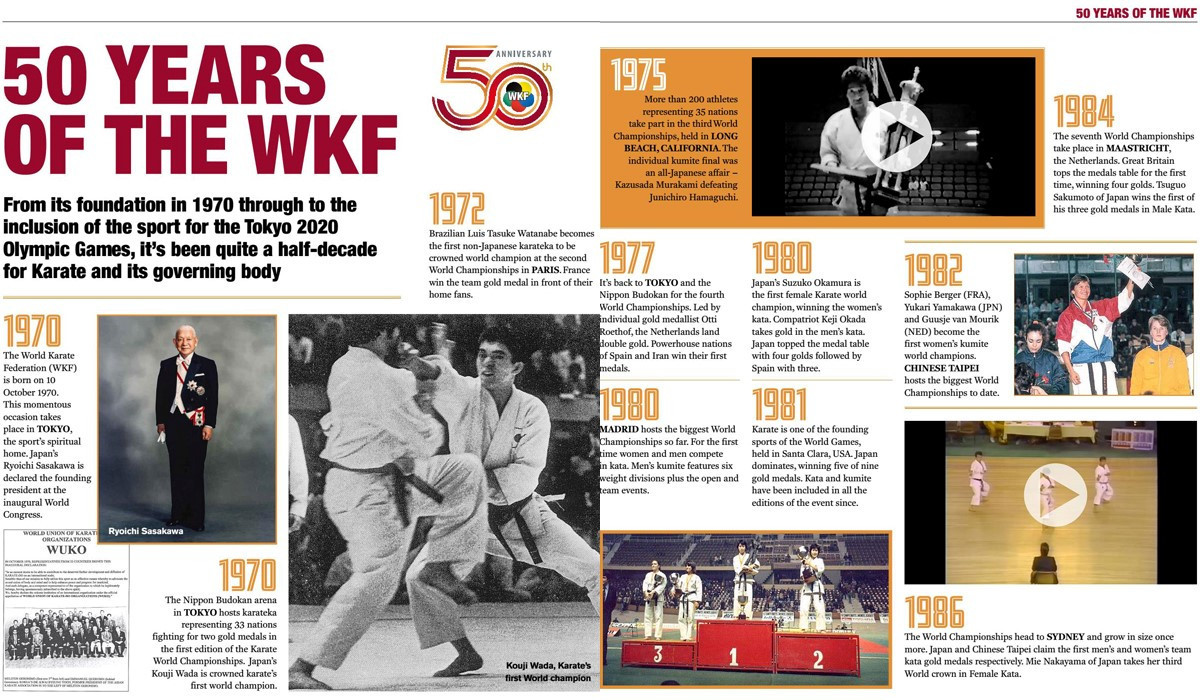 The World Karate Federation (WKF) has published a commemorative magazine entitled "1970-2020: A Celebration of Karate" to mark the 50th anniversary of the governing body.

The magazine is available to read here via the WKF website and features historic pictures and highlights videos of various editions of the World Championships from over the years.

As well as looking back at the development of the sport, there are also articles about the Karate World Championships, karate's participation in World, Beach and Continental Games and a preview of karate's scheduled debut at the rearranged Tokyo 2020 Olympics.

In the foreword WKF President Antonio Espinos writes: "Over the last 50 years, the sport of karate has accomplished innumerable milestones, has progressed outstandingly and has shaped and brightened the lives of millions of people around the world.

"Many personalities and enthusiasts of our beloved discipline have contributed greatly to the success of karate in these 50 years.

Must read for all KARATE fans❗️

"I want to express my sincere gratitude to all of them, especially those who are no longer with us.

"Whilst we celebrate five decades of memorable history, it is my wish that the karate world continues as united, committed and empowered as it is now.

"We are stronger when we are together and I am sure that all of us members of the karate family will continue to wear our karate-gis in harmony for many more years to come.

"It has been my highest honour to head this magnificent organisation during this golden era of our sport, and to act as President of the WKF for more than two decades.

"Now that we face new and greater challenges I believe that with our values and our resilience as emblems, we can march together in unison towards our brighter future."

The WKF marked its 50th anniversary in October by launching a new logo which it said at the time would "shape the branding of the organisation in the coming months."