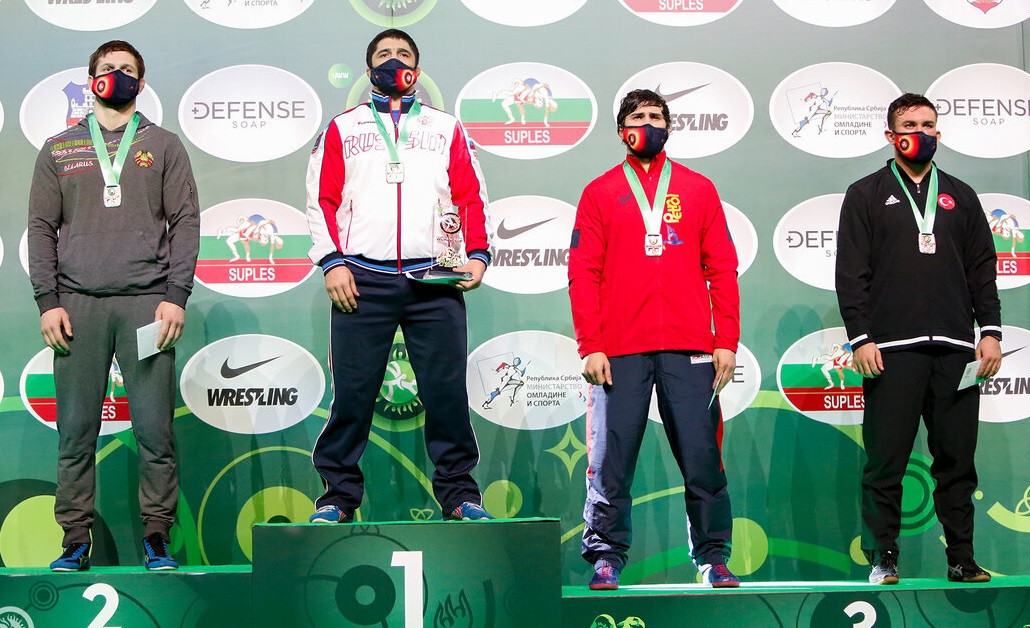 Russia took four gold medals on the final day of the United World Wrestling (UWW) Individual Championships as they closed a competition they have dominated in style.

Gold went to Russia in the 61kg category courtesy of Abasgadzhi Magomedov with the 2018 junior world champion defeating Akhmednabi Gvarzatilov of Azerbaijan 5-1 courtesy of two takedowns.

Bronze medals went to Georgi Vangelov of Bulgaria and Agustin Destribats of Argentina.

The 65kg category was unique in being the only final on the last night not to feature a Russian wrestler, with Vazgen Tevanyan of Armenia comfortably beating Iszmail Muszukajev of Hungary 9-1.

Tevanyan, the 2019 under-23 European champion was leading 3-1 with less than a minute to go in the contest, and extended his advantage courtesy of a gut wrench and three successive turns to defeat 2019 world bronze medallist Muszukajev.

Bronze medals in this category went to Hor Ohannesian of Ukraine and Haji Aliyev of Azerbaijan.

2016 junior world silver medallist Usmanov cruised to a technical superiority win over Kotanoglu courtesy of a series of throws.

Bronzes in this category went to Vasyl Mykhailov of Ukraine and Mahamedkhabib Kadzimahamedau of Belarus.

The bronze medallists in this category were Osman Gocen of Turkey and Piotr Ianulov of Moldova.

Russia claimed the final gold of the championships in the 97kg category as Abdulrashid Sadulaev benefited from an injury default by his scheduled opponent Aliaksandr Hushtyn of Belarus.

Bronze medals in this category went to Suleyman Karadeniz of Turkey and Ahmed Bataev of Bulgaria.

In total, Russia claimed eight out of ten gold medals on offer in the freestyle category, helping them to an emphatic 106 point win in the team competition, with Turkey a distant second.

Russia concluded the Individual World Cup, held in place of the World Championships, which was postponed owing to the coronavirus pandemic, with 24 medals overall, including 17 golds.