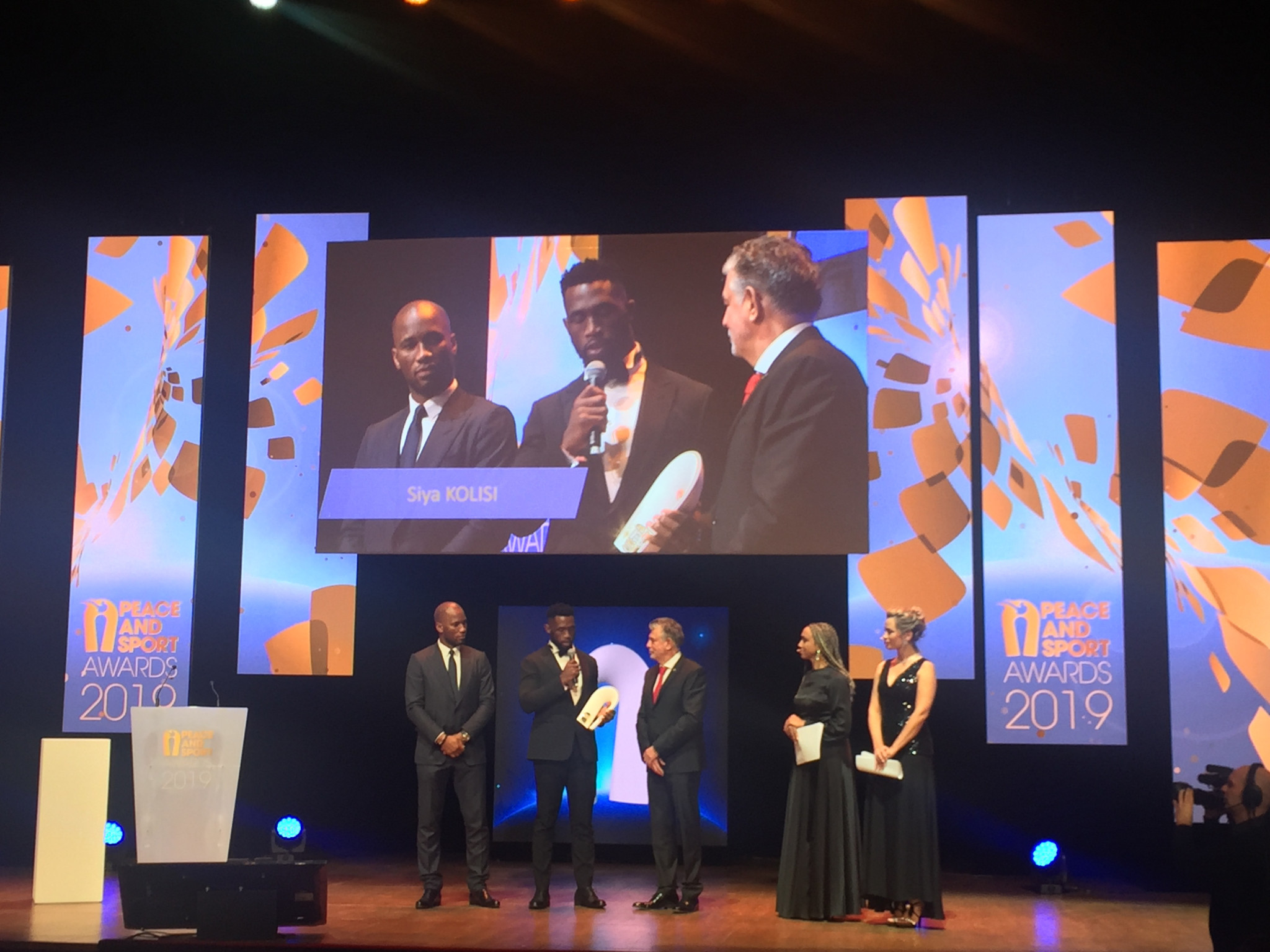 The Award ceremony took place at the end of the second day of the Peace and Sport International Forum, due to conclude tomorrow.

The pinnacle of the evening was the Champion of the Year award, which looks to recognise an athlete that has led a significant and sustainable sport initiative towards peaceful change.

At 28-years-old, Kolisi is the first black captain in the Springboks' 126-year history.

From a background of hunger and deprivation in an Eastern Cape township, he has become a national hero.

He encourages companies and individuals to join him in giving South African youth access to the skills they need for a successful future, the judges claimed.

Hundreds of under-resourced schools will be modernised thanks to this national programme.

Seven other awards were given out, with Saint-Omer Cricket Club Stars winning sport organisation of the year for its scheme which , provides opportunities for young refugees from Afghanistan and Pakistan.

The corporate social responsibility initiative of the year accolade went to the Danone Nations Cup, the largest children's football tournament in the world, with more than two million participants

A scheme in Haiti called "GOALS" won the non-governmental organisation of the year.

This initiative focuses on quality education and rural inclusion to reduce illiteracy and increase school attendance for rural youth in Haiti.

Naandi Foundation, based in India, received the development and sport through peace programme of the year award for a programme which includes promoting gender equality.

Fundación Olimpica Guatemalteca was  innovative action of the year.

This inclusive initiative encourages participants to set sports records that are converted to local currency.

The funds raised through the involvement of the whole society were used to open a new sports facility, where life skills are passed on to more than 500 young people from vulnerable communities to reduce delinquency and violence

The National Olympic Committee of Bosnia and Herzegovina and the two cities of Sarajevo and East Sarajevo were given the diplomatic action of the year award after holding the 2019 European Youth Olympic Winter Festival.

It is part of the "Pediatric Emotional Wellness Program" and based on a robot using an audio, video and remote control software system.

It gives bedridden children a chance to have an immersive experience and interact with players during workouts and games.

"The Peace and Sport Awards are a unique opportunity to focus the world on sport's initiatives for peace," Joël Bouzou, President and founder of Peace and Sport, sid.

"We all have a role to play and we must use this wonderful tool of sport for peace.

"I would also like to congratulate Siya Kolisi, Champion of the Year, who, like Nelson Mandela, has shown a unique power of sport to bring people together."