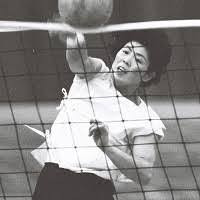 Kinuko Idogawa, one of the main members of Japan's gold medal-winning team in women's volleyball at the Tokyo 1964 Olympics, has died at the age of 81 following a brain haemorrhage.

Idogawa was the main attacker for the Japanese team at their last home Games, and passed away on Friday (December 4) according to The Japan Times.

She died less than a year before Tokyo plans to host the Olympics again, after this year's Games were postponed to 2021 due to the ongoing COVID-19 pandemic.

In the deciding match of a round-robin tournament at the 1964 Olympics, Japan won the inaugural women's volleyball title after a straight sets victory over the Soviet Union.

They remained undefeated during the tournament, finishing with a record of five wins.

I am very saddened by the loss of Kinuko Idogawa (then Tanida), an ace attacker in the Japanese women’s volleyball team, which won a gold medal in the 1964 Tokyo Olympics.
My condolences.
https://t.co/gTaaA3tAm5

The team, which became known as the "Witches of the Orient", were national heroes after winning the title at the Games.

They received the nickname for their trademark diving and tumbling saves, which were drilled into them by national team coach Hirobumi Daimatsu.

Ten of the 12 members of the Olympic team played for Nichibo Kaizuka, which was based in Osaka.

Following the 1964 Games, Idogawa retired and focused on offering her services as a coach to amateur teams throughout her life.

Japan won Olympic gold again at Montreal 1976 but have not topped the podium since.