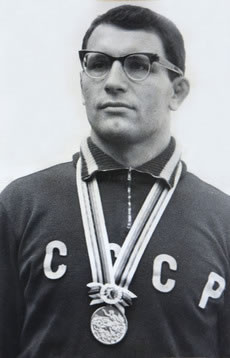 Ivanitsky earned gold for Russia in the freestyle wrestling 97-kilogram division at Tokyo 1964.

Following his retirement from wrestling, Ivanitsky moved into broadcasting and was a commentator for the Opening and Closing Ceremonies for the Moscow 1980 Olympic Games.

Ivanitsky was reported missing after going to a forest in the Moscow region to look for mushrooms on Wednesday (July 22).

It was determined that he had entered a river, and his body was found four days later, as reported by Russian state news agency TASS.

The Russian Olympic Committee (ROC) is among the organisations to pay tribute to Ivanitsky.

"For me personally, this is a great tragedy, because I knew him well" said ROC President Stanislav Pozdnyakov.

"Of course, when such people leave, the thread of generations breaks, but he actively participated in the transfer of experience, met with young athletes within the framework of of our program 'Olympic country'.

"This is a great loss for the entire Olympic movement, which in this case cannot be replenished."

Ivanitsky was also friends with fellow Tokyo 1964 Olympic wrestling champion Alexander Medved, who went on to win two more Olympic gold medals and is considered one of the greatest wrestlers of all time.

"With great regret I learned about what happened, he was a strong, powerful, healthy person who seriously observed the regime, looked after himself," Medved said.

"How could this happen."