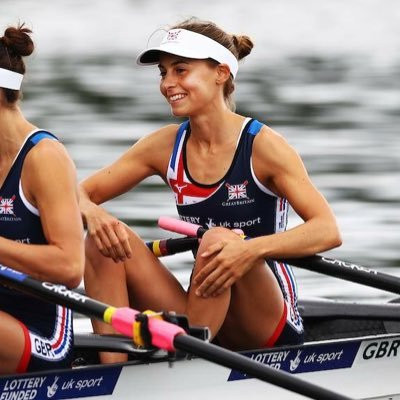 Piggott first represented Britain as a junior in 2009 and went on to win gold at the 2013 Under-23 World Rowing Championships.

She moved into the senior British rowing team in 2014, earning silver at the World Cup II that year.

In 2015, Piggott clinched silver in the lightweight quad sculls at the World Rowing Championships at Lac d'Aiguebelette alongside teammates Brianna Stubbs, Ruth Walczak and Emily Craig.

The following year, Piggott, Stubbs, Craig and Imogen Walsh upgraded the silver to a gold in Rotterdam.

Piggott took a bronze medal in the lightweight double sculls at the World Cup I in Belgrade in 2018, before finishing in fifth place at the World Championships in Plovdiv.

In 2019, she finished less than a second outside the medals at the European Rowing Championships and sixth at the World Cup III.

"I’m happy this is the right decision at the right time for me," Piggott said.

"I’ve loved my time in the team and feel really lucky to have had a fantastic career, travelling the world doing the sport I love and representing my country.

"I have met some amazing people along the way who have made the experience all the more special and become firm friends beyond the boat.

"Whilst I will no doubt miss being part of the team, I feel this is a happy retirement and I’m excited for the next challenge now."

The 29-year-old revealed she would move into a career in management consultancy, and claimed her experience as an athlete would help her in her new role.

"There’s a big people element in being an athlete and you gain experience building teams that are robust and resilient through change, challenges and high pressure moments," she said.

"A big draw of consultancy is being able to continue that focus on working closely with brilliant people, and I’m excited to take my experience into a new environment."

As Tokyo 2020 mark 100 days to go until the opening of the Paralympic, IPC President Andrew Parsons tells Mike Rowbottom why he feels the Games in the Japanese capital will be the most important edition in the event's history.