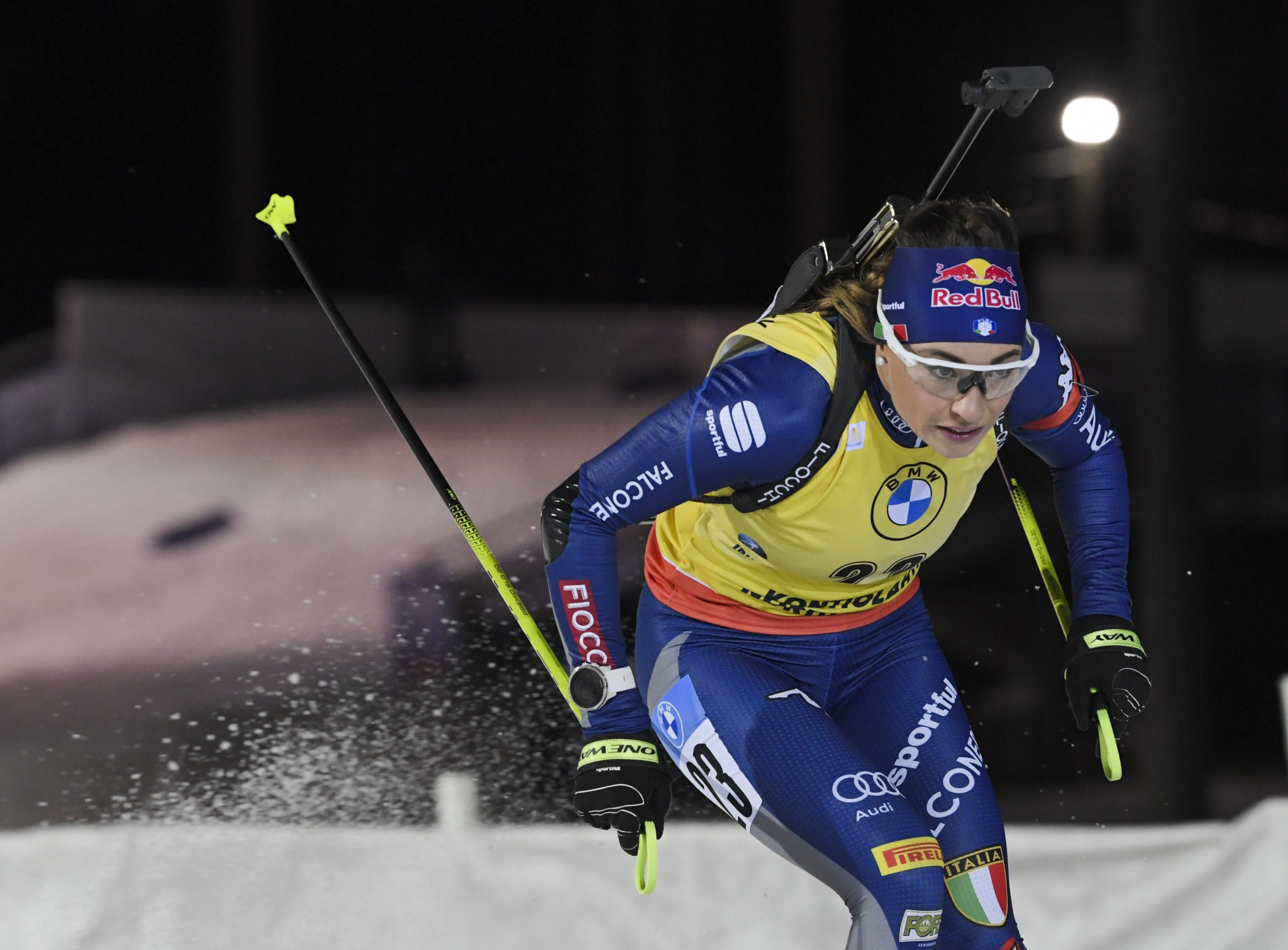 Wierer produced an impressive shooting display during the women’s 15 kilometre event at the Finnish venue.

The Italian biathlete shot clean throughout the competition to hold a lead of 35 seconds heading into the final loop.

Her advantage was cut by Germany’s Denise Hermann, who had one penalty.

Wierer would cross the line in a winning time of 44min 0.9sec, just 0.8 seconds ahead of Hermann.

“It is a good feeling to be back on the podium,” Wierer said.

“I was really happy about my shooting today.

“It was really hard for me on the tracks especially the fourth and last loops.

“I am not in great shape at the moment, but I hope with more races it comes slowly.”

Laegreid shot clean during the competition, finding the target with each of his 20 shots on only the fifth World Cup start of his career.

Johannes Thingnes Boe, the reigning World Cup champion, finished as the runner-up behind his compatriot.

Boe finished in a time of 19 seconds behind the winner, having received a penalty during the event.

Germany’s Erik Lesser rounded off the podium by finishing 1:03 down.

Today’s competition took place without spectators amid concerns over coronavirus.

Seven teams recorded positive tests prior to the World Cup opener, leading to members of the Moldovan, Russian and Romanian teams being quarantined.