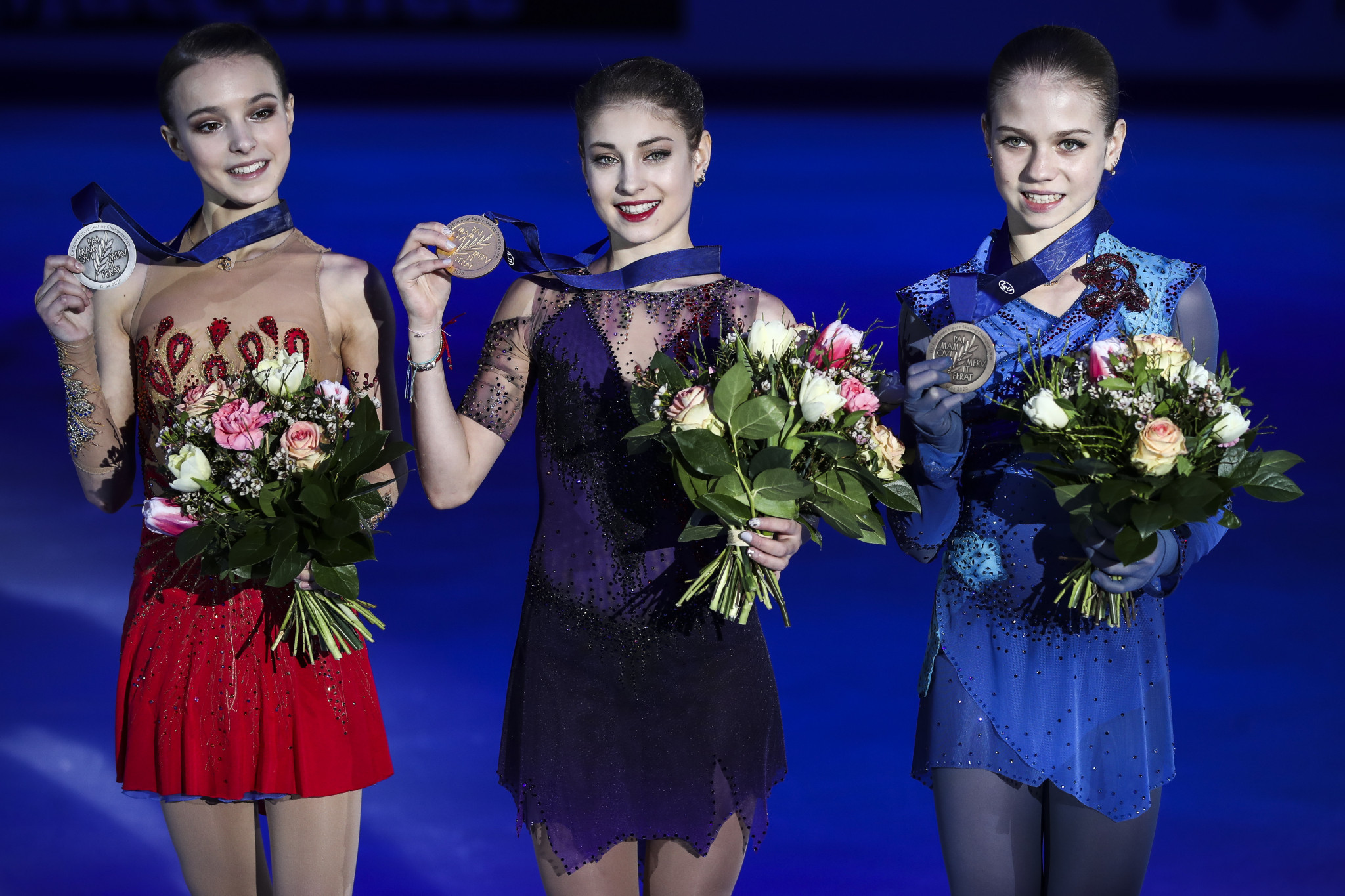 Alena Kostornaia, Anna Shcherbakova and Alexandra Trusova are expected to battle it out for ladies gold at the Grand Prix of Figure Skating event in Moscow.

With two-time world champion Evgenia Medvedeva forced to withdraw due to injury, all eyes are set to be on the Russian trio this weekend.

Trusova won Rostelecom Cup in 2019 and beat Kostornaia earlier this month at a Cup of Russia Series event, hitting a three quadruple jumps in her free skate to score 171.21 and 248.63 overall.

But Kostornaia finished top of the podium at last year’s Grand Prix of Figure Skating Final in Italy and the European Championships in Austria in January, with Shcherbakova settling for second and Trusova finishing third on both occasions.

Other Russian names to watch include Elizaveta Tuktamysheva, winner of the 2015 World Championships, and 2019 European champion Sofia Samodurova.

A resurgent Mikhail Kolyada will be looking to continue his good form after winning the third stage of a domestic series last month.

The Russian is likely to face competition from compatriot Dmitri Aliev, the reigning national and European champion, and Georgia’s Morisi Kvitelashvili.

Seventeen-year-old Andrei Mozalev is poised to make his senior international debut, while fellow Russian teenager Evgeni Semenenko could also cause a surprise.

Following their victory in the fourth stage of the Cup of Russia Series, Anastasia Mishina and Aleksandr Galliamov are set to be the team to beat in the pairs event.

Aleksandra Boikova and Dmitrii Kozlovskii and Apollinariia Panfilova and Dmitry Rylov are also expected to be in contention on home ice.

European champions Victoria Sinitsina and Nikita Katsalapov are among the favourites in the ice dance competition along with fellow Russian pair Tiffani Zagorski and Jonathan Guerreiro.

The Rostelecom Cup is the third stop on the ISU Grand Prix of Figure Skating schedule after events in the United States and China.

The competition starts tomorrow and is due to end on Sunday (November 22).

The Grand Prix of Figure Skating Final, which had been due to be a test event for the 2022 Winter Olympic Games in Beijing, has been postponed.