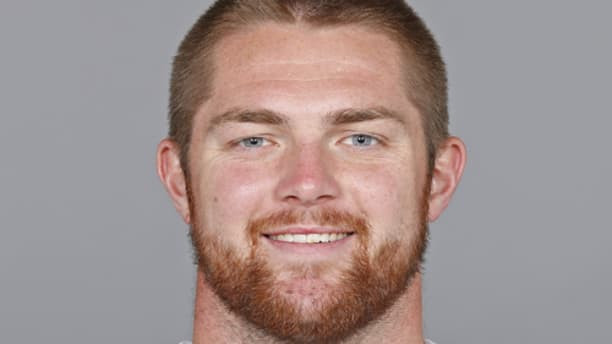 The World Anti-Doping Agency (WADA) has slammed a two-week suspension given to National Football League (NFL) player Luke Gifford after he tested positive for a performance-enhancing substance, claiming the sanction "brings into sharp focus the anti-doping problems that exist in the United States".

A WADA spokesman told insidethegames the ban given to Gifford, who plays for the Dallas Cowboys, "is nothing more than a slap on the wrist".

CBS Sports reported the reduced suspension was likely due to the 25-year-old, who has mainly featured for the Cowboys' special teams during his stint with the squad, returning a positive test for a stimulant or a masking agent.

Professional leagues in the US, including the NFL and Major League Baseball, are not signatories to the World Anti-Doping Code and are therefore not subject to the stricter bans that can be applied under it.

An athlete in a sport covered under the Code would expect to receive a ban of up to four years for the offence committed by Gifford.

The refusal from professional leagues to fall under the Code has been a constant source of friction between WADA and the US, which has threatened to withdraw its funding from the global watchdog over concerns with governance reform progress and its lack of representation.

The WADA spokesperson said it was "shameful that athletes from the professional leagues and college sports are being excluded from the protection provided when competing under the terms of the World Anti-Doping Code", adding the US leagues have created an unsafe environment for athletes with their more lenient anti-doping sanctions.

"Without meaningful deterrents in place, clean athletes are forced to risk their safety lining up against illegally bigger and stronger opponents," the spokesperson said.

"Others will inevitably feel that they have to take prohibited substances just to compete, thus putting their own health at risk.

"WADA stands ready to work with the US Anti-Doping Agency and the sports organisations in question to find a solution that will protect athletes' right to healthy competition and a level playing field."

The row between WADA and the US appeared to escalate during a meeting of the agency's Foundation Board earlier this month, after the organisation raised the possibility of sanctioning countries which unilaterally withdraw funding or threaten to withhold their dues.

A representative from the US Office of National Drug Control Policy (ONDCP) claimed that penalising public authorities that decide to withdraw funds was a "direct personal attack" on the US.

WADA insisted the agenda item was not aimed at the US, but President Witold Bańka conceded it had been triggered by the ONDCP's threat to pull its $2.9 million (£2.2 million/€2.5 million) funding to the organisation earlier this year.

The US and WADA have also clashed over the Rodchenkov Act, which gives US officials the power to prosecute individuals for doping schemes at international sports competitions involving American athletes.

The Act moved a step closer to becoming law earlier this month after it was approved by the Senate.